The Running Mate For Raila Odinga, Martha Karua, was unveiled yesterday at Kenyatta International Conference Center in Nairobi County to the cheers of millions of Kenyans on social media and those that attended the event. 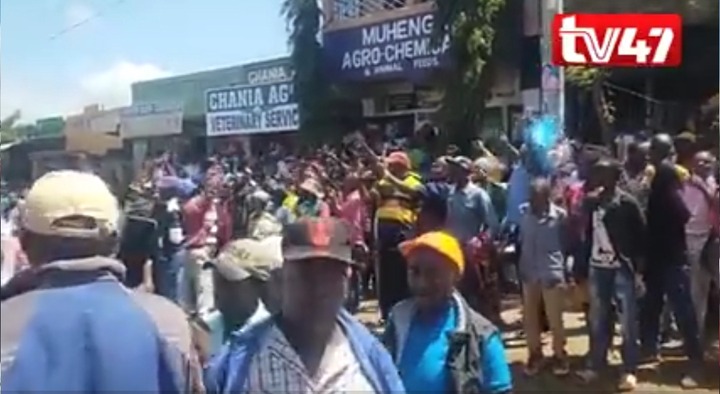 The choice of Narc Kenya Leader Martha Karua as the preffered running mate for Raila Odinga saw Kalonzo Musyoka exit the coalition and went his own way, announcing Sunkuli as his running mate moments later.

She has, however, faced an uphill task after she tried to address a crowd but a section of those that had gathered there, started shouting Ruto Chants preventing her from speaking.

Others however, were shouting back that Azimio and Baba is the way but the Ruto Chants were too loud for Martha Karua while at the town.

In the short video clip that has been widely shared on social media, Martha Karua will have an uphill task of convincing the residents of Kirinyaga County to vote for Former Prime Minister Raila Odinga.

However, chats of the opposition have been on every other rally that is attended by politicians and it is never a cause for worry.

What are your thoughts on Martha Karua being chosen as the running mate of Raila Odinga?

Picture courtesy. Image from the scene in Kirinyaga County where Karua is. 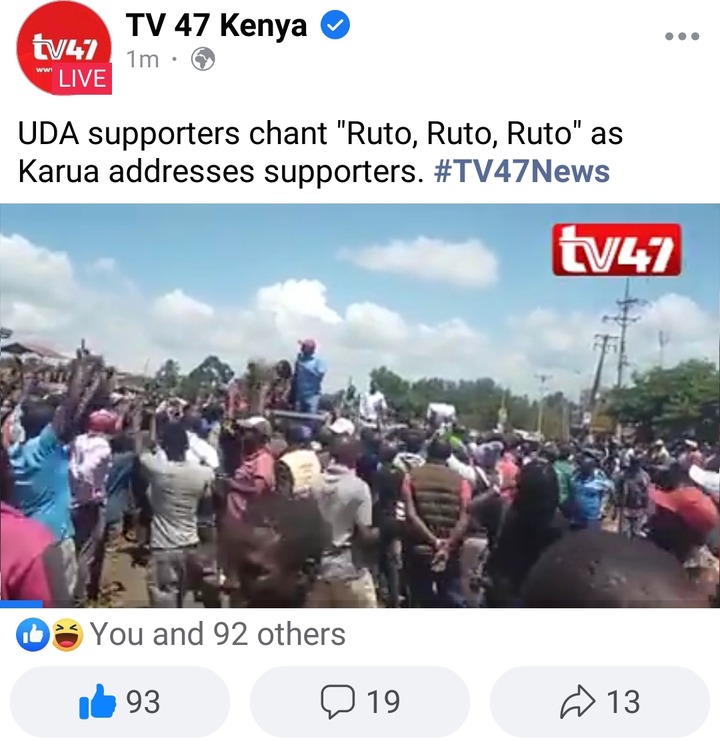 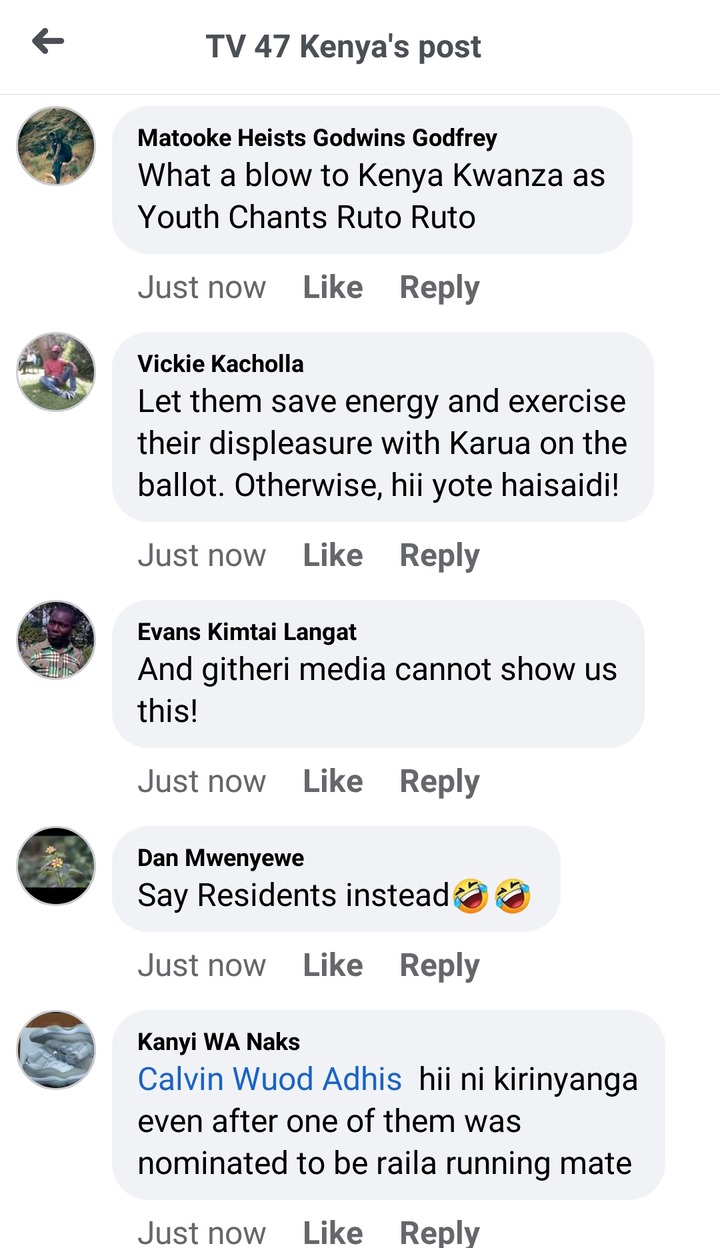 Kuria, Kabogo, Wamatangi And Nyoro Expected To Face Each Other Today At Inooro Tv