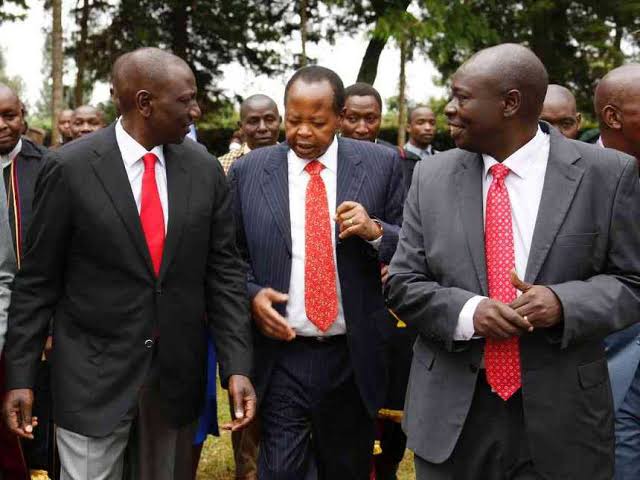 The Kenya Kwanza presidential running mate Rigathi Gachagua has sometimes made reckless remarks that have landed him in trouble. It is alleged that he is one of the leaders who has made Ruto lose votes. Speaking in Mathira Gachagua claimed that when they form the next government he will access his frozen assets of 12.5 billion and use it to help Kenyans. However in a morning interview on the politics of the nation analyst Bonke has raised concerns over his remarks. He said that, Rigathi Gachagua who is intending to be the deputy president is telling Kenyans that he is going to unlock his billions which were locked in the bank constitutionally.

The vocal analyst added that what they are saying is that when Ruto will be up there they will not respect Judiciary. Another lawmaker claimed that one cannot divorce Raila Odinga from the government. Anthony said that the Azimio camp cannot pride in him when things are done right and divorce him when they are done wrong. He said that Raila is an ally of president Uhuru Kenyatta. Mark Bichachi on his part said that Martha Karua has a track record as it is known how she quit being a magistrate to fight for the second liberation. He told Kenyans that they need to ask themselves if the desires of Rigathi Gachagua and William Ruto commiserate with the desires and dreams of Kenyans. 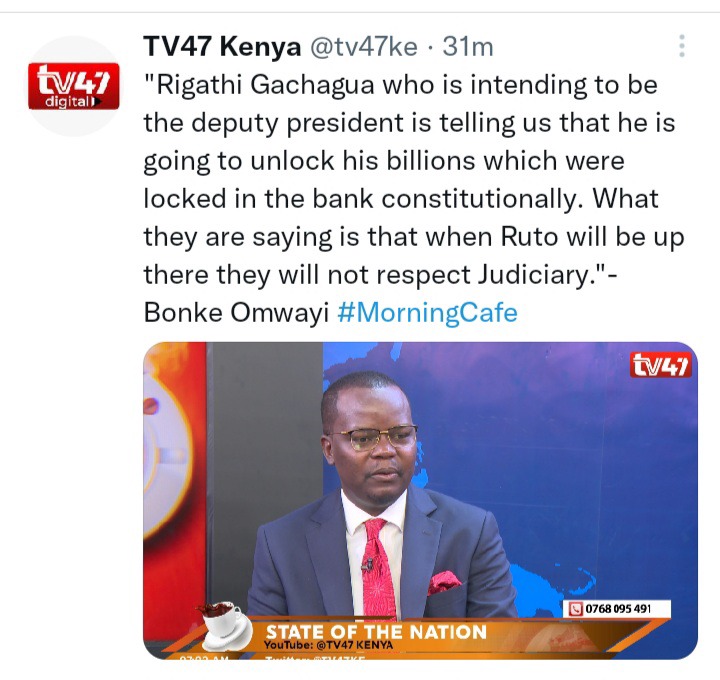 Makau Mutua Reveals Why They Lost Election To Ruto