I Helped Uhuru Register As A Voter, A Senator Now Says

By HE-Hinda-Edwin (self media writer) | 2 months ago

President Uhuru Kenyatta came into national politics back in 2002 when late President Daniel Toroitich Arap Moi chose him as his preferred successor. He vied for the presidency through the KANU party but lost to Mwai Kibaki. After that, Hon Kenyatta went silent and held a low profile in politics. He then served as the member of parliament (MP) for Gatundu South from 2002 to 2013 when he again contested for the top seat. In the coalition government between Hon Kibaki and Prime Minister Raila Odinga, President Kenyatta served as the Deputy Prime Minister from 2007 to 2013. 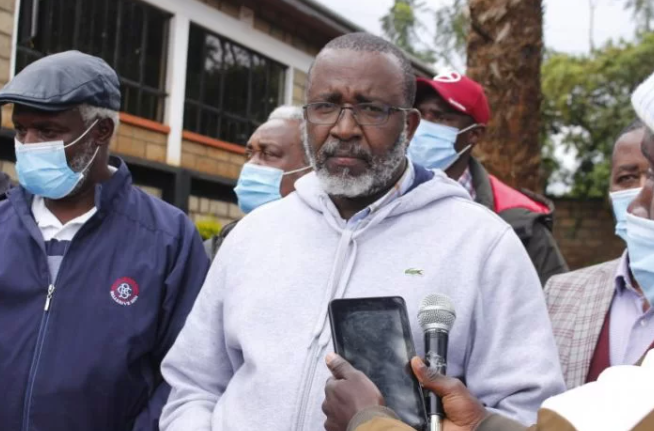 In 2013, President Kenyatta formed The National Alliance (TNA). He then worked together with current Deputy President DP William Ruto who by that time led the United Republican Party (URP). In line with this, Meru Senator Mithika Linturi flashbacks on how they took President Kenyatta to register as a voter in Icaweri, Gatundu South Constituency back in 2013. He explains that this was meant to encourage him to continue with his bid for the presidency after he wanted to give."Whatever Duale said is the truth, we know the president. We were there, we took him there, we pushed him there. I led a group of five people, we even took him to register to vote.We sat the whole day, organizing, Kabogo and I, and took him to register to vote, in Icaweri," Linturi stated in an interview on a local TV channel today. 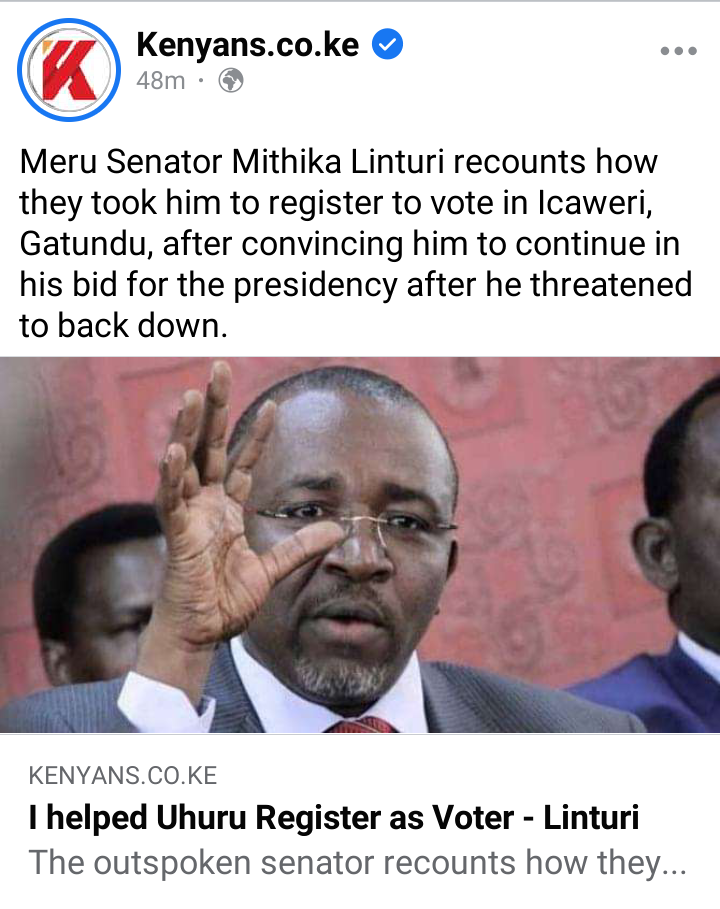 He also said how some members of the The National Alliance (TNA adviced president Kenyatta not stepdown after reports emerged that he wanted to back down and support Musalia Mudavadi of Amani National Congress (ANC)."I was the one, together with William Kabogo, Bahari Ali, Naomi Shaban and Walter Nyambati who stopped him from handing over to Mudavadi," Senator Linturi added.

“Huko Hakuna Uceleb" - How Joy Of Machachari Was Punished At University For Dressing Informally.

'Kamene Goro Is My Babe, She Has A Boyfriend' Jalang'o Denies Allegations On Dating His Co-host

"Kamene and I are not dating,"Jalas refutes the rumors.