By Tobokjunia (self media writer) | 1 month ago

While speaking to one of the nation's television shows, Polycarp Agathe said that he respects Sonko, but what he was doing was not right at all. 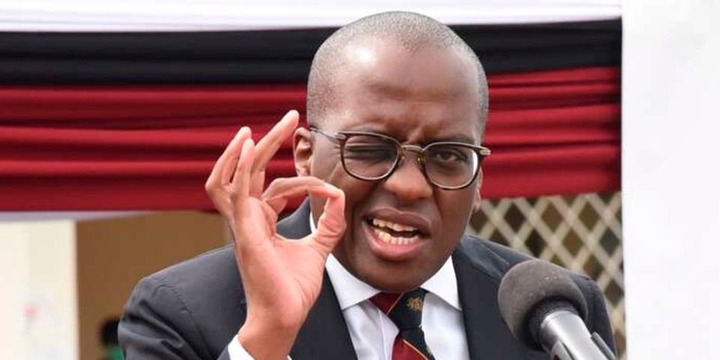 The technocrat who is vying on the Jubilee ticket under the Azimio la Umoja umbrella said, as a principal advisor of the governor, Mike Sonko fails to consult him.

He alleges that all the nominated MCAs in the county nominated under the jubilee party were people's girlfriends. And that made him resign.https://twitter.com/ntvkenya/status/1528787053575557121?s=20&t=Q33pFb0A4T-Kohu6AP8nVA 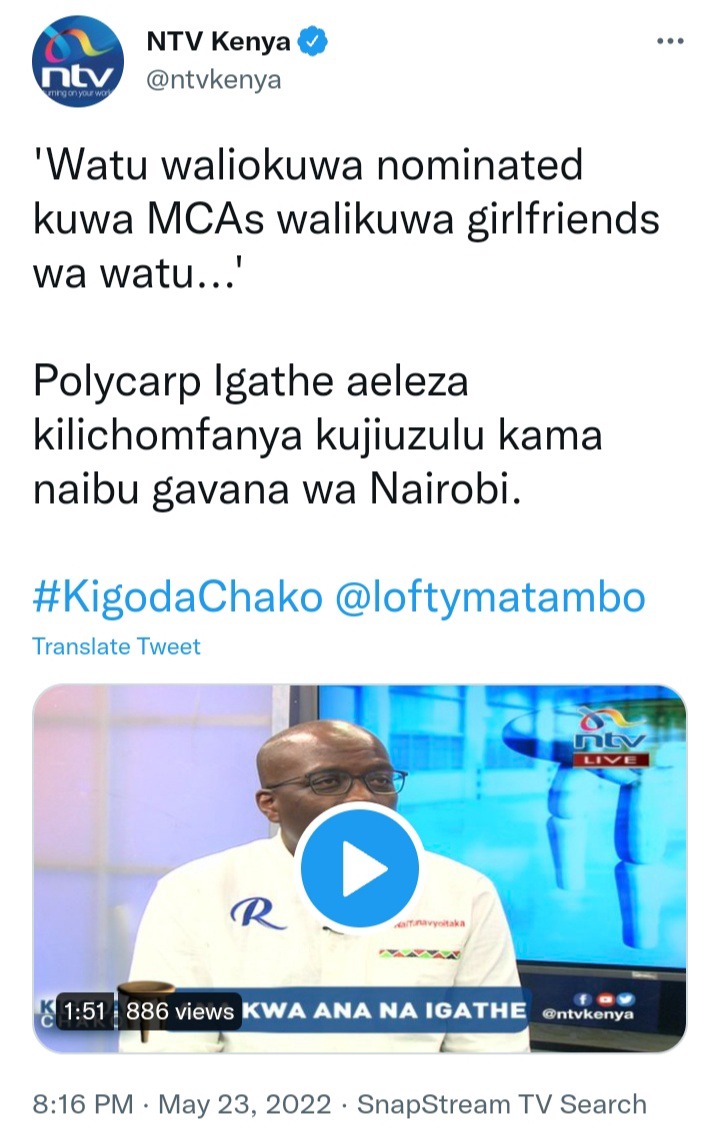 His resignation was criticized by then, when Sonko was left in office and most of the county operations stalled until the president came to the rescue and some dockets were transferred back to the national government, under the Nairobi Metropolitan Service(NMS).

Polycarp Igathe is now campaigning from street to street in a bid to be the governor in the 2022 elections, Believing he is the one to transform the city.

His entry into the race was controversial he appeared from nowhere when Tim Wanyonyi had already been given the ODM ticket.

He will be battling it out with Senator Sakaja, vying under the Kenya Kwanza coalition. It

Content created and supplied by: Tobokjunia (via Opera News )