By Majisifu2 (self media writer) | 9 months ago

Uhuru and doctor William Ruto have not been in good terms in their second term of leadership. Since the handshake the two Candidates have not been seen together in many occasions. What remains unclear is that, both Uhuru and Ruto have never come out clearly and declared the reason why their relationship fell apart. 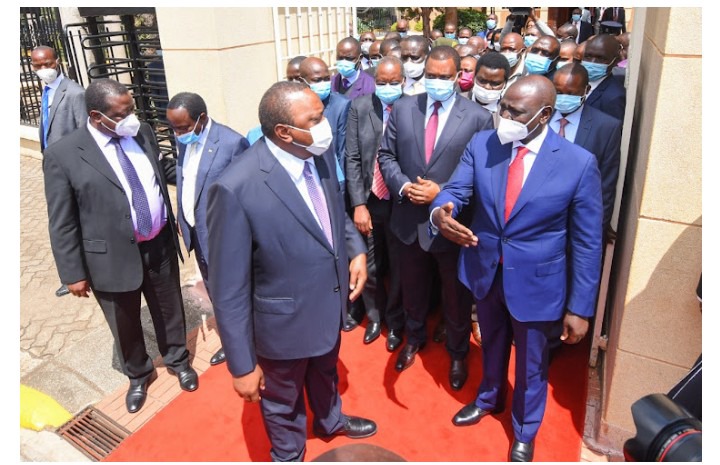 In this article we are going to look at the reason why Why Uhuru and Ruto's previous reunion efforts did not bear fruits. According to the star is is reported that the the parties exchanged some texts that were bitter in a way. That being not enough the texts were said to be read by their close allies.

Taking on their Platform the Star Wrote the following on their Platform, "John Cardinal Njue and other clergymen tried to reconcile President Uhuru Kenyatta and Deputy President William Ruto last year but failed, the Star has learnt. Multiple sources close to the President and the DP said National Assembly Speaker Justin Muturi initiated the first attempt in January last year after relations between the two deteriorated", Star Wrote. 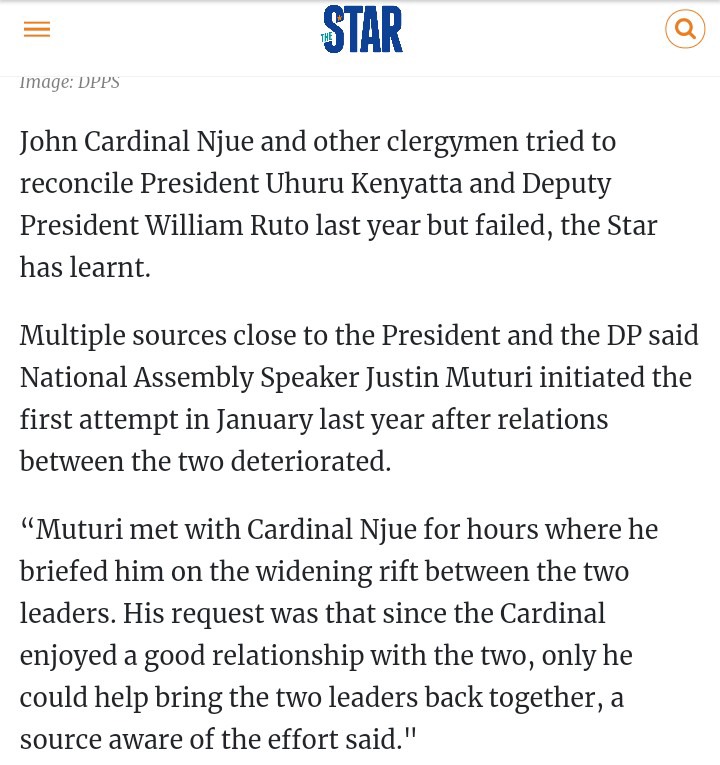