By Kaptila (self media writer) | 27 days ago

Already, Mt Kenya has been flipped into a battlefield region that could swing the 2022 State House bid of any serious presidential contender amid the political uncertainty rocking the landscape. It has been restless over its future as President Uhuru Kenyatta's term comes to an end in August next year. Having not identified a strong political figure to take over as the region's supremo, leaders are jostling to be Mt Kenya spokesperson. A split in the vote-rich Mt Kenya region between the dominant west and their east.

A section of Mt Kenya Political leaders and Members of Parliament have thrown their weight and resolved to back Deputy President William Ruto in his 2022 presidential bid. 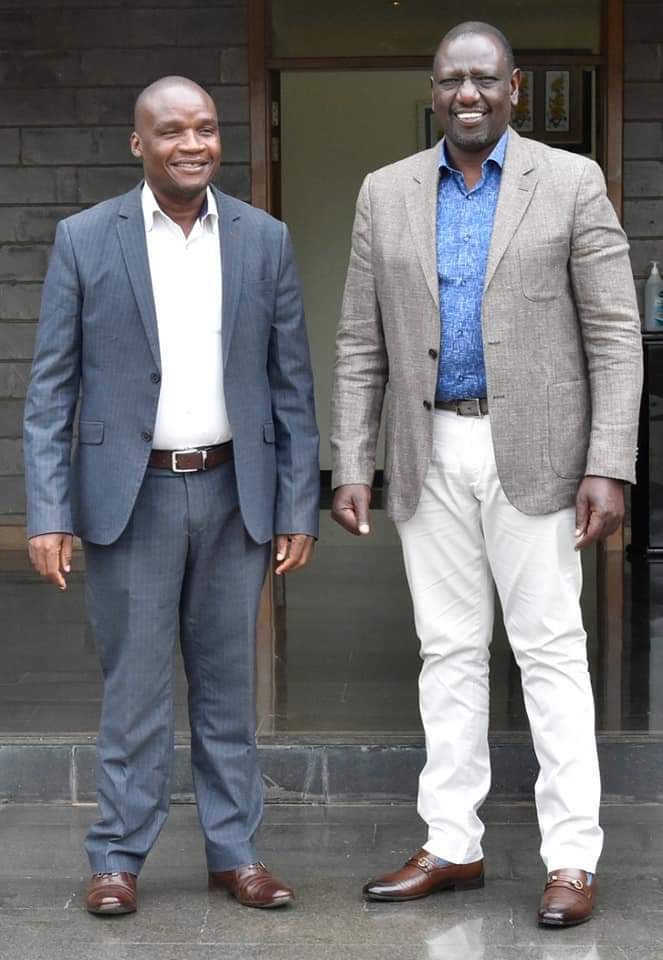 They are urging Mt Kenya residents to be part of the new non-tribal, non-sectarian political dispensation under the United Democratic Alliance (UDA) party anchored on the new revolutionary bottom-up economic model. The MPs come from the 11 counties of Mt Kenya which include Meru, Tharaka Nithi, Embu, Kirinyaga, Nyeri, Murang’a, Kiambu, Nyandarua, Laikipia, Nakuru, and Nairobi. 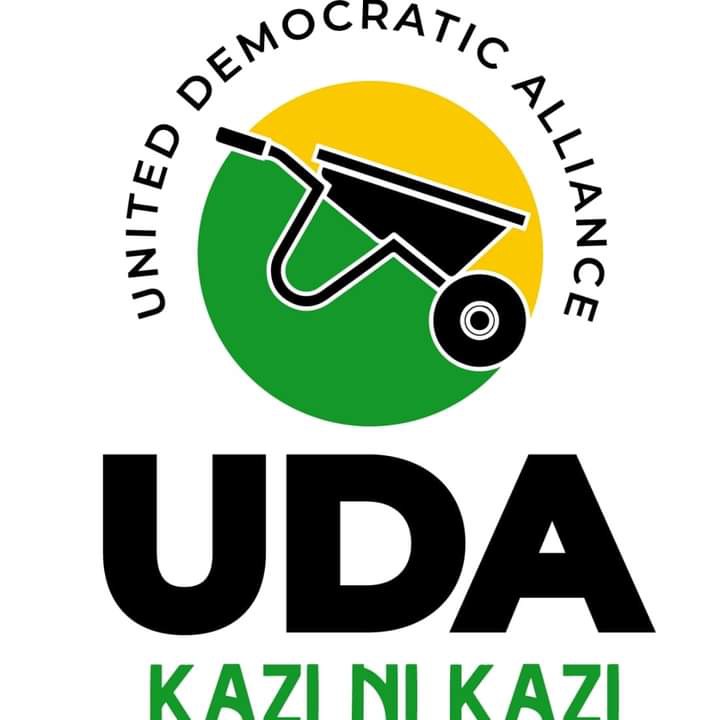 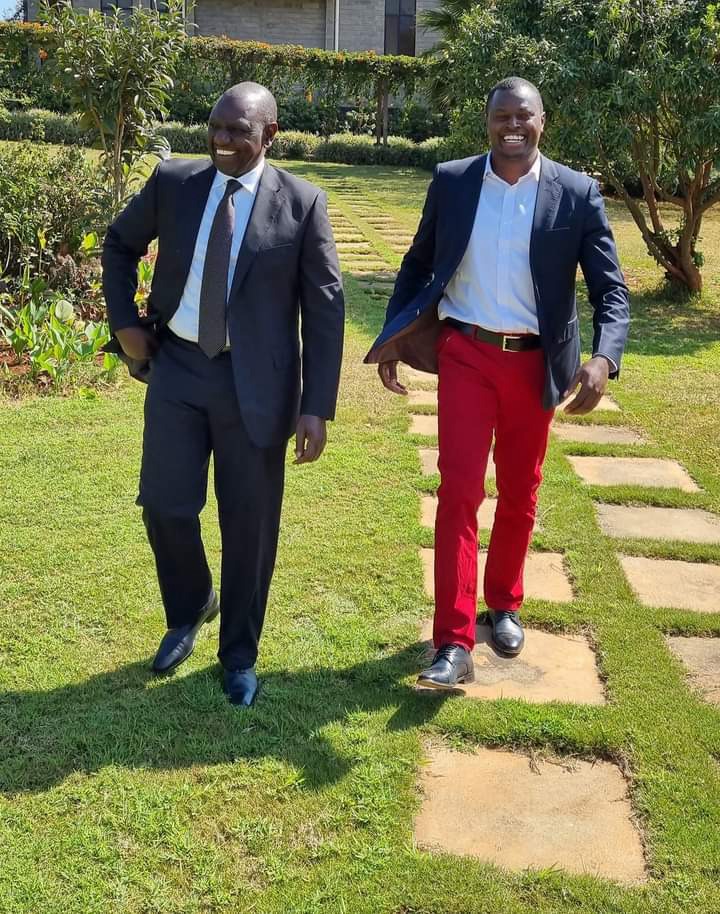 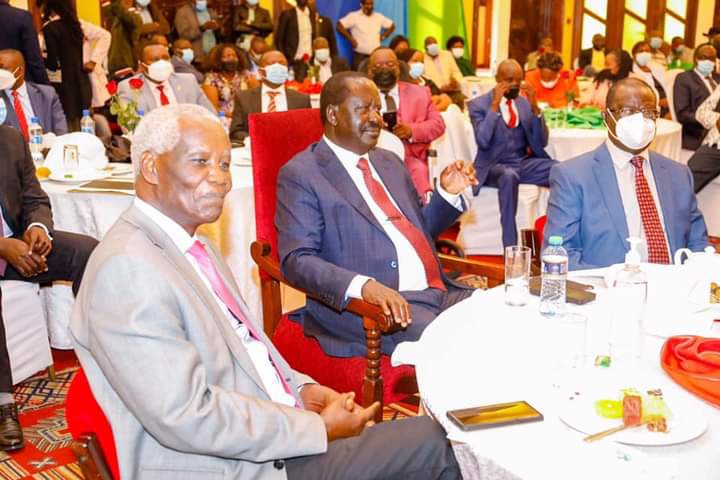 The politicians vowed to dismantle political propaganda used against Raila for years in the region that has always voted against him to the last man. They want to dispel claims that he is an enemy of Mt Kenya.

Raila Odinga has assured residents of Mt Kenya region that he has good plans for the region. 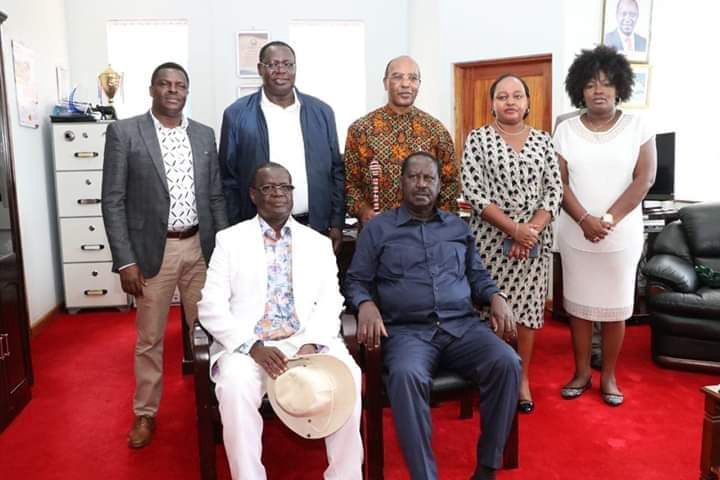 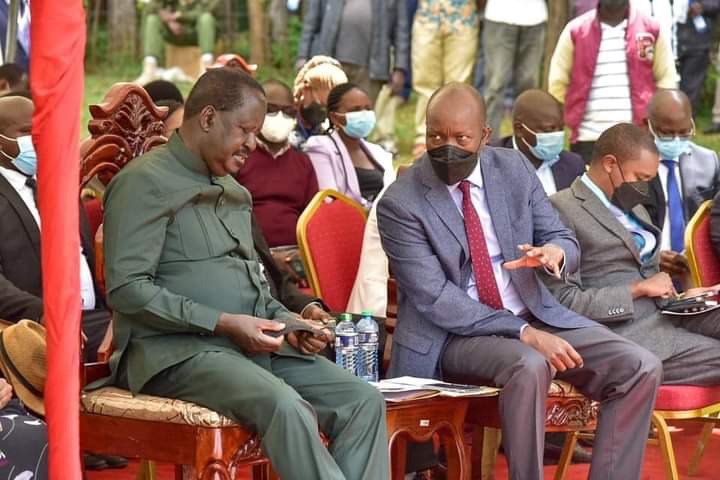 Mr Kioni has been on record challenging his residents in Nyandarua County to end Raila phobia in central Kenya, though he acknowledged that it may prove difficult to change people who have been brainwashed that Raila was their enemy.

Narc Kenya party leader Martha Karua was unanimously elected as an interim spokesperson by a section of political leaders for the Mount Kenya Region in a consultative meeting held in Naivasha, Nakuru County. 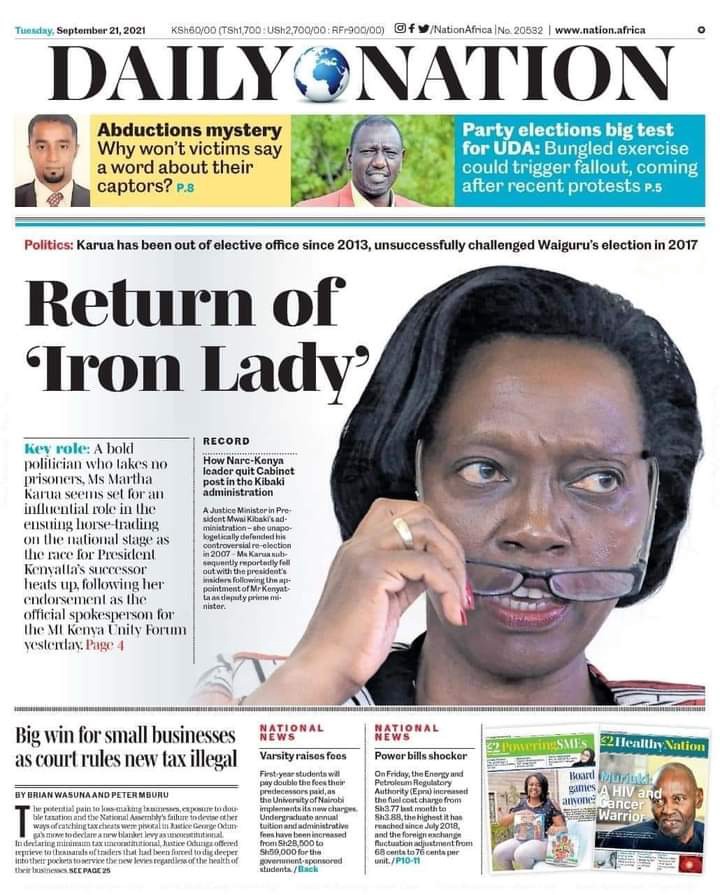 The meeting was attended by former Agriculture CS Hon Mwangi Kiunjuri, Gatundu South MP Moses Kuria and former Kiambu governor Hon William Kabogo. The faction believes in negotiating with Ruto from outside is being led by Kuria and Kiunjuri. Previously, Kiunjuri and Kuria had declared that they will be forming an alliance that will consolidate the region’s votes and negotiate with Ruto on the region’s stakes should he form the next government. 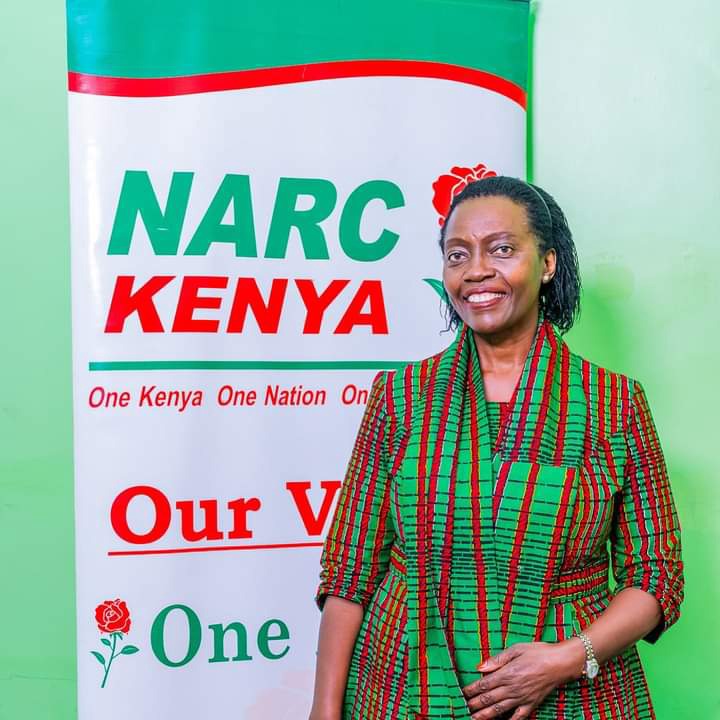 The group is working on a blueprint that would be served to all presidential candidates seeking votes in the region, known for voting as a bloc. During the 2007 election campaigns and the violence that followed, Karua emerged as the leading voice of President Mwai Kibaki's supporters. 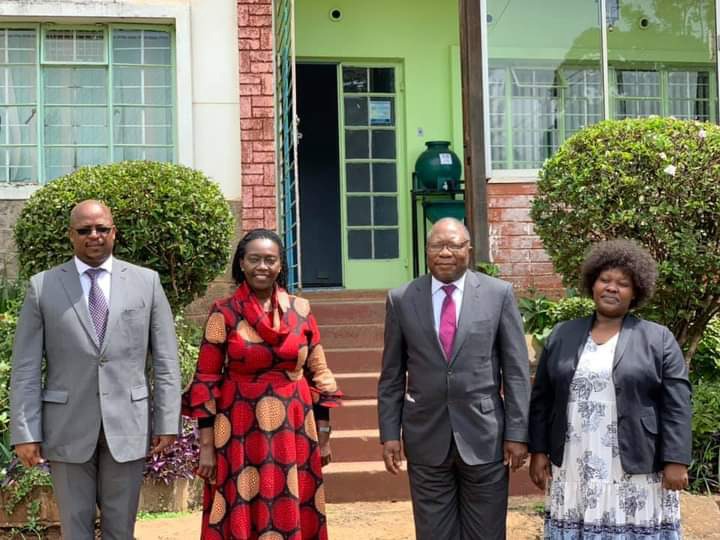 This group is keen on reading from the same script with President Uhuru Kenyatta. 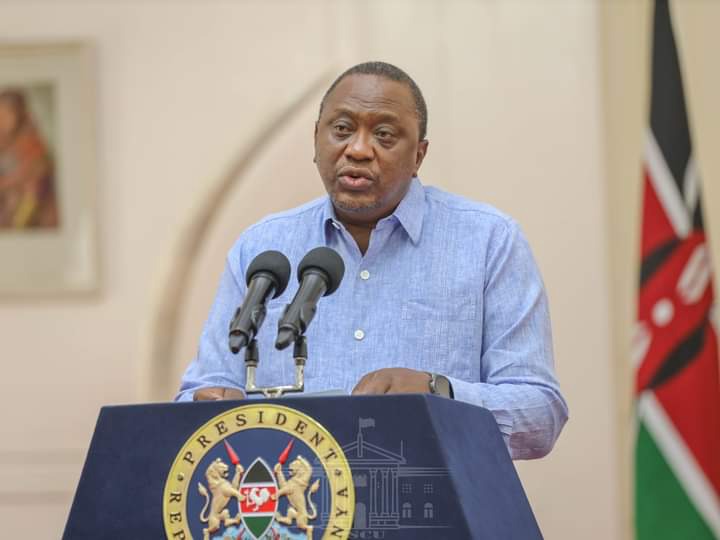 They are about rebranding the ruling party, Jubilee to form an alliance with Raila Odinga’s ODM and has the blessings of among others, former presidential candidate Peter Kenneth, Ngunjiri Wambugu (Nyeri Town), Kanini Kega (Kieni), Amos Kimunya (Kipipiri) and Jubilee Vice Chairman David Murathe. 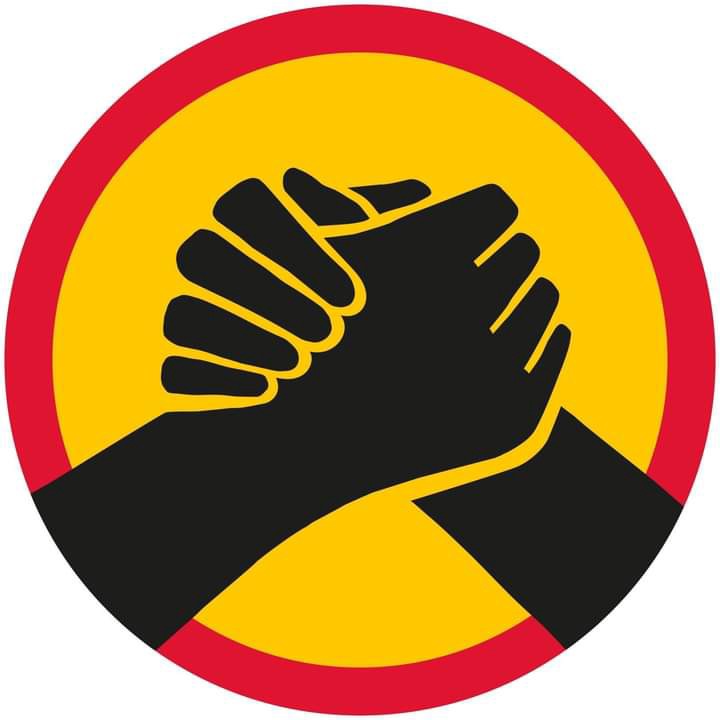 Wambugu believes the ruling party will revive its lost glory by next year. He says the party has established measures to conduct an overhaul of leadership structures, which will be through by December 20. Though President Uhuru Kenyatta is increasingly being deserted by his allies in Mt Kenya, complicating his succession game plan. 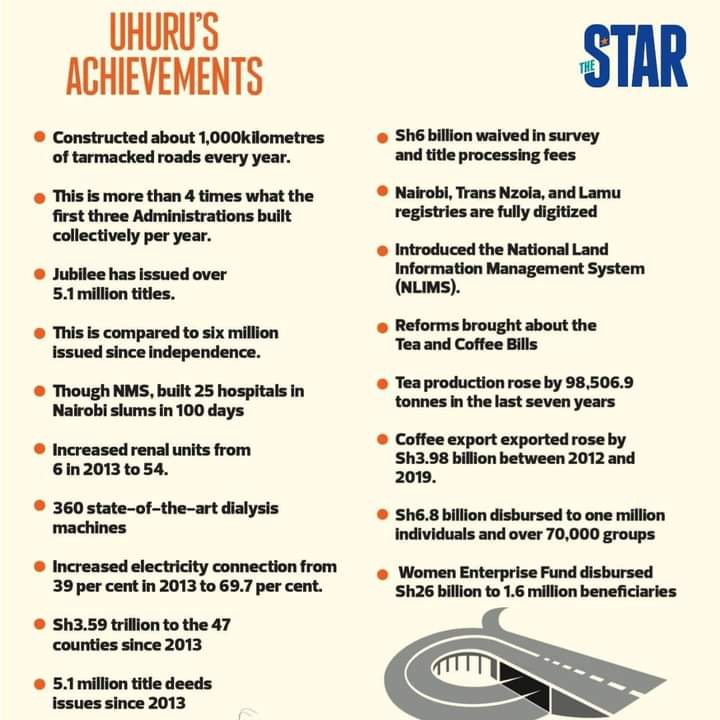 Political bigwigs in Mt Kenya East are positioning themselves to take over the Restore and Build Kenya Party. Justin Muturi is part of political leaders who have been championing political vehicles for Mt Kenya East ahead of the 2022 general election. 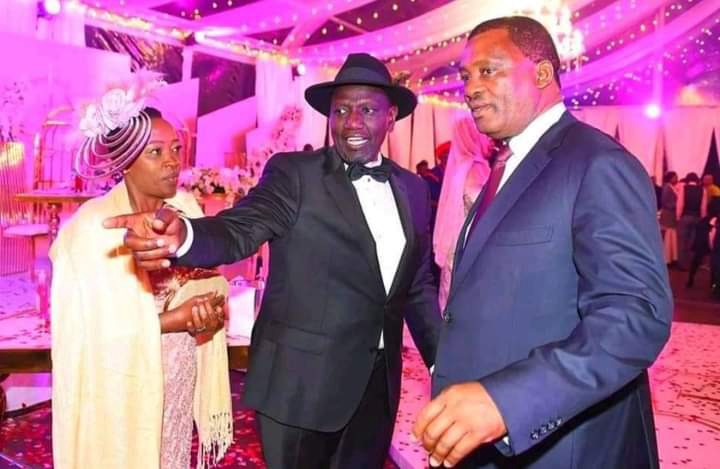 He is the seventh Speaker of the National Assembly of Kenya, in office since 2013. He is the first Speaker to serve following the reestablishment of a bicameral Parliament, as mandated by the 2010 Constitution. He has been on record recently attacking President Uhuru Kenyatta over his leadership style. He accused the president for the purge of DP’s allies in Parliament last year, accusing the party leadership of dictatorship. 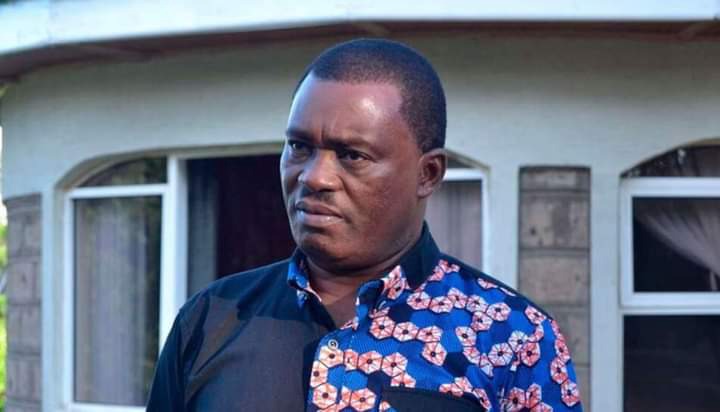 The leaders together with former Embu Senator revealed that they will gang up and rally all leaders in Mt Kenya region behind it then the mountain will gang up and propel the party nationally. The leaders have resorted to take control of Restore and Build Kenya party in a move that's expected to intensify factional wars in the region. 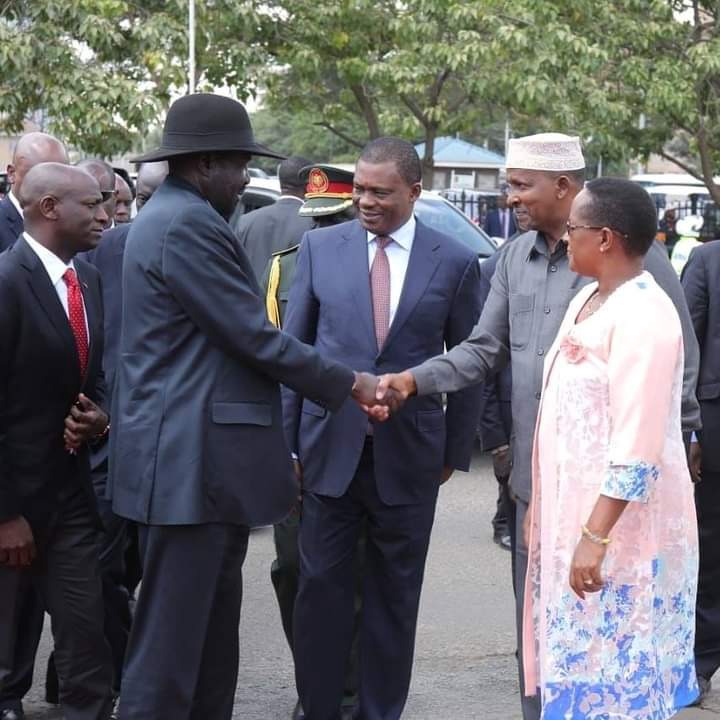 The faction adds to the growing list of outfits associated with prominent figures in Mt Kenya, a region at a crossroads with President Kenyatta retiring next year.