By TitusTum (self media writer) | 4 months ago 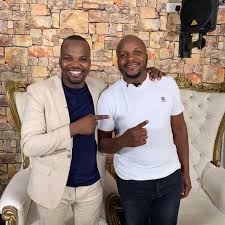 It is the political season and each person interested in politics has been working with zeal to impress the voters . Kenyan celebrities have not been left aside , they have come out in large numbers to vie for different political seats in various parts of the country . Here are a few top celebrities eyeing political seats .

Felix Oduor popularly known as Jalang'o has been a media personality working at different media stations . He is currently working at Kiss FM in s morning show . Jalang'o will be vying for the Langata parliamentary seat using the Orange Democratic Movement party ticket .

MC Jessy is a comedian and also a host in the Churchill show . His real name is Jasper Muthomi . Mc Jessy will be vying for the Imenti South parliamentary seat using the United Democratic Alliance party ticket . He joined the party last week when he went to meet the deputy president William Samoei Ruto in his official office in Karen .

Rufftone is a Kenyan gospel artist . He announced last year mid November that he would vie for the Nairobi senatorial position . He has not announced the political party that he will be vying with .

Mwanaisha Chidzuga works as a News anchor in a famous top television station in Kenya . Her late mother Zainab Chidzuga was the Kwale women representative from the year 2013 to 2017 . She will be vying for the Matuku parliamentary seat on a United Democratic Alliance party ticket .

Content created and supplied by: TitusTum (via Opera News )

Kitale Man Says Kibaki And Uhuru Have Been Rigging Raila Since 2007, Thanks Uhuru For Joining Raila