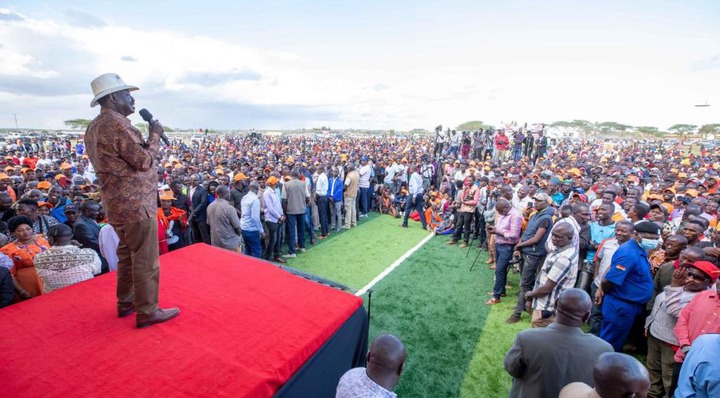 He says when MULU MUTISYA held the Wiper party boss Kalonzo Musioka's hand and took him to KABARAK where he was anointed the Leader of the larger Kamba Nation, he expected that Kalonzo would unite all the Kamba peoples and bring prosperity.

Instead of doing so, Kalonzo is allegedly overseeing the systematic destruction of Kamba Unity.

Waita says he respect Kalonzo deeply and he knows it, but they must look back & ask why did Musila, Johnson Nduya Muthama has, Charity Ngilu, Kivutha Kibwana all walk away:

"Could they all be wrong? Why didn’t Stephen Kalonzo Musioka has use the spirit of MULU to resolve the issues between himself and our leaders for the sake of our people?"

Waita details that Kalonzo's strange ideas of democracy don't bond well for the future of the Kamba Nation as a whole and specifically the People of Machakos.

"His demands to Raila Odinga on zoning MACHAKOS as a WIPER ONLY COUNTY is setting the stage for the ultimate political isolation of our people." He said.

Waita say if Azimio succumbs to Kalonzo's blackmail the Kamba Nation will book an early seat on the opposition benches where they shall sit for another 10 years.

"Another 10 years of underdevelopment, another decade of isolation,another lost generation. The destruction will be complete." He added.

He insights that Mulu Mutisya is turning in his grave, his people are at the precipice, staring at complete isolation.

He urged Kalonzo to stop his demands to zone Machakos, if he is so confident about his candidate.

"Let people decide, do not rob them of their future. Thu will never forgive you."

He note that Azimio was about uniting the country behind a leader with whom the future of our children & their children was safe.

"That leader remains Raila Odinga and with or without the support of Kalonzo we shall rally oor people behind #AZIMIO ni hayo tu kwa sasa."

William Ruto Ahead Of Raila In Murang'a And Nyandarua So Far With Over 80% Of Votes Cast.