Former Presidential aspirant mwalimu Dida has not been left out of the fight against Deputy president William Ruto that is being sought by every politician who wants to seek attention.

Ruto found himself on the wrong side when he decided to start early campaigns Instead of helping his boss accomplish his legacy therefore making himself open for condemnation.Taking to his Twitter handle, Dida lashed out at Ruto, saying he is the only thief among the senior leaders who appears to care about Kenyans. 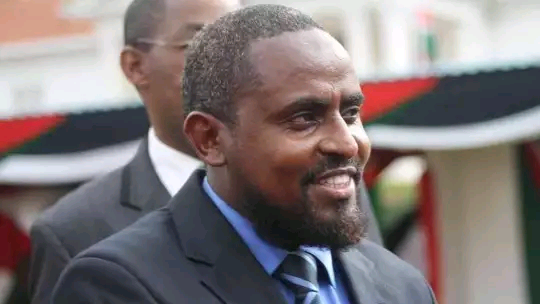 This is because Ruto donates huge amounts of money in churches and Harambees frequently of which its source is not yet established. This makes his rivals conclude that the money is looted from public resources and he is only giving what belongs to the people.

According to Dida, the Alliance for Real Change (ARK) leader, Ruto was good at making false promises, a character perpetuated by preachers. He noted that the DP does not fit to be a president because the office needs somebody who is not only good at making promises but also keeping them, and told Ruto to try pastoring. 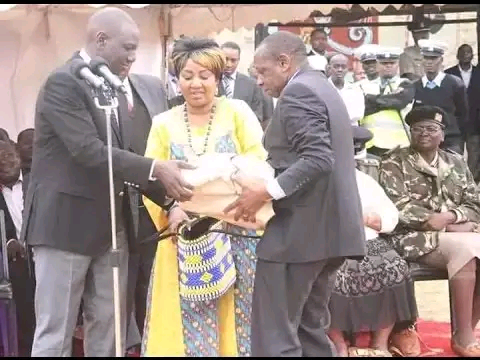 "I DON' T HATE the DP. Of all the thieves in senior leadership positions, he is the only one that appears to care. "He can be a good preacher, just not a president.

A preacher doesn' t have to prove or keep his/her promises. But a president MUST be able to live up to his/her words" Abduba Dida tweeted.

Dida joins the list of many Ruto critiques who have been pouring water on him because the think he is the corruption Lord. 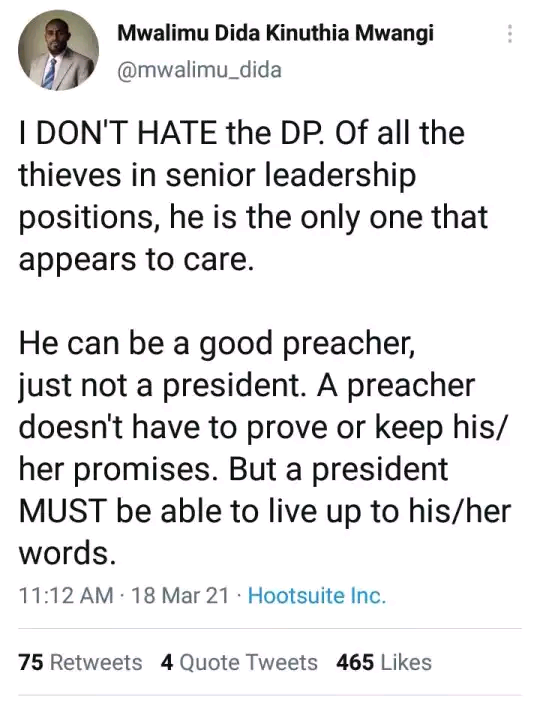 He has been linked to several scandals involving huge lamps of money but has never been found guilty. According to him, all this are witch hunt plans by his rivals aimed at stopping his 2022 presidential quest which he insists is unstoppable.