Aden Duale Slams Uhuru, Takes On Those Behind His Speech as He Passed By [Video] 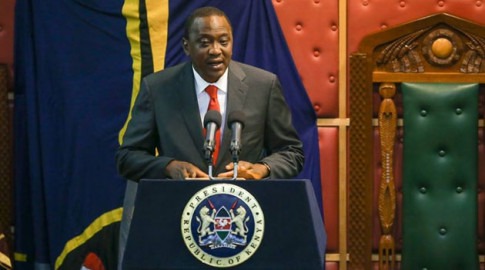 Shortly after President Uhuru Kenyatta concluding his State of the Nation Address which took close to three hours, there's an interesting scene that unfolded while just as he was leaving the Parliament back to State House.

The scene unfolded within the Parliamentary premises and outside the National Assembly Chambers as journalists tried to capture the reactions of legislators that had attended the address.

NTV's Kennedy Murithi was just interviewing legislators randomly when he succeed in convincing the Garissa Town MP Aden Duale to participate in the same.

Upon accepting to be interviewed, Aden Duale took a moment to passionately speak on what the President missed and where he went wrong in that address.

He started by saying that "the President has missed the point. The State of the Nation Address is in the constitution and he was supposed to address the achievements of his administration as well as his compliance to various national values but he went out of his way."

That for instance "he came in very late and basically used his time to attack and abuse the legislature."

Just as he was speaking on how the President attacked the legislature, the president appeared from the back accompanied by the two Speakers and other State Officers as he greeted some individuals along the way.

As this was happening, Aden Duale just proceeded with his speech speaking on how the president humiliated the judges that were also at the gallery.

He proceeded by highlighting the issues that the President failed to mention in his address, among them being the national values, respecting of court orders, extra judicial killings and the national debt.

He then took a moment to lecture the President's speech writers for preparing an unnecessarily long speech.

That "to people who write the President's speech, give the president a summarized speech. Don't give him a speech that can fill a whole box." 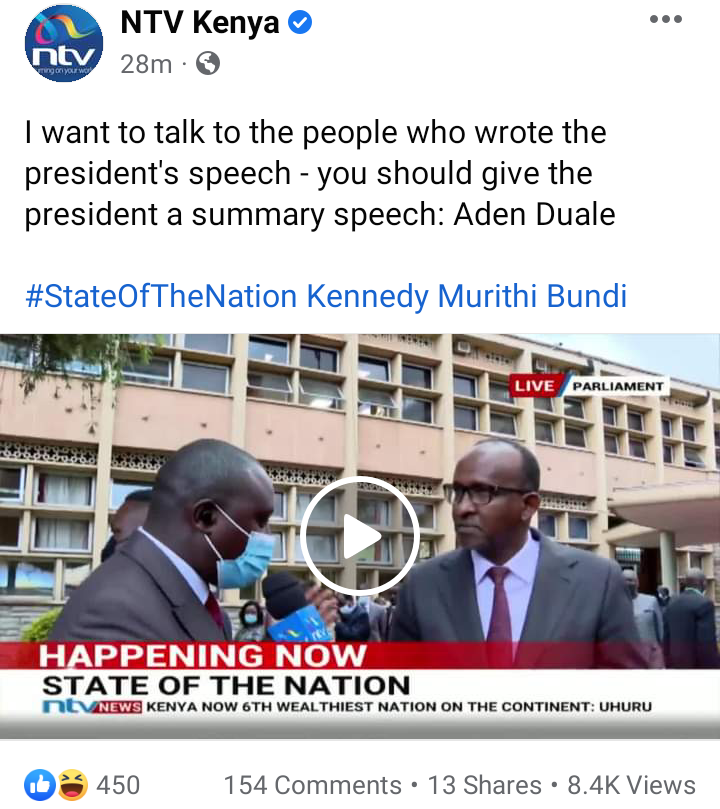