By Okiondo (self media writer) | 6 months ago 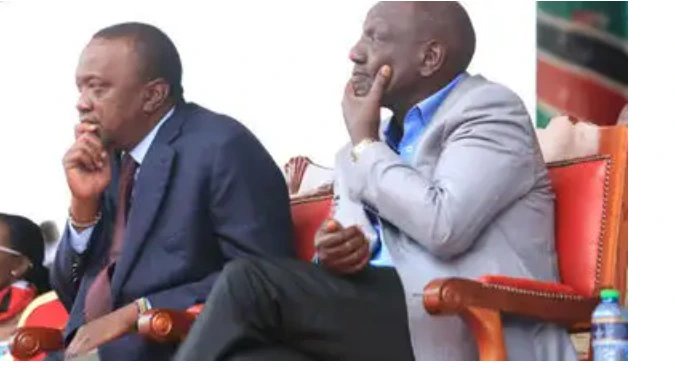 As election fever appears to have taken hold of the country, with a number of Cabinet Secretaries resigning to join DP Ruto's United Democratic Alliance party in an attempt to run for political office, a close ally of President Uhuru Kenyatta is now stating that, while he is uncomfortable with William Ruto for disrespecting the president, he has never refused to pick up his calls. At the time, Eugene Wamalwa, the Defence Cabinet Secretary, was speaking during an appearance on TV's Kigoda Chako, which was presented by Salim Swaleh, the station's presenter.

Eugene Wamalwa was fairly candid in his response to his host's inquiry about the president's relationship with his deputy and the cabinet's overall coherence.

He confessed that he does have disagreements with his supervisor, the vice president, about his lack of regard for the president.

Nonetheless, he stated emphatically that he has never shunned or neglected the second-in-command, adding that their disagreements are strictly professional in nature but that they remain friends.

The country has recently witnessed public spats between the vice president and several cabinet secretaries, including Fred Matiang'I and Joe Mucheru.

CS in Support of Devolution Charles Keter, PSs Julius Muia (Treasury) and Julius Korir Julius (Devolution), attended the Intergovernmental Budget and Economic Council (IBEC) at the DP's Karen official residence, which was chaired by the DP.

The Chairman of the Council of Governors was also present at the meeting, which was chaired by Embu Governor Martin Wambora.

Provisional Presidential Results: Ruto Hits 51.73% While Rails Trails Him With 47.64%.