By Kaka-james (self media writer) | 9 months ago

The wiper party leader Kalonzo Musyoka now says that he will begin to consider options if Raila fails to choose him as his Running mate in the forthcoming august Elections. 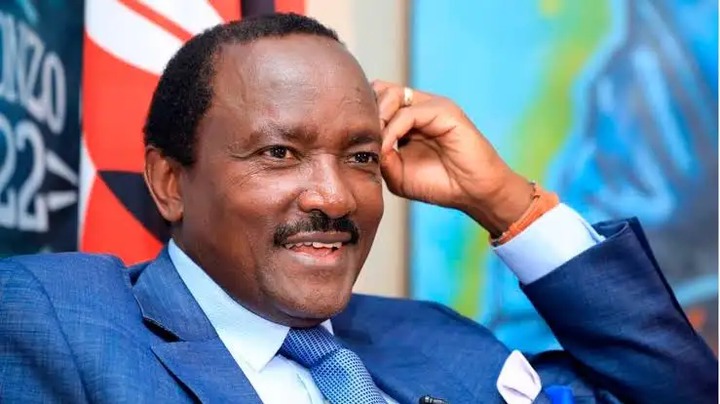 In an interview on Monday night May 9, Musyoka said that if he won't be Raila's Running mate, then a majority of the Akamba votes due unto him will most likely go to the Deputy President William Ruto.

"If I am not picked, it's obvious that all the votes due unto me may troop to Ruto's direction. Is that what they want?, It's rather obvious," Kalonzo was quoted by the standard.

The former Kibaki's Vice President further alleged that there were forces within the ODM party and the Azimio Coalition that are working ways to sabotage Raila Odinga's Presidency and it is why they are opposed to his Running mate bid.

Musyoka added that he will abide by the request of his Supporters should he fail to get the Running mate position saying if they demand that he should join another coalition then he will.

According to Mr. Odinga's press Secretary Denis Onsarigo, Musyoka will appear today for the Running mate interview panel, even though he has been opposed to the idea saying that it was demeaning to him. 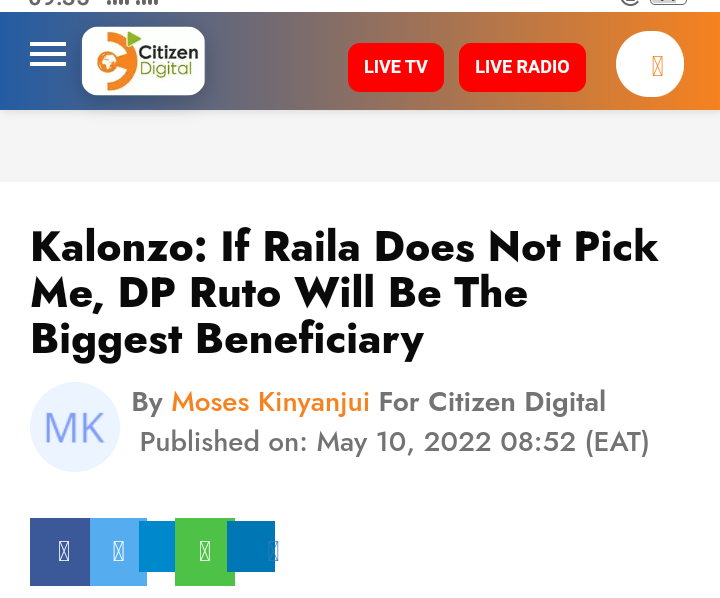 Content created and supplied by: Kaka-james (via Opera News )