William Kamket is the incumbent member of Parliament representing Tiaty constituency having won the 2017 election on a Kenya African National Union (KANU) party ticket. In this article, we take a look at his impressive academic record that propelled his successful career in the corporate world. 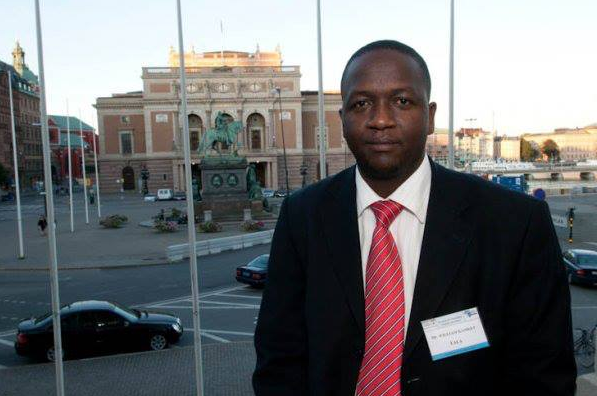 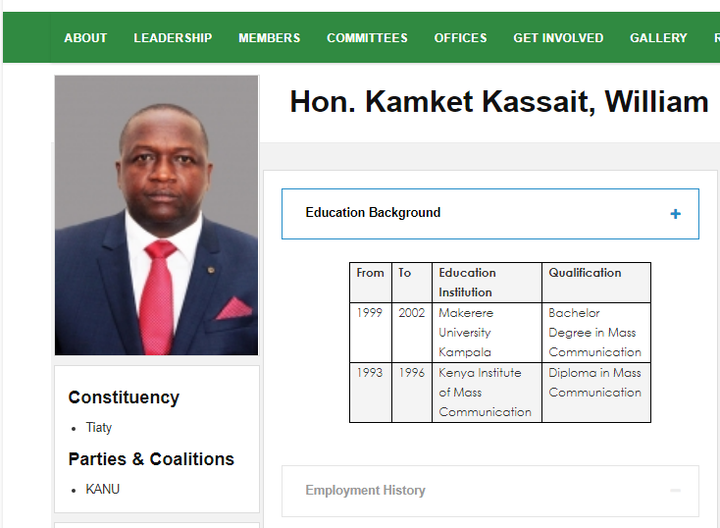 His industrious career in the corporate world started in 1996 when he joined Nation Newspaper as a reporter and a year later he got the opportunity to work as a Hansard Reporter at the National Assembly but he resigned in 1998 to join Makerere University. After his graduation, he rejoined the media world as a correspondent for The East African Weekly, a position he held for 2 years. Later he rejoined the National Assembly as a Hansard Reporter and after three years he was promoted to serve as an editor at the East Africa Legislative Assembly from 2008 to 2013. His immense work experience enabled him to contest for the Baringo County Assembly Speaker seat which he won and served in that capacity up to 2013 when he tossed himself into politics to vie for the Tiaty Parliamentary seat. 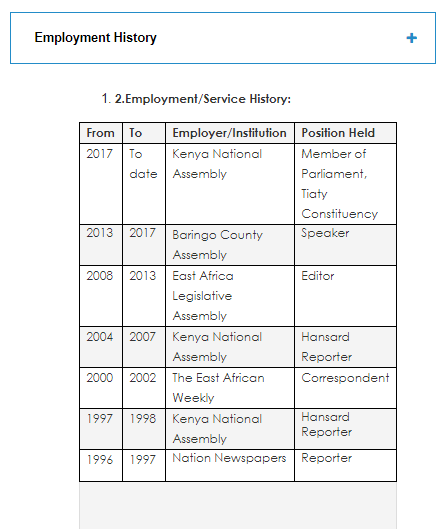 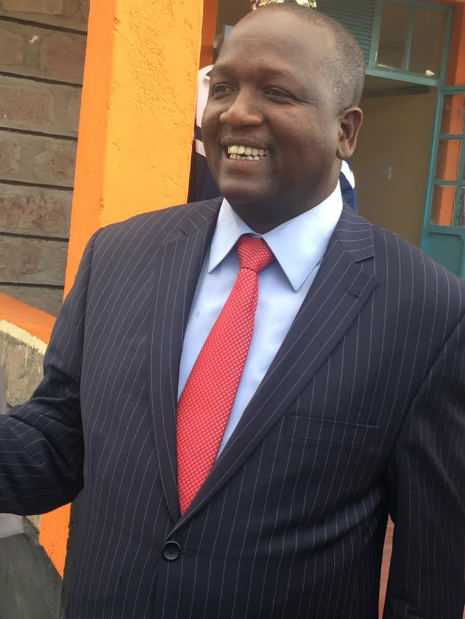