The deputy president of Kenya, honorable William Ruto has called out the former prime Minister of Kenya and Orange Democratic Movement party leader, honorable Raila Odinga for claiming that he was used to climbing the mountain more than him.

Ruto who was speaking to a group of his supporters claimed that it was so unfortunate that the former prime Minister of Kenya only came to realize that he needed the people from Mount Kenya now. 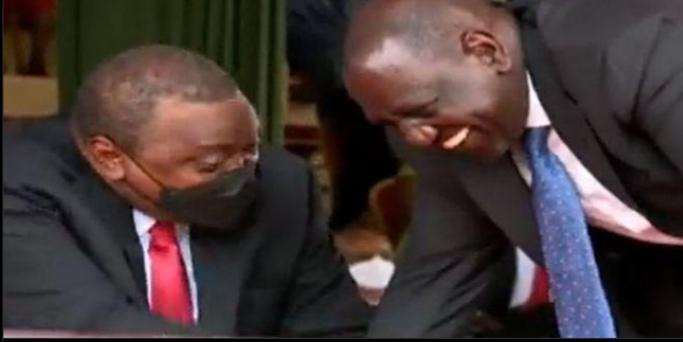 In his own words, Ruto who also called out honorable Raila Odinga for promising to give ksh. 6k to unemployed Youths has said that kenyans don't need handouts but instead, needed methods that would make them get their own sources of income.

At the same time, Raila said that he was going to revive the Miraa industry claiming that it had no effect on Youths. In an incident that happened a few days ago, Raila Odinga who spoke during the Mashujaa day said that he was a man who had climbed the mountain days before the deputy president of Kenya.

According to the reports given by the former prime Minister of Kenya, he said that he is a man who knows the problems of the people of Mount Kenya. Replying to this, Honorable William Ruto has thanked President Uhuru Kenyatta for allegedly giving him clues that he is currently using to win people from Mount Kenya.

Honorable William Ruto who revealed what president Uhuru told him said that the president had urged him to make friends with Youths from Mount Kenya, listen to all their problems and find a way to solve them. According to Ruto, he said that this trick was given to him by Uhuru which Raila has doesn't know about. 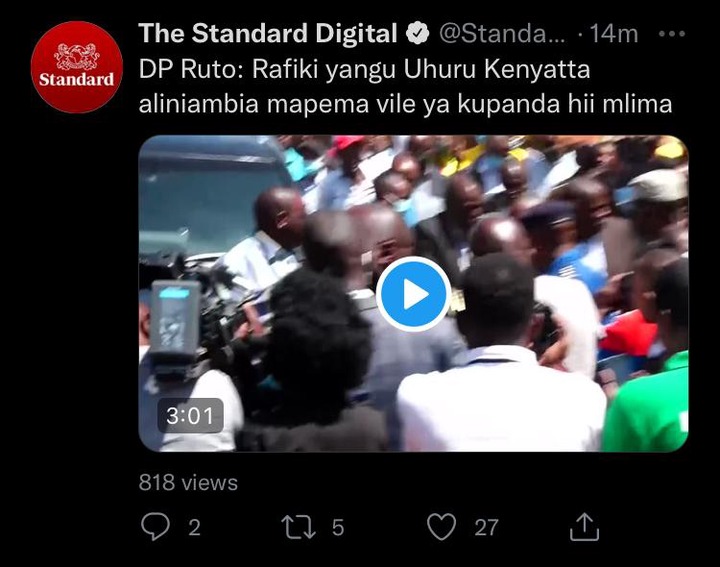