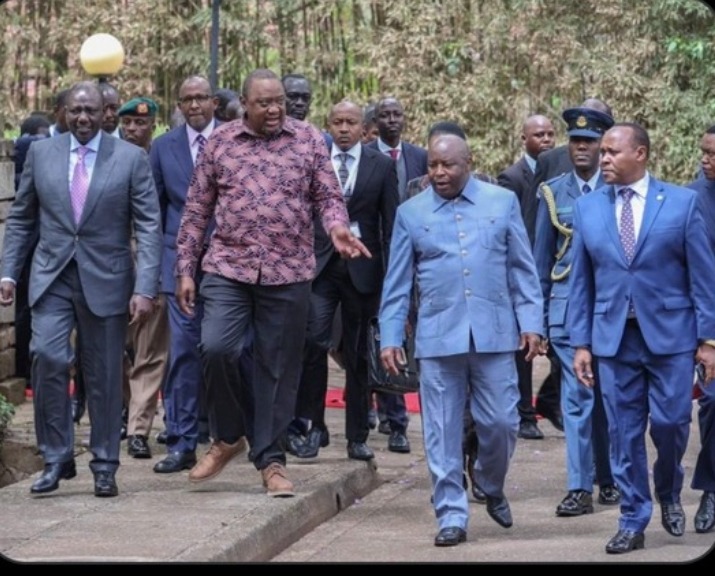 Ex-president Uhuru Kenyatta who is the facilitator of the East African Community (EAC) and head of state attended the official opening of the third inter-congolese consultation of Nairobi peace process, the political track, at Safari Park hotel in Nairobi.

However reacting to the photo of Uhuru kenyatta, Ruto and other incumbents, United Democratic senator has blast at Uhuru Kenyatta for breaking the protocol something he described as lack of respect to President William Ruto. 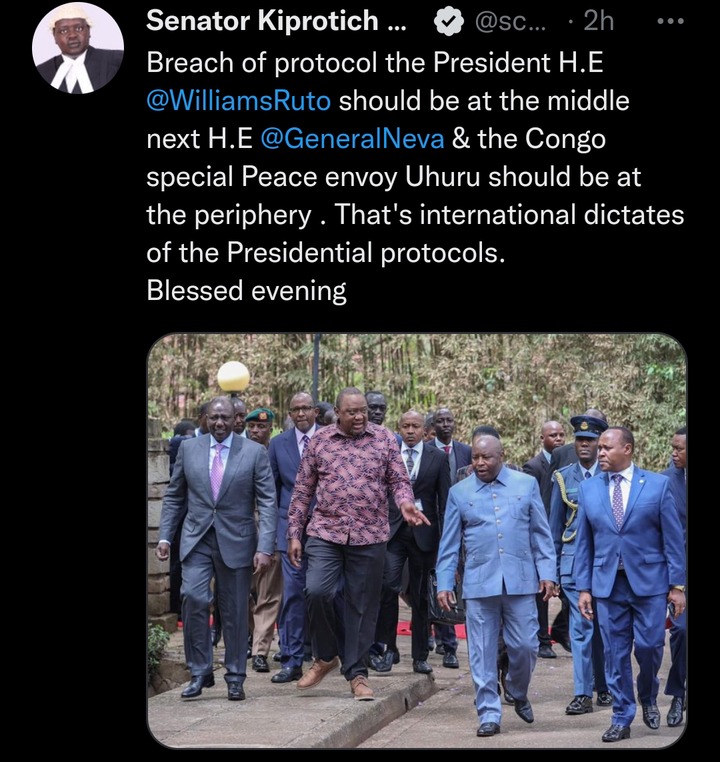 According to Samson Cherargei he alleges that President William Samoei Ruto should have been Between the Congolese president General Neva and the congo Special peace envoy and not uhuru kenyatta. He reiterated that Uhuru should have been at the periphery alleging that it's an international dictates of presidential protocols.