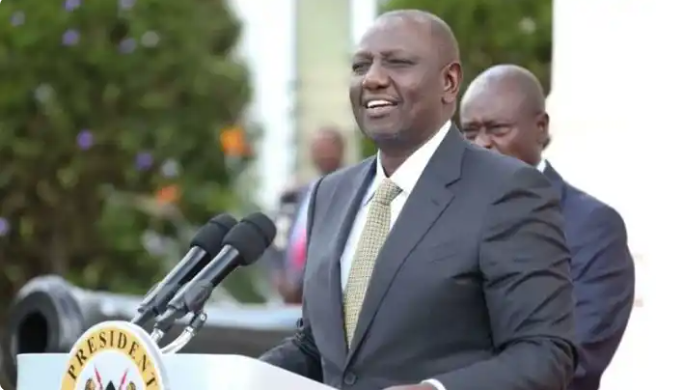 The Independent Electoral and Boundaries Commission (IEBC)'s four troubled commissioners have been officially suspended by President William Ruto, and a tribunal has been set up to look into a petition for their removal.

He stated that the decision was made in response to a recommendation made by the National Assembly to get rid of the commissioners because of how they acted during the 2022 General Election on August 9th. 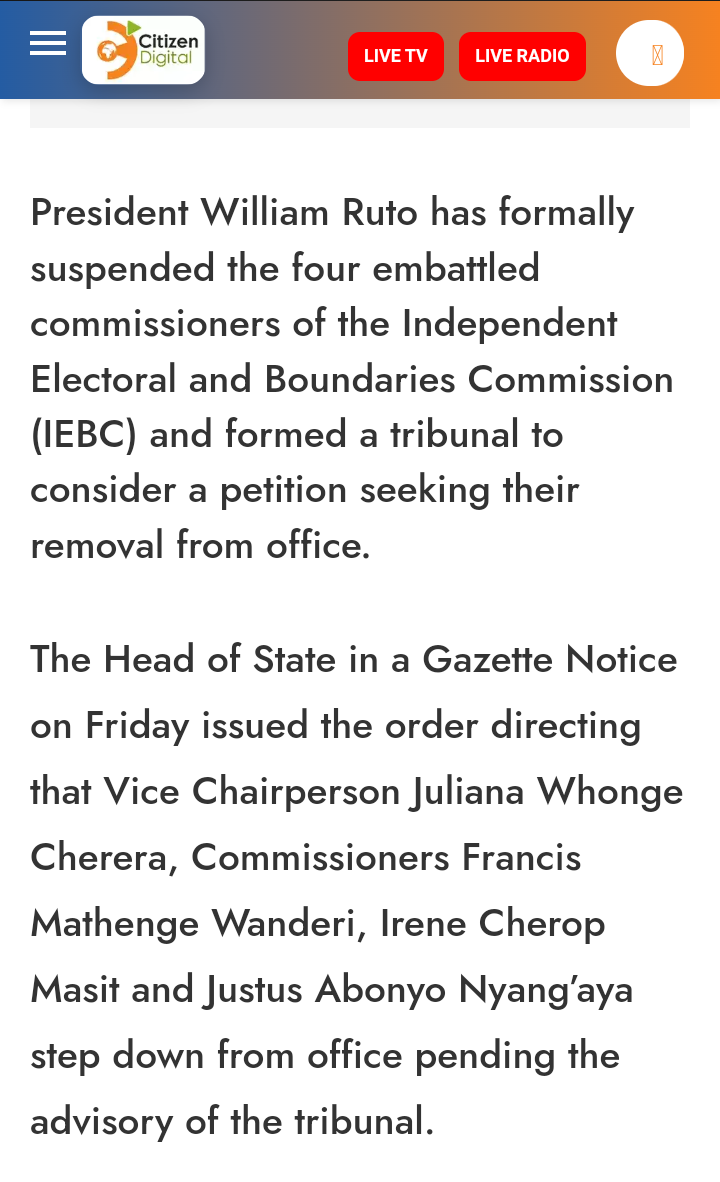 According to a section of the notice, "Having received and considered the petition of the National Assembly,"

"I, William Samoei Ruto, President and Commander-in-Chief of the Kenya Defence Forces, do hereby direct that Juliana Whonge Cherera, Francis Mathenge Wanderi, Irene Cherop Masit, and Justus Abonyo Nyang’aya, being members of the Independent Electoral and Boundaries Commission, be and are hereby suspended from office

The action taken by President Ruto comes just one day after the National Assembly approved a report from the Justice and Legal Affairs Committee (JLAC) that suggested forming a tribunal to look into how the four commissioners acted.

George Murugara, the chair of the JLAC, stated that they had sufficient grounds to warrant the Commissioners' suspension.