Kibaki Won Fair And Square In 2007, Reveals Ex Minister While Blaming This Man For 2007-08 Violence 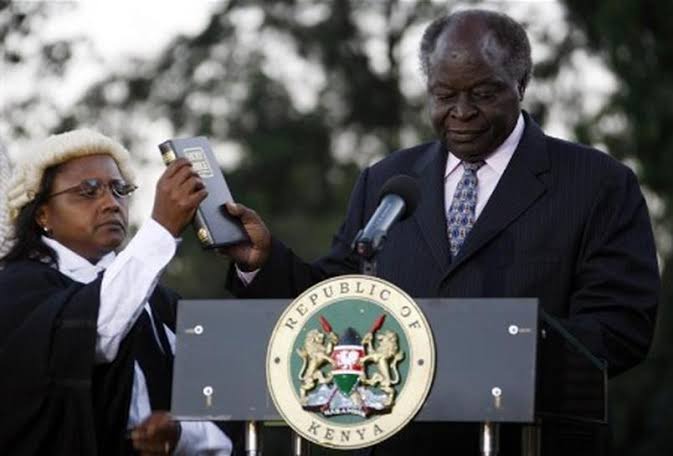 In December 2007, Kenya experienced it's darkest days after independence. Violence and killings of innocent civilians were the order of the day in what seemed to be retaliation by the electorate to the election results. A section of Kenyans disputed the election results that declared Mwai Kibaki as the winner by 300,000 votes. There was no peace. Hundreds of thousands were displaced and more than 1000 killed. The war continued until the former United Nations Secretary-general Koffi Annan and African Union peace keeping missionaries intervened. But candidly speaking, how did it all start?

The current Meru governor and former minister for constitutional affairs in the Kibaki government Kiraitu Murungi seems to have the answer to this question. While speaking to veteran journalist Njeri Eugene in a book seen by nation, Murungi explained how things started going haywire during the 2007 elections. Kiraitu noted that Kibaki won in the 2007 general elections fairly without any partiality from the electoral commission.

He further stated that Kibaki who is a silent man with a polite demeanor was that way even during the election day. And that he never even seemed to be outrightly concerned about the results as if they were a matter of life and death. On this, Kiraitu noted that Kibaki would have seamlessly surrendered power had he lost the 2007 elections.

On the other hand, the former minister blamed the then chairman of the electoral commission Mr. Kivuitu for all the violence and chaos that was experienced in the country. Kiraitu said that it was Kivuitu's reckless remarks that made Kenyans not to have faith in the commission. Kivuitu had said that the delay of votes in Tharaka Nithi (the last region to submit it's ballot papers to the electoral commission) signalled cooking of votes.

This remark, according to Kiraitu, is what broke hell loose when the commission announced that Kibaki had won seemingly because of the delayed Tharaka Nithi votes that placed him above the edge with his rival Odinga. 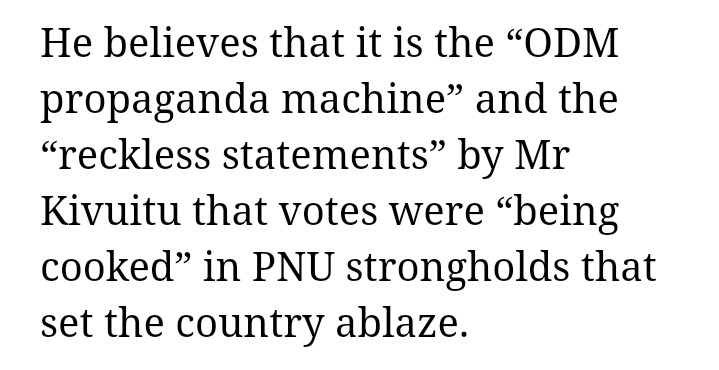 IEBC to get four new commissioners this month as 8 names have been forwarded to the president.