Why Ruto Needs To Change His Strategy in Nairobi

By Alivitsa (self media writer) | 3 months ago

William Ruto's latest tour in Nairobi culminated in a massive rally at the Jacaranda grounds in Embakasi East constituency, but as the dust begins to settle, one wonders whether UDA's strategy in the city will result to votes in the vote rich city.

The Jubilee party managed to win 9 constituencies out of the 17 constituencies in Nairobi due to various factors; The opposition parties each fielding candidates allowed Jubilee to win some constituencies e.g Langata, then there was the Mike Sonko effect that made Jubilee more popular among young voters in Nairobi. Jubilee's strategy was very effective and as a result the party had majority of M.C.As in the County, won the governor's seat and also the senator's seat.

UDA's strategy in Nairobi should at least mimic the Jubilee strategy, however the party is banking on the bottom's up philosophy which fails to resonate among majority of Nairobians, this is mainly because Mike Sonko who rode on a similar philosophy failed and the philosophy in itself was a disaster. UDA party does not have political heavyweights in Nairobi. Indeed their front runners for the governor's, senator's and women rep positions fail to galvanize the electorate making it difficult to sway the undecided voters. As things stand UDA may be lucky to win 5 constituencies in Nairobi. Raila Odinga has always been perceived to be a Nairobi leader, in Nairobi he has always won the majority votes against Kibaki and Uhuru and therefore there is no doubt that he will also win the Nairobi vote in August as things stand.

So what strategies does Ruto need to adopt in order to win or at least minimize the victory margin in Nairobi? First Ruto needs to put in place an appealing line up in Nairobi, so far the current UDA line up is ineffective, as a new party UDA needs a line up that can be respected and voted for; sober individuals who can sway the undecided voters. Secondly the party needs a suitable coalition partner as it is evident UDA will loose if it ventures alone, finally UDA should allow young people to run the show in Nairobi this is because Nairobi largely consist of young voters. 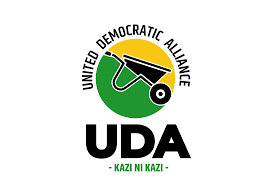 Content created and supplied by: Alivitsa (via Opera News )