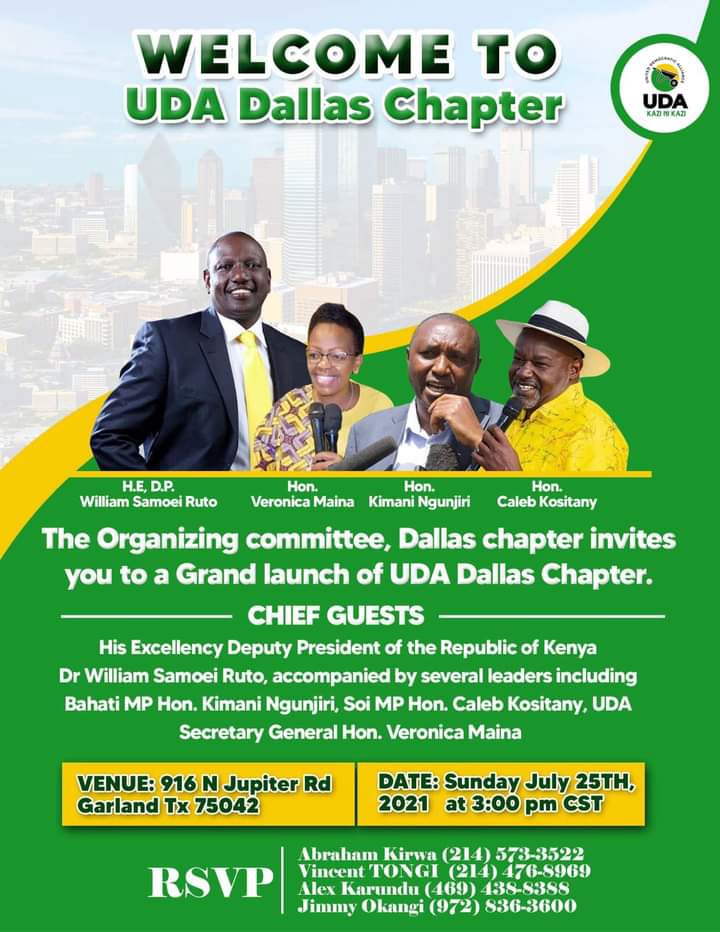 "It's countdown to the mega launch for UDA in Dallas. Thanks to the Secretary-General Veronica Maina, Hon. Onesmus Kimani Ngunjiri- M.P Bahati Constituency, and Hon Caleb Kositany for traveling to the US to help in the launch. Hustler movement is unstoppable! While others are still trying to figure out what to do after the collapse of BBI, Hustler Nation continues to work with Kenyans worldwide in actualizing the bottom-up economic model that puts focus on ordinary citizens. Good luck Dallas!" 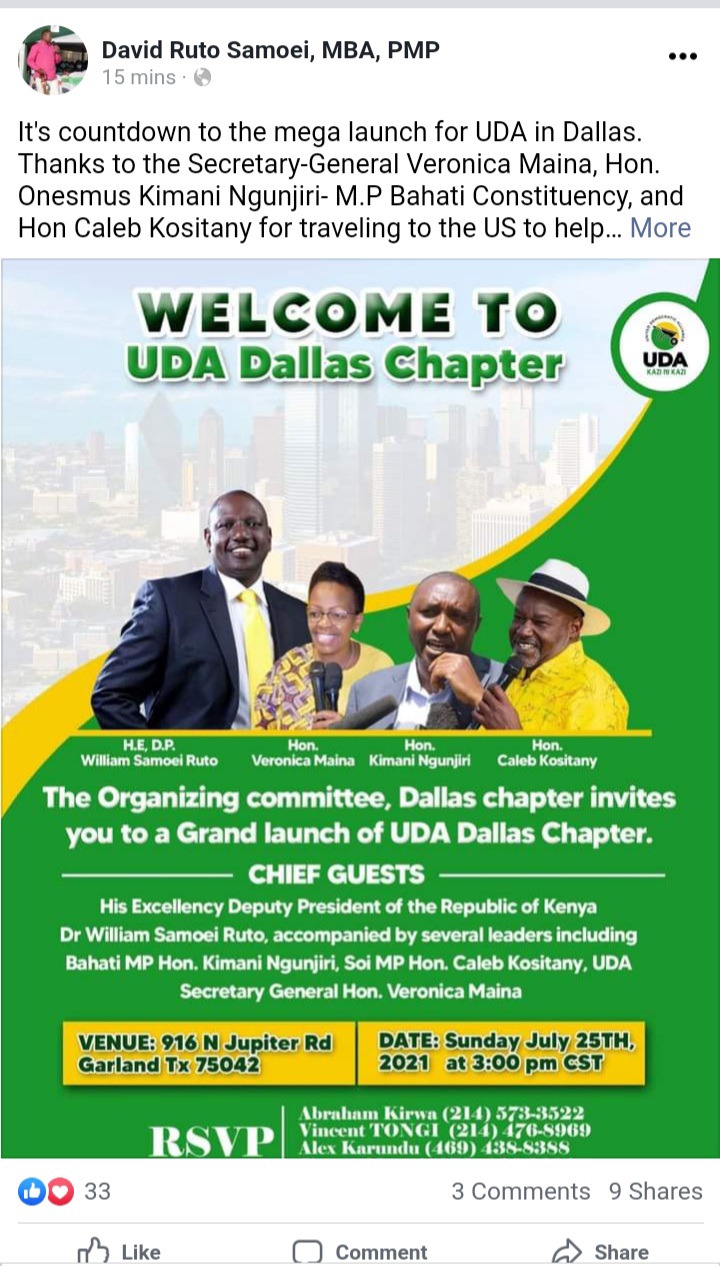 The deputy president who is eyeing to be the next president of the republic of Kenya could use the UDA party.His allies formed the UDA party after they were sacked from plum positions in the Jubilee party and in the National assembly.It is one of the fastest growng parties in Kenya thanks to the members who are registering to join the party.The party recently won the Kiambaa mp seat after beating the Jubilee candidate. 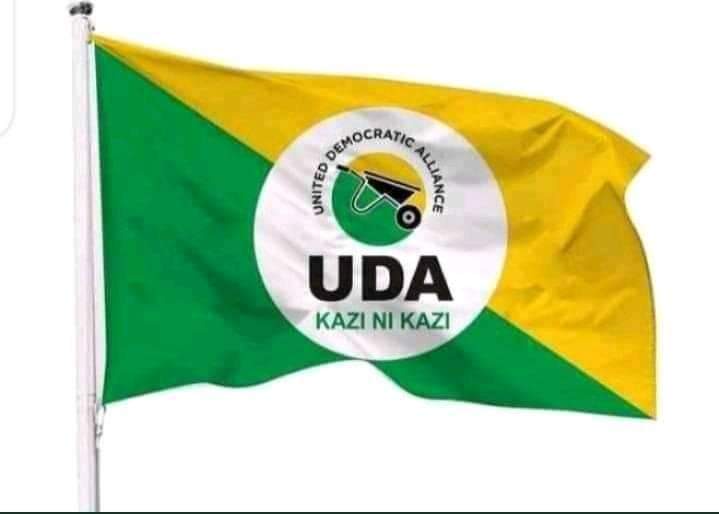 Kalonzo Musyoka Amazes Netizens Admitting This Truth On Dp Ruto; Clears The Air On Working With Him