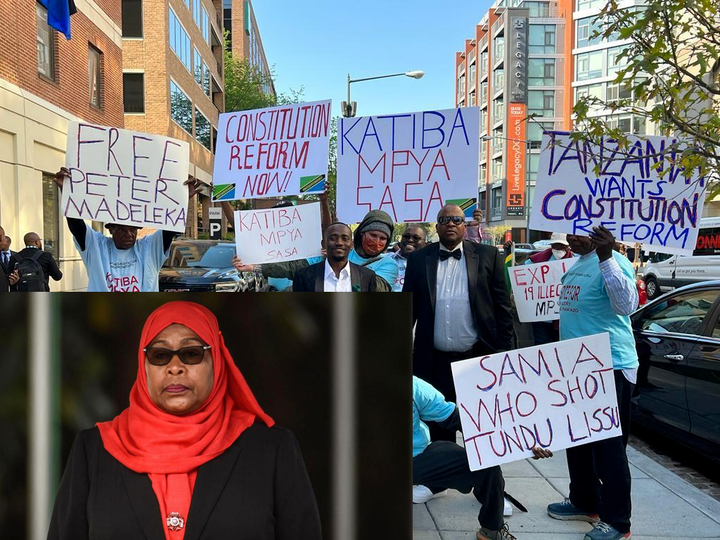 President Samia Suluhu Hassa of Tanzania's visit to the United States of America (USA) was early today marred with drama from her own Tanzanian citizens who flocked outside the Tanzanian Embassy with placards.

For starters, Samia has been in the U.S for the past week for an official visit. She has been meeting top leaders, including Vice President Kamala Harris. 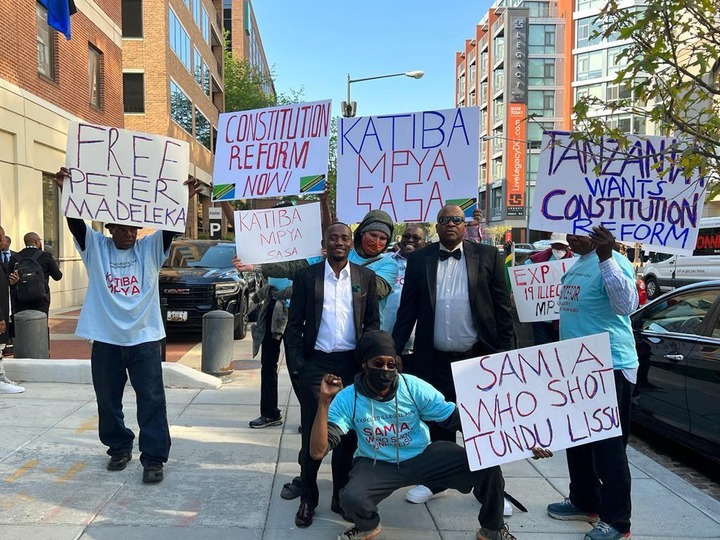 Just before she would successfully end her visit and jet back to Tanzania, Tanzanians living in the U.S held a peaceful demonstration outside the Tanzanian Embassy while holding placards with strong messages, with most of them exposing the bad things allegedly done by the government of Tanzania.

On one of the placards, they questioned who planted more than 16 bullets in the body of official Opposition Leader Tundu Lissu. Lissu survived an assassination attempt during the late John Pombe Magufuli's regime. Since then, those who shot him have never been revealed and charged. 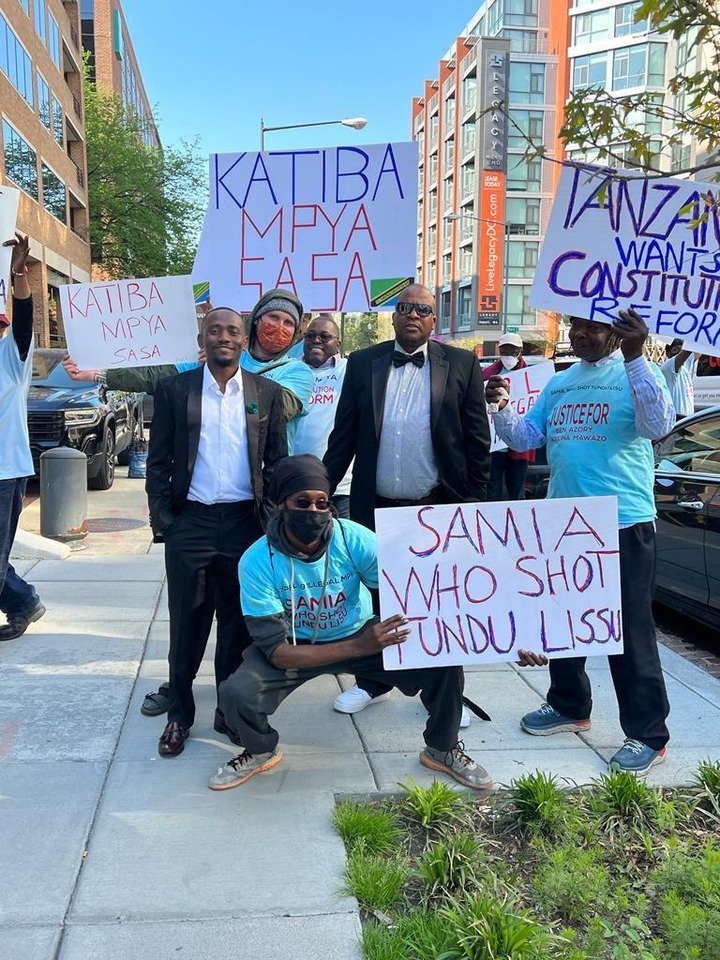 They also questioned why some opposition MPs, 16 of them, are still in parliament yet their party, CHADEMA, kicked them out of the party. The law in Tanzania says one loses his or her elective seat if the party he got elected to expells him. 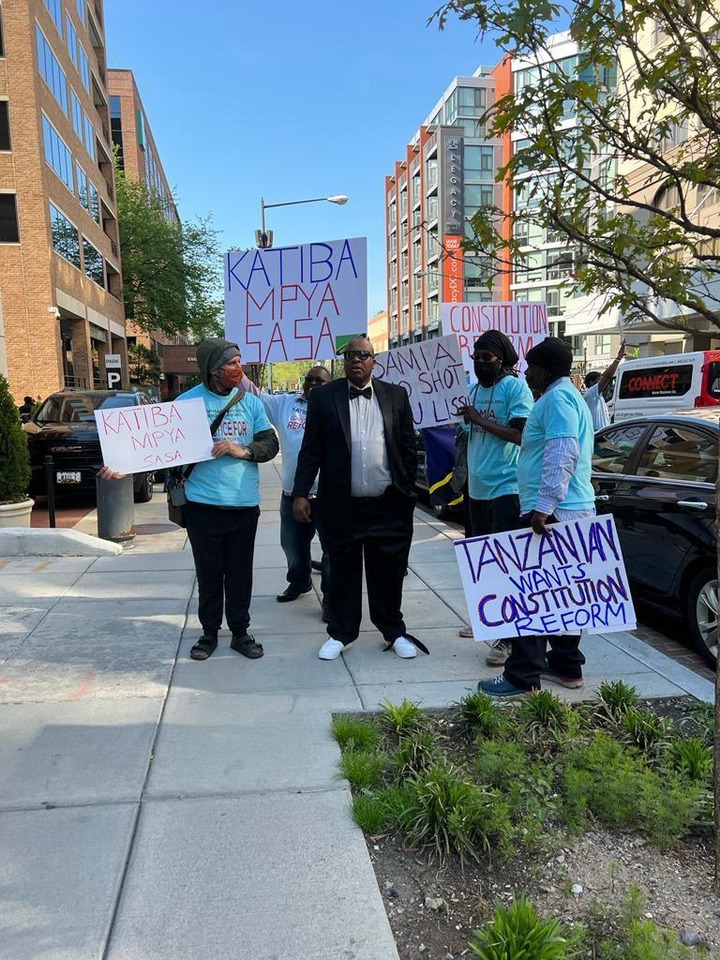 Tanzanians in the U.S also demanded a new constitution and the release of political prisoners.

"We Understand Your Pain" Millicent Omanga To Uhuru

'Watu Waache Upuzi' - Gloves off as Uhuru goes after Ruto.

'Deep State Is Confusing Kenyans' Sudi Says, Allege Leaders Who Do Not Have Papers