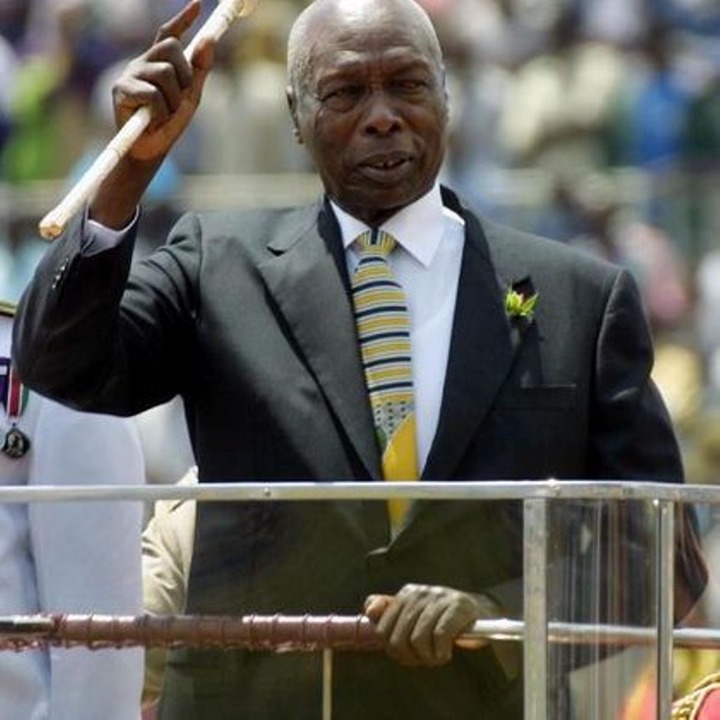 Retired President Daniel Toroitich arap Moi was known as an iron ruler who never backed off in most of his plans, both for the country and for himself as a politician.

He made history as a strong man and a dictator to those who did not approve of his leadership, mostly his Nyayo era's attempts to trample on multi party democracy in favor of the independence party, Kenya African National Union (KANU).

This was, however, not the case on the July 7 1990, otherwise known as Sabasaba, a day utilized by his critics under the leadership of departed hero Kenneth Matiba to include Kenyans in opposing his rule, when the tough and tall head of state broke down before senior government officials.

The sabasaba event went on as planned, despite Matiba and his close friend and associate Charles Rubia's arrest the previous day which was most likely a government's plot to prevent the event.

The event culminated into riots in which at least 24 people were reported dead, with massive property destruction also being reported.

When Moi landed back from Mombasa later the same day, he broke down at the Jomo Kenyatta International Airport (JKIA) when he was told of what happened, with a journalist named Sam Ouma managing to capture the moment on his camera at a secluded area of the airport.

The journalist captured photos of Moi crying, before being led into his presidential limousine by his aides, photos that were, however, never published and soon mysteriously went missing from a major newspaper's photographic library, alongside all the negatives.

“Junet`s Remarks About Raila Lands Him In Trouble,” New Twist as Junet Is Asked To Apologize (Video)