Today, 17th June, reports that the incumbent Nairobi senator Johnson Sakaja has been arrested have surfaced online. This is after the Director of Criminal Investigation chair, George Kinoti linked him to transnational crimes. 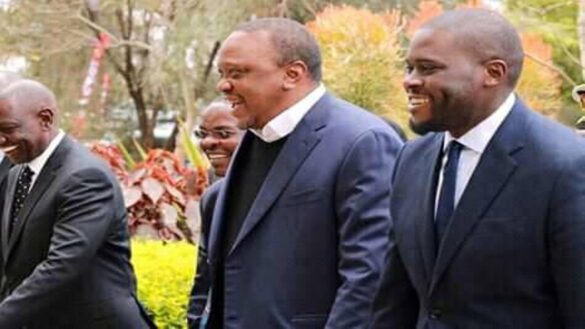 However, the office of the the Inspector general through the Director of Corporate communications in the National Police Service has rubbishes such reports. Below is a full report on what happened;

"Contrary to circulating reports alleging that Hon Senator Sakaja has been arrested by police, the public is hereby informed such reporting is not true," 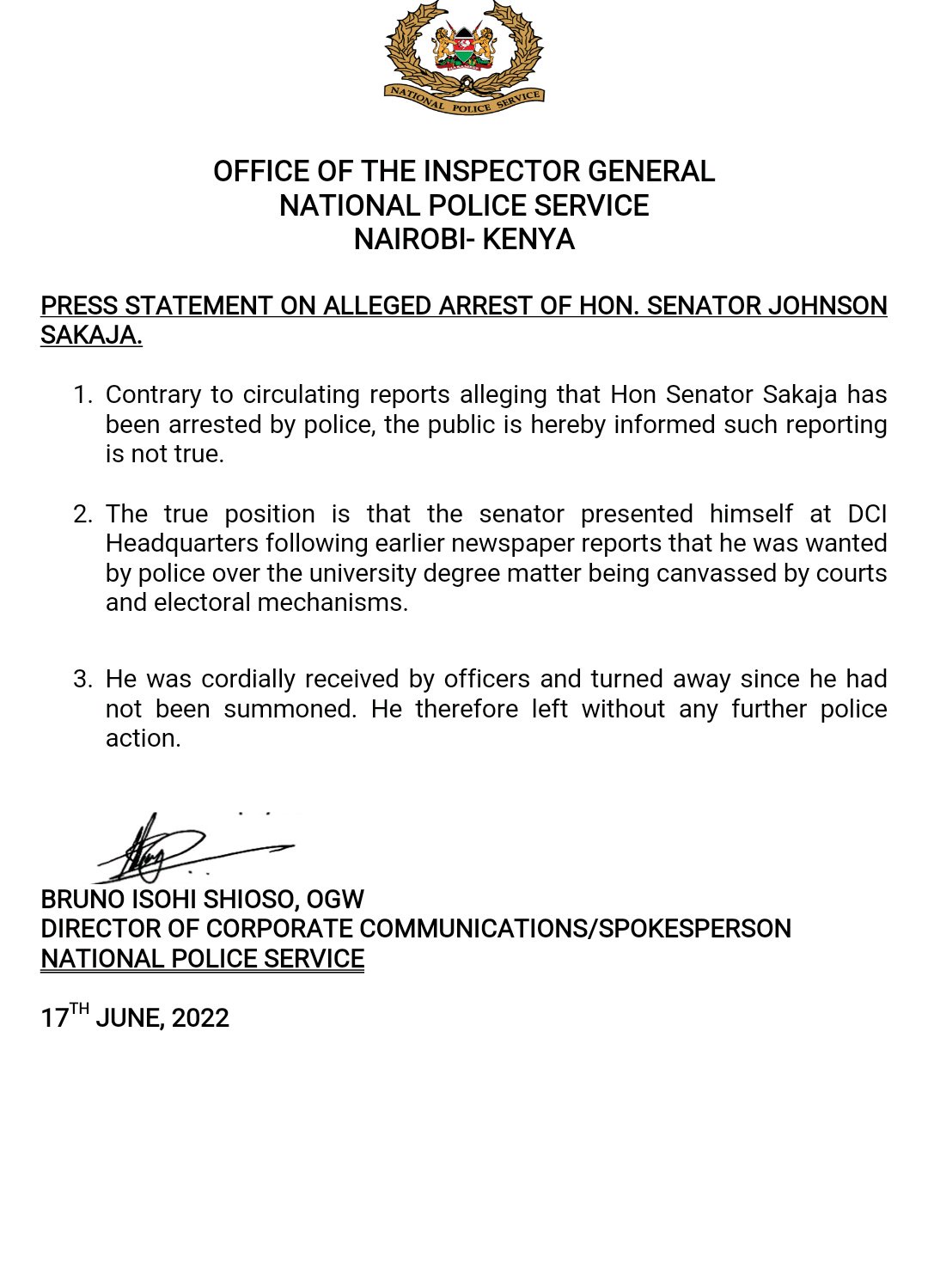 "The true position is that the senator presented himself at DCI headquarters following earlier newspaper reports that he was wanted by police over the University degree matter being canvased by courts and Electrol mechanisms,"

"He was cordially received by officers and turned away since he had not been summoned. He therefore left without any further police action," said the Report from NPS.

His alleged arrest had attracted attention from political bigwigs allied to Ruto such as Murkomen and Nominated senator Millicent Omanga.

ODM Senator Reacts To Allegations On Alfred Mutua's Flight To US