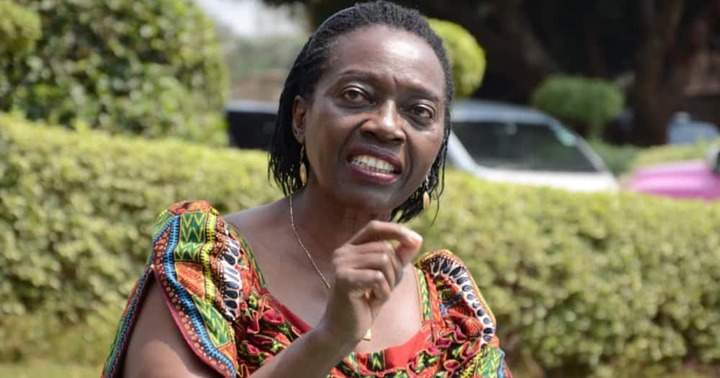 According to Murang'a County senator Irungu Kang'ata, Martha Karua will resign as the DP from Raila's government if Azimio wins the August presidential elections.

He added that Karua will not withstand a never cool Raila Odinga.

"If Martha Karua resigned from Kibaki's government, a soft and cool guy,how will she deal with Raila's combustible character? She will resign in one week of their swearing in," Kang'ata said.

In 2001, Karua defied her then-party leader for the first time, despite being committed to Kibaki and the campaign to remove Moi from power. She choose to remain in parliament despite a directive from the then-leader of the DP to launch a mass walkout.

The team lead by Kibaki demonstrated against the Constitution Review Bill. Karua remained silent and explained that it would have been prudent for the legislators to voice their opposition formally in parliament so that it would be on record.

Karua was a member of the committee that founded Narc in 2002, and was accordingly appointed Minister of Justice and Constitutional Affairs. However, her relationship with Kibaki deteriorated after the 2008 creation of the grand coalition government.

She resigned from cabinet on April 6, 2009, citing persistent intervention from the Presidency's office, particularly in judicial reforms as the main reason.

Karua's prominence in the country and Mt Kenya area has increased since she ran for president in 2013 and ran for governor of Kirinyaga in 2017.

Prior to being appointed Raila's second-in-command, she had expressed interest in a second run for the governorship of Kirinyaga under the Narc-Kenya party.

Karua joined Azimio on March, defecting from the One Kenya Kenya Alliance (OKA), endorsing Odinga's presidential campaign for the first time in his five efforts, and establishing a new working partnership in the process, which earned her the running mate position.

The Senior Counsel has established herself over the course of three decades as a seasoned politician with pro-democracy credentials and a history of speaking truth to power ,even when it meant clashing with Presidents.

James Orengo Senses Danger Ahead of August Elections, Reveals Why It Could Be Hard For Raila

James Orengo: What Will Happen If Raila Loses to DP Ruto During The Upcoming Polls