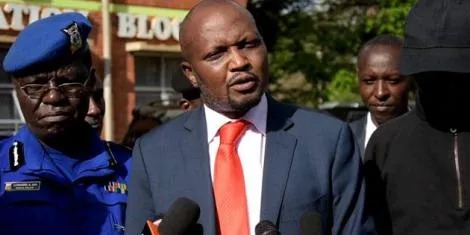 Gatundu South Member of Parliament, Moses Kuria, has won a case against the Independent Electoral and Boundaries Commission (IEBC).

In a ruling delivered on Thursday, October 21, the High Court revoked the decision by IEBC to disqualify a candidate registered under Kuria's Chama Cha Kazi (CCK) Party.

It further ordered the commission to proceed with the election and include Milton Mwenda, the CCK's candidate, in the ballot papers.

Kuria had moved to court on September 30 to challenge the the move by IEBC to bar Mwenda from vying for the Kiagu Ward by-election. In a statement released by IEBC, the former had been accused of violating the constitution.

“The Committee found the 2 to have failed to resign as public officers within the legally provided timeline of 7 days after the declaration of the vacancy," read the statement released by the commission.

Following the petition by Kuria, the High Court issued an order stopping IEBC from conducting the by-election scheduled for October 14, pending the hearing and determination of the matter.

The Gatundu South legislator accused the United Democratic Alliance (UDA) of having a hand in the disqualification of his party's candidate.

This was after UDA coordinator for Imenti South Constituency, Salesio Thuranira, filled a primary objection with IEBC claiming that Mwenda was an employee of Meru County Assembly.

"IEBC has disqualified the Chama Cha Kazi candidate for Kiagu By-Election Milton Mwenda Kabobo following a petition by the South Imenti UDA Coordinator Salesio Mutuma Thuranira. The party has been asked to submit a replacement candidate. We are dissatisfied with this decision and we will move to the High Court," Kuria stated. 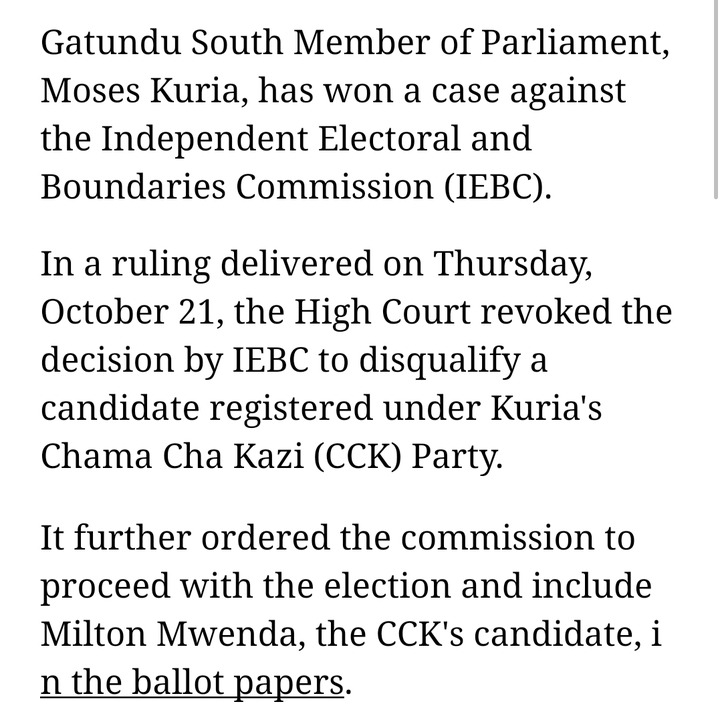 Ruto or Raila? Kalonzo's Declaration Raises Eyebrows As He Vows To Support His Preferred Candidate