The former Prime minister right honourable Raila Amollo Odinga had a busy day today after he toured the Rift Valley region.Early in the afternoon Odinga arrivved at Eldoret town in Uashin Gishu county where he received a heroic welcome after a large crowd of people turned out and overwhelmingly welcomed him in the area which is reffered as DP Ruto's bedroom.Odinga urged Kenyans to change the narrative this time round and support him in his manifesto of uniting all Kenyans and economic development. 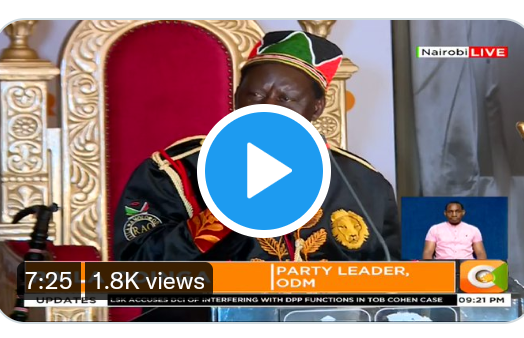 Odinga is currently in Nairobi for the celebration of his major event made to honour him for his long journey of uniting the country. The event which is hosted by Hekima Kaka Society at the Villa Rosa Kempinski hotel and restaurant.Raila has been one of the powerful leaders in Kenya and the Whole of Africa fighting for Unity and democracy.His famous handshake with President Uhuru Kenyatta proved that he always put the unity of the nation as his first priority. 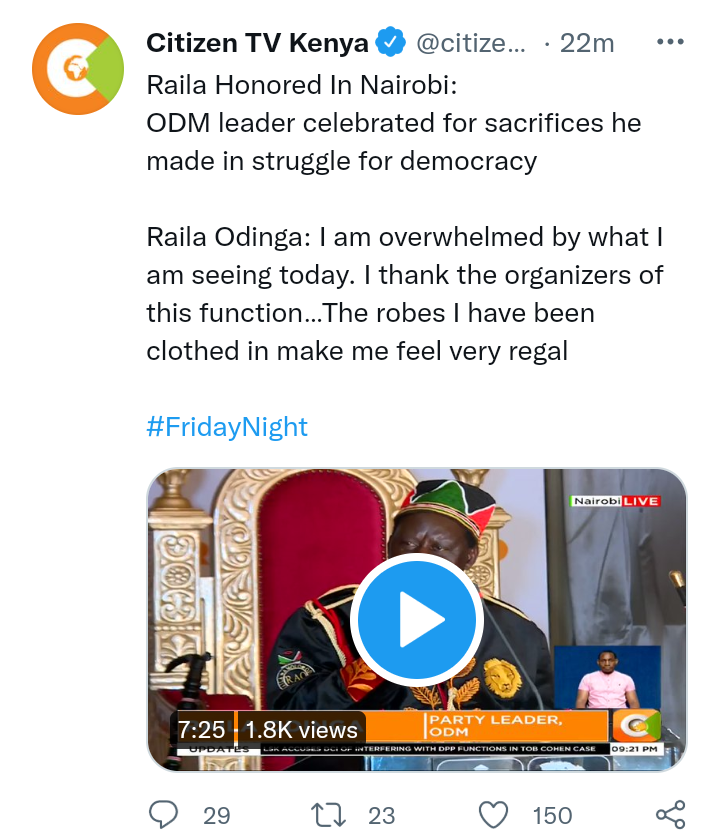 Zora; Nana Was Pregnant Before 'Meeting' With Oliver