By TossieRob (self media writer) | 1 month ago

Raila praised her as an expression of Kenya's struggle for independence during the visit, and Mukami blessed Raila by placing her hands on top of his head and praying for the presidential candidate.

But according to one Mombasa resident who was talking to NTV Kenya, freedom fighters have not been recognized in Kenya.

He claimed that Dedan Kimathi's widow Mukami,seems to be angered and that she punched Raila Odinga on his head and that he is angry. 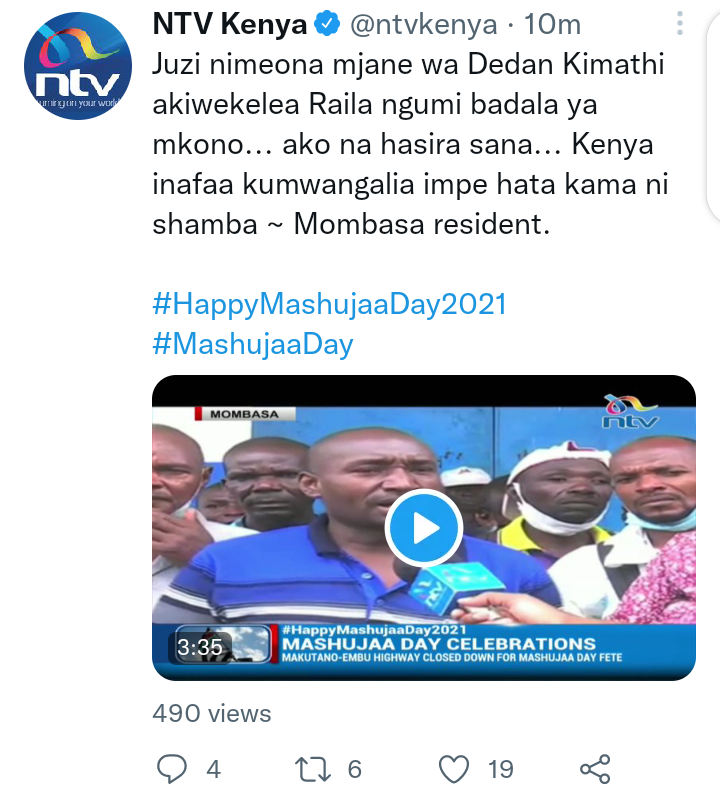 Recently,I saw that Dedan Kimathi's widow Mukami is very angry, because the government has not look after her.She punched Raila on the head.She should be given even a land to settle," the local said.

Raila in his visit also encouraged the government to develop a comprehensive program to assist those who fought for the country's independence and freedom.

Already the former prime minister has petitioned the British government to compensate Mau Mau fighters' descendants and apologize to their families.

Raila also mentioned that one of the main reasons she came to Mukami was to commemorate Mashujaa Day, and that she was one of the heroes and heroines who battled for the country's freedom and deserved to be recognized.