The Daily Nation focused on Uhuru's State Of The Nation Address at Parliament buildings. His long speech outlined his achievements and legacy projects as he counts months to exit the stage. 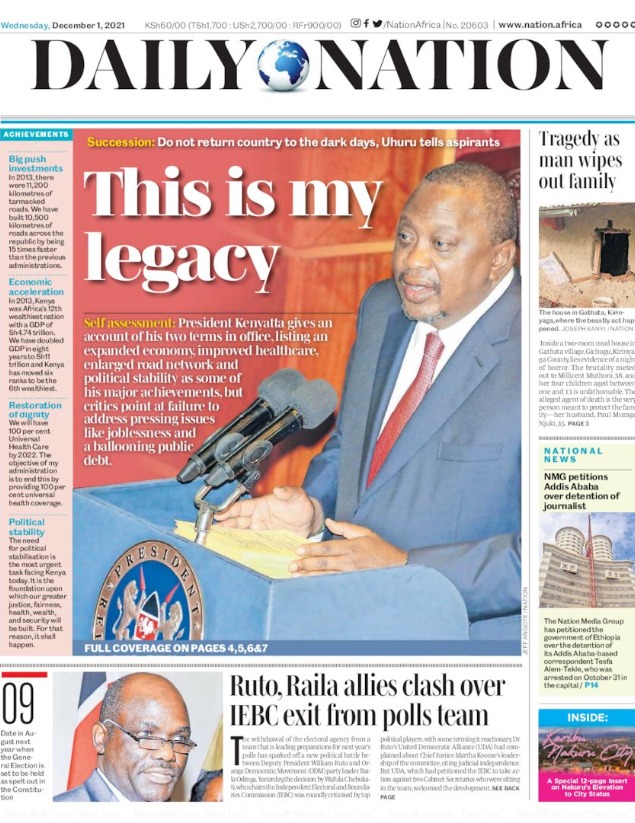 Uhuru listed Political stability, economic resilience and strength, infrastructure and healthcare as his biggest accomplishments since coming into office. He declared that he has achieved all that he had set his eyes on and promised to Kenyans.

The Standard also highlights the big state of the Nation address stating that Uhuru has achieved a lot since 2013. Some of the accomplishments include: moving the economy from 4.5 trillion to 11trillion, making KRA to collect 1.56 trillion as tax returns despite collecting 779.4 billion in 2013 and improving electricity connectivity from 2.3m households to 8.6 million. 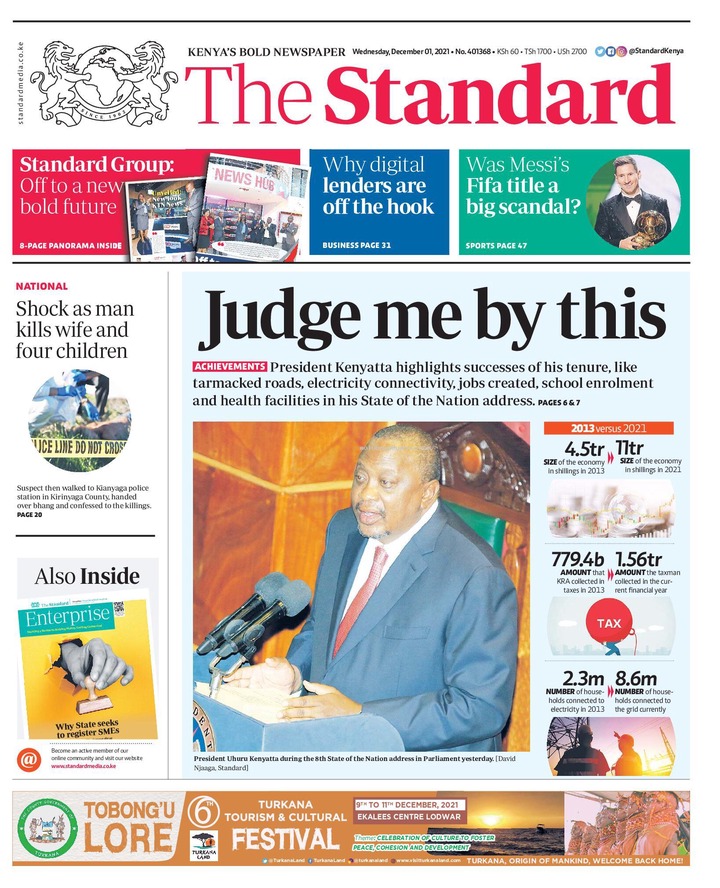 The Star also reports on the same matter with the headline: I Have Achieved My Legacy. The president also vowed to resurrect BBI. 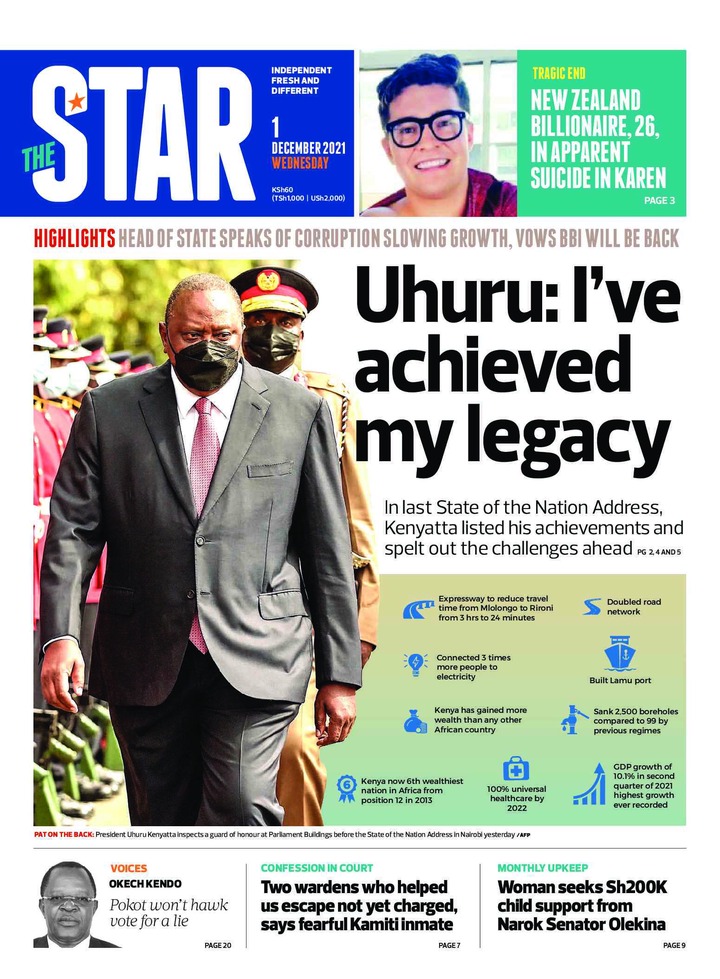 Taifa Leo however had a different top story. They highlighted the Independence Electoral and Boundaries Commission (IEBC) and it's preparation for the 2022 elections. 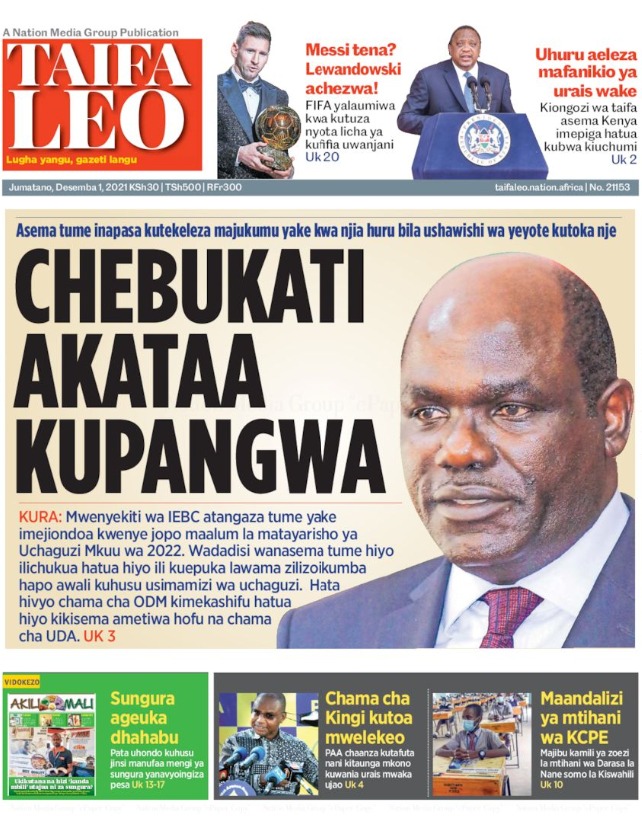 The newspaper reports that the chairman Wafula Chebukati has refused to be hoodwinked into doing his job a certain way by the state.

Wafula Chebukati shocked the nation when he pulled out if the Election Preparedness Committee sighting that it would interfere with the agency's independence. He particularly angered ODM allies who accused him of siding with UDA.

This is not the first time they have claimed that Chebukati is inclined to the UDA side. Just recently the chairman warned ministers from campaigning for particular candidates and asked them to be neutral after UDA write a protest letter to him. On the other hand in 2017, Chebukati said it was okay for ministers to engage in campaigns.