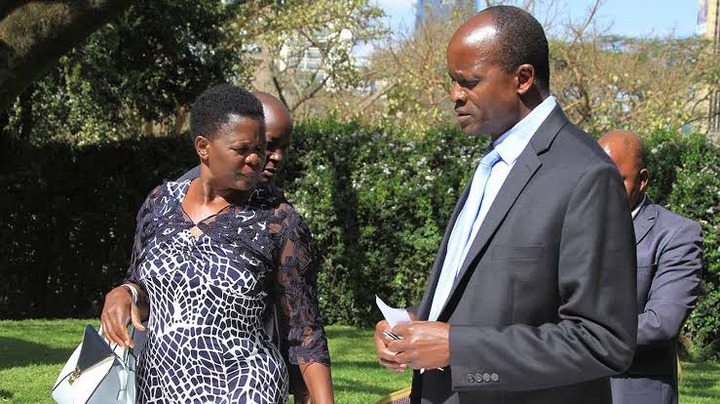 Possible reason why Hellen Obado, wife to Migori governor Okoth Obado is refusing to vie on her husband's PDP party has now come out.

Mrs Obado is seeking the Migori Woman Representative seat in the approaching elections, but has shunned PDP to vie as an independent.

It is now coming out that she is doing this in concurrence with the narrative that her husband, who is serving his last term, has to some extent failed.

She has also refused to be linked to her husband's government, in an attempt to evade the controversies that have been recorded throughout his stay in power.

Mrs Obado has now admitted that he might have to some extent failed with regards to delivering, terming this why she is distancing herself from him politically. 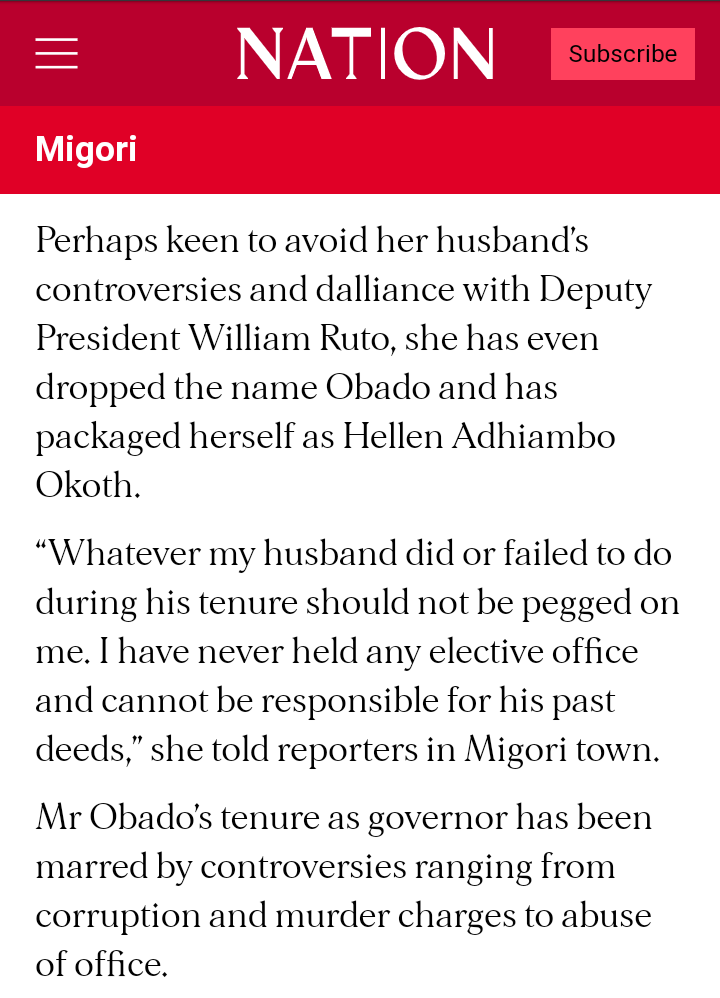 “Whatever my husband did or failed to do during his tenure should not be pegged on me. I have never held any elective office and cannot be responsible for his past deeds,” she is quoted by Daily Nation as having said in Migori Town on Thursday.

Analysts have also agreed that her move to both snub PDP and distance herself from her husband could actually end up working in her favour.

Analyst Nick Oluoch says that judging by the fact that Migori is largely allied to ODM leader Raila Odinga, whom Obado has defied in favour of DP William Ruto, being seen close to him will mess it up for his wife.

He says that if she succeeds in doing this; evading her husband's regime's baggage, she might succeed.

“She has a fighting chance owing to the support the husband wields. She is equally a crowd puller and may capitalise on the family's vast networks to seek votes," the Kisii University don says.

She is now up against among others, ODM candidate Dennitah Ghati and Jubilee's Lilian Akugo.