Violence Rocks Kiagu Amid Tension Between Ruto And Kuria Supporters 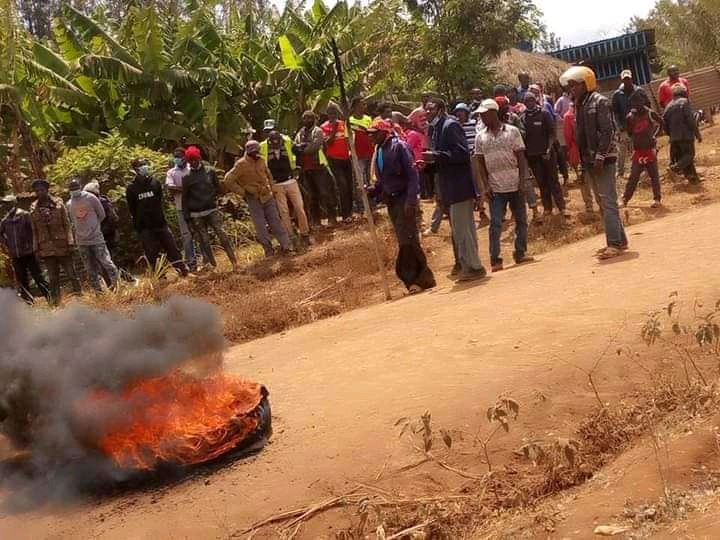 Violence has rocked Kiagu,South Imenti as residents accuse UDA of colluding with IEBC to lock out a candidate on Moses Kuria's Chama Cha Kazi ticket.

The IEBC’s vetting committee barred Milton Mwenda of Chama Cha Kazi (CCK) and Nathan Gitonga (National Ordinary People Empowerment Union-NOPE) from contesting after it found that they had failed to resign as public officers within the legally provided timeline of seven days after the declaration of the vacancy.

In a statement,IEBC asked Chama cha Kazi Party to nominate another candidate to contest in the Kiagu Ward by-election.

"That the Chama cha Kazi Party is directed to presented an alternative candidate to the Returning Officer Kiagu Ward within 72 hours and in any event not later,close of business at 4.00 p.m. on 27th September 2021,"reads the statement from IEBC

The Chama Cha Kazi party leader Gatundu South Mp Moses Kuria said the party isn't dissatisfied with the decision and they will move to the High Court.