By Itsonlyme (self meida writer) | 6 months

The daughter of the former prime Minister of Kenya and orange democratic party leader, honorable Raila Amollo Odinga has finally taken to her Facebook account to express her pain and agony after the death of the president of the republic of Tanzania, honorable John Pombe Magufuli. 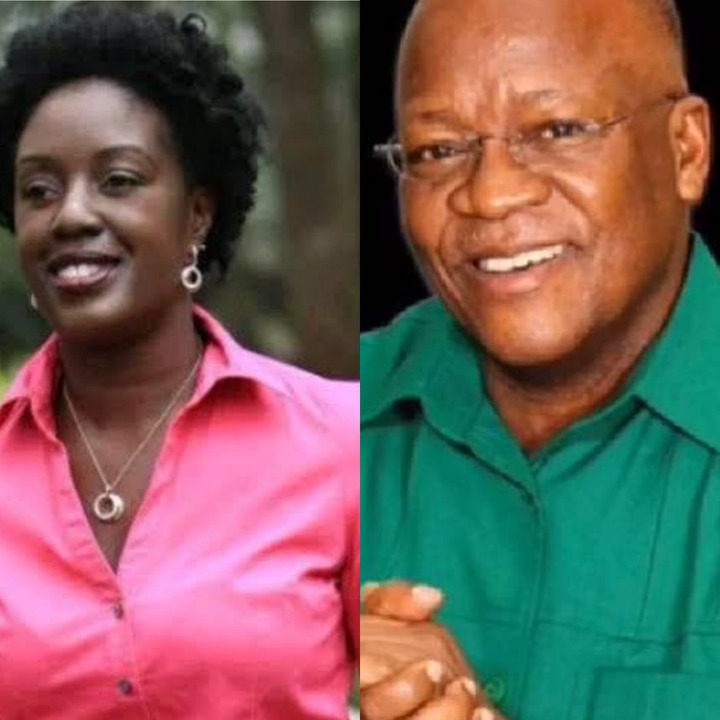 Taking to her facebook account to express send her condolences to the family and friends of the late president, Rosemary Odinga claimed that President Magufuli was one of the closest friends they had during their hardest moments in life.

While recalling the death of her brother Fidel Odinga, she claimed that the late president of the republic of Tanzania was always there with them seconding her father's remarks where the former prime Minister of Kenya, honorable Raila Amollo Odinga also claimed that President Magufuli was a close Allie and had always been their source of strength during their hardest times.

This came a day after it was reported that President John Pombe Magufuli had succumbed to a heart condition that he allegedly had been suffering from for a while in one of the hospitals in Tanzania that he had been admitted to prior to his death.

Her remarks has sparked alot of mixed reactions from Kenyans who seemed to have different opinions and suggestions on the matter. With a section of Kenyans claiming that this was obvious because the two were from prominent families, others went ahead and sent their heart felt condolences to the family and friends of the president adding that he was indeed a nice person. 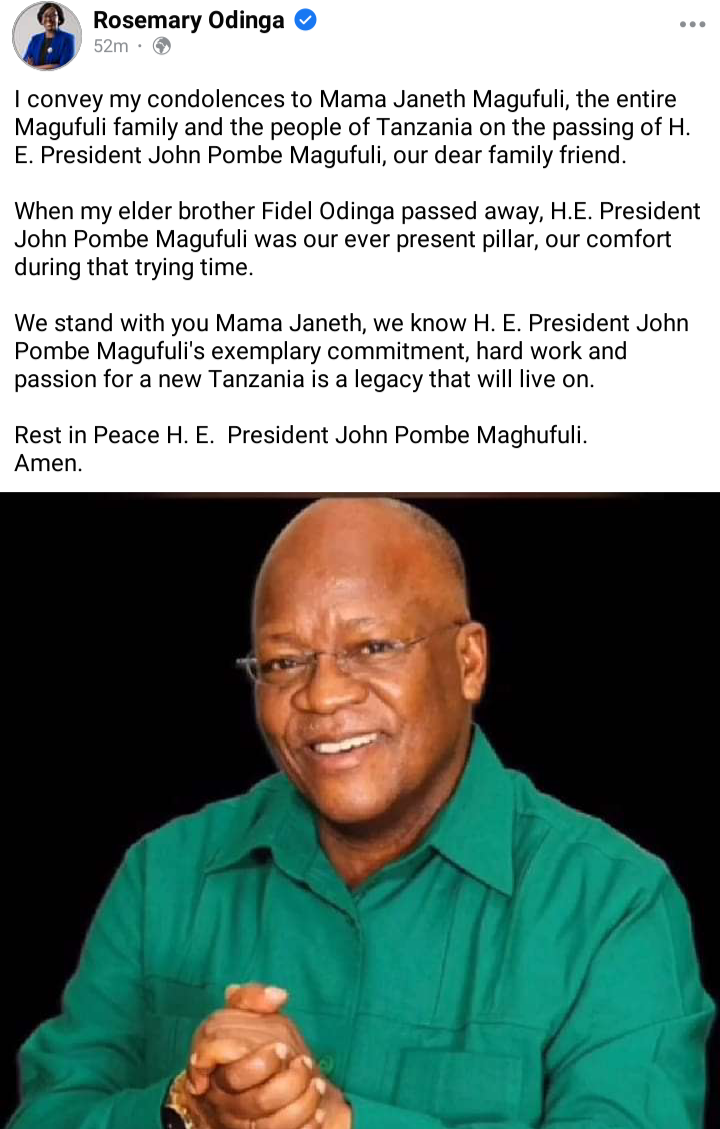 Forget About Greenwood And Mount, This New Arsenal Youngster is The Best in England

Trouble In Paradise? The Reason Why Thee_Pluto Broke Up With His Girlfriend Felicity

Tension: Resident Storm Into Chiefs Compound For Allegations Of Doing The Act With Another Mans Wife

Relationship types you must know

President Uhuru, Raila Odinga Gets an Offer to be Part of Next Gov't if They Meet One Condition