''President Kenyatta Now Out of Touch After Taking a Beating Lately, with Recent Losses''(opinion)

By BillShamz (self meida writer) | 1 months 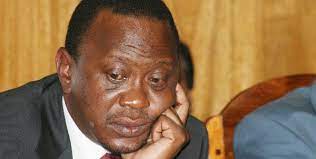 Series of legal and political blunders by the ruling Jubilee administration have put President Uhuru Kenyatta's advisors in a tight spot.

The President has taken a beating lately, with recent loses in by-elections held across the country and a string of setbacks from the courts a factor that put in sharp focus Attorney General Paul Kihara, the government's legal advisor.

Others on the spotlight for the legal and political mistakes are chief advisor on political affairs Nancy Gitau ,Jubilee Party secretary general Raphael Tuju.

But this is not all, Kenyatta's Handshake partner ODM leader Raila Odinga has also accused the government of using the police in the Bonchari, Juja and Rurii ward by-elections.

Just last week, a five-judge bench declared the push to amend the 2010 Costitution through the Building Bridges Initiative (BBI) null and void.

The judgement came weeks after Antony Mrima also directed fresh vetting of 10 Cabinet Secretaries re-appointed by the president after his re-election.

Attempts to kick out nominated senators who are allied to Deputy President William Ruto,was also declared illegal by the Political Parties Dispute Tribunal.