Saudi Arabia bank advisor Mohamed Wehliye has weighed in with his thoughts on the political happenings in the country as the politicking period enters its homestretch ahead of the August 9 general elections.

According to Wehliye who is a vocal supporter of former Prime Minister Raila Odinga, an unprecedented change had been detected in the rich vote Mount Kenya region which could be music to the ears of the Azimio La Umoja presidential candidate and his supporters. 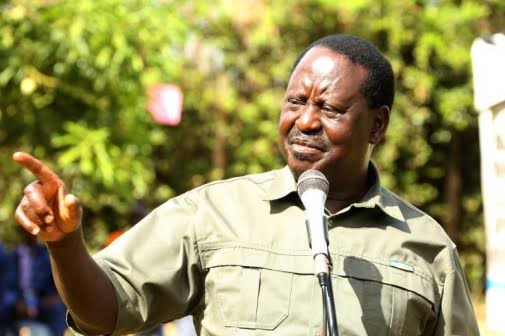 Wehliye claims that in the past one week, the Mountain appears to have switched their allegiance and likened the change to what happened during the Kibaki days.

Mr. Mohamed opines that the Mountain had finally decided to pay back the Kibaki Tosha moment and respect the decision of their son President Uhuru Kenyatta.

He states that just like in 1997 when the wave started three weeks into December for Kibaki, it was now clear that the wave for Raila Odinga has begun a week before and this could see him bag a fair share of the mount Kenya votes. 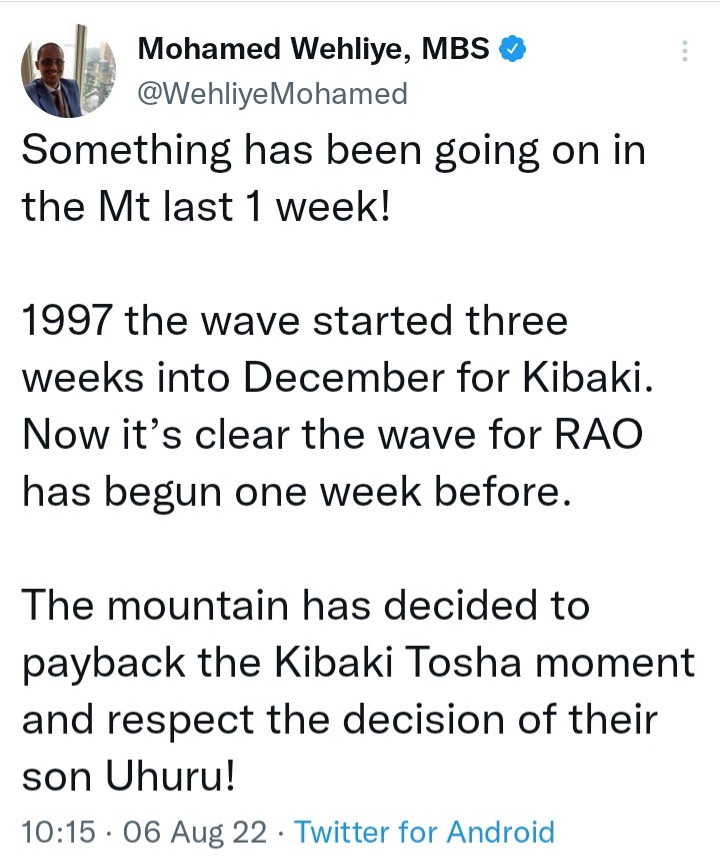