Ruto: The Day I almost slapped Uhuru, the Daily Nation reveals where the rivalry started

By Dailybrief.com (self media writer) | 1 month ago

It now 36 days to the general elections. The homestretch strategies are underway on the presidential race. Three of the four presidential candidates have already presented their Manifesto to the Kenyans.

Media is as a key player in the political arena. Today, the Sunday Nation newspaper has revisited the Uhuru Kenyatta and William Ruto rivalry. It is bringing the source and early stages of their fallout.

The day I almost slapped Uhuru is the headline. The Deputy president is said to have engaged in a heated argument that almost turned into a physical confrontation with his boss, Uhuru Kenyatta. This said to be moments before their win was nullified in 2017, this is according to a leaked audio recording. 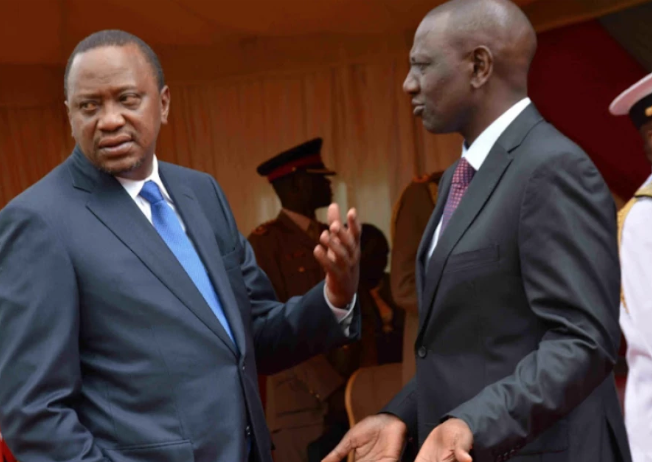 The recording in which the Deputy president is heard addressing the elders in his Karen residence, sheds light on the tense hours of unprecedented judgement of the supreme court.

Yesterday, the same magazine revealed that Ruto would probe his boss if he wins the Presidency. Allegations that the Deputy President did not agree with, saying they would give the president a peaceful retirement. In one way or another, the magazine if focusing on the negativity on one wing, I don't know what you think. 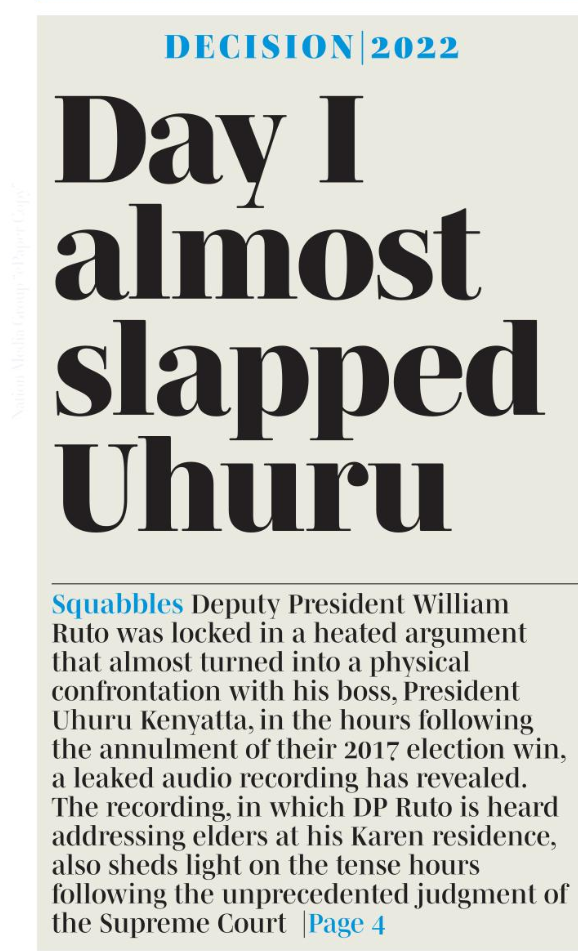 Content created and supplied by: Dailybrief.com (via Opera News )