You Are A Thief, Itumbi Responds To Matiang'i, Reveals Billions He Ordered For A Public Land

By WawireCornel (self media writer) | 1 year ago 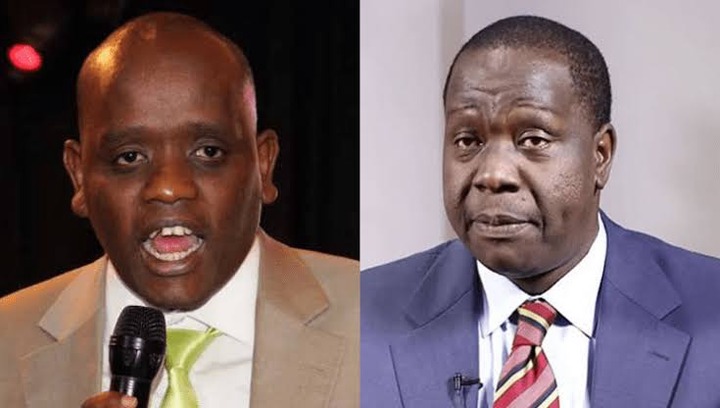 The Hustler Nation Spokesman Dennis Itubi has finally responded to Interior Cabinet Secretary Fred Matiang'i after he threatened to sue him over he said were defamatory.

This comes after the former State House Digital Strategist was issued with a letter from Matiang'i lawyer requiring him to pull down all tweets on his social media platforms that refer to Matiang'i as a Ruaraka thief.

In his long response via a letter attached on his social media platform, Facebook, Mr. Itubi has maintained that Matiang'i is a thief as he orchestrated loss of public funds in acquiring a public land.

Itumbi has accused Matiang'i of forcing the National Land Commission to disburse funds meant to compensate owners of a piece of land where two schools had been established.

However, after doing investigations, a committee formed to check on why the owners of the land were complaining came up with various findings one of them revealing that the land had already been surrendered for the public and it was not private anymore. 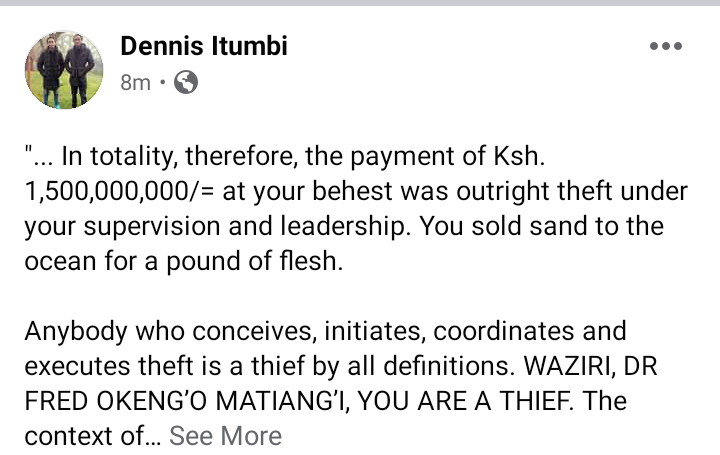 Despite this finding, Matiang'i went ahead to authorize the NLC to acquire the same public land thus millions being lost in the process.

"In total disregard to this report, vide a letter dated 17th March, 2017, you purported to authorize the National Land Commission to acquire the said land, stating that schools have already been developed on what you deemed private land and that it was, therefore, necessary to acquire it in the public interest," reads part of his message.

Itumbi has noted that the NLC responded to his orders to by setting aside funds meant to compensate the said land owners.

In doing so, Itumbi has accused Matiang'i of being solely being responsible of the loss of billions of the taxpayer's money.

He noted that Ksh.1,500,000,000 was lost in the process after an order from Matiang'i despite a report indicating that the said private land had already been surrendered to the public by the owners.

Here are letter from Denis Itumbi: 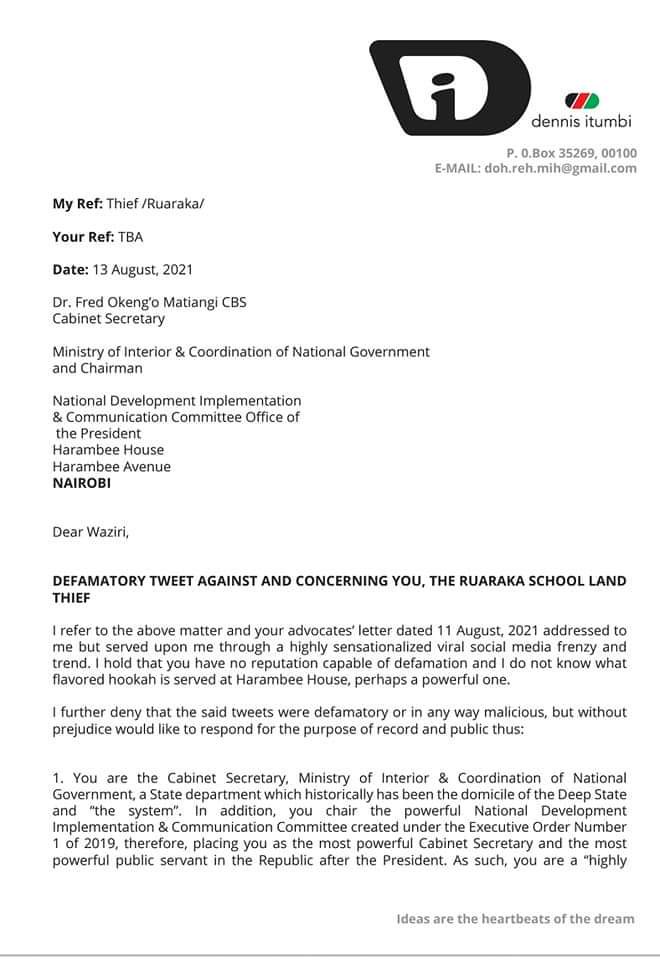 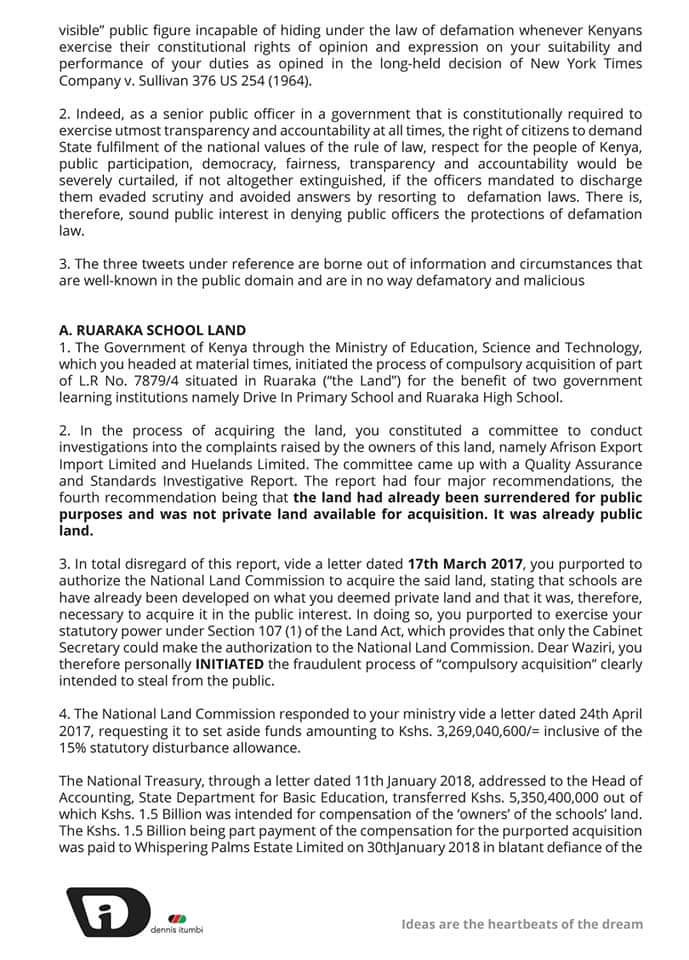 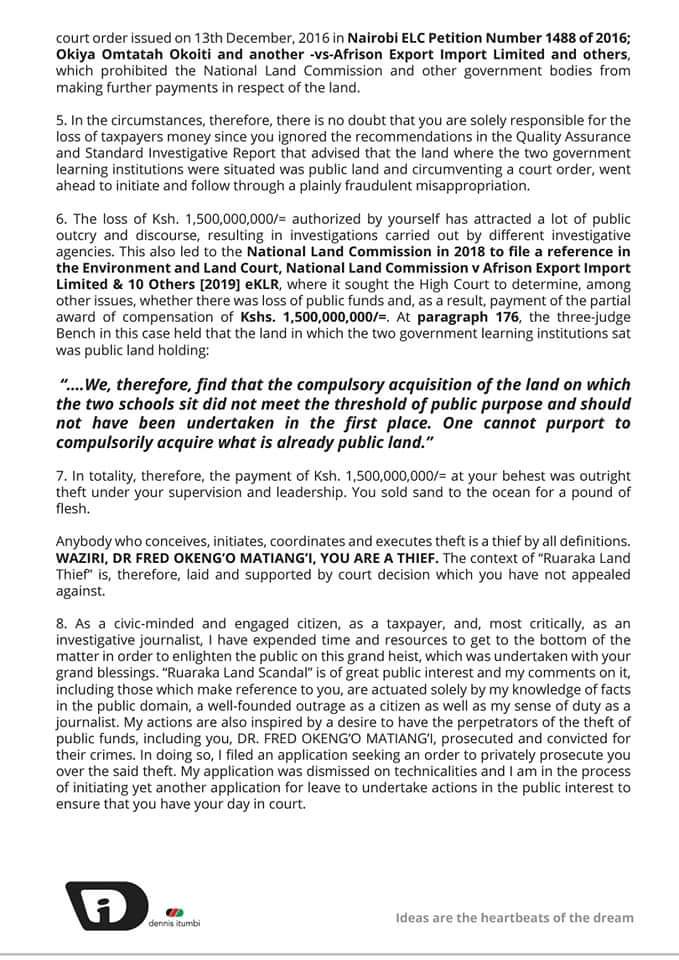 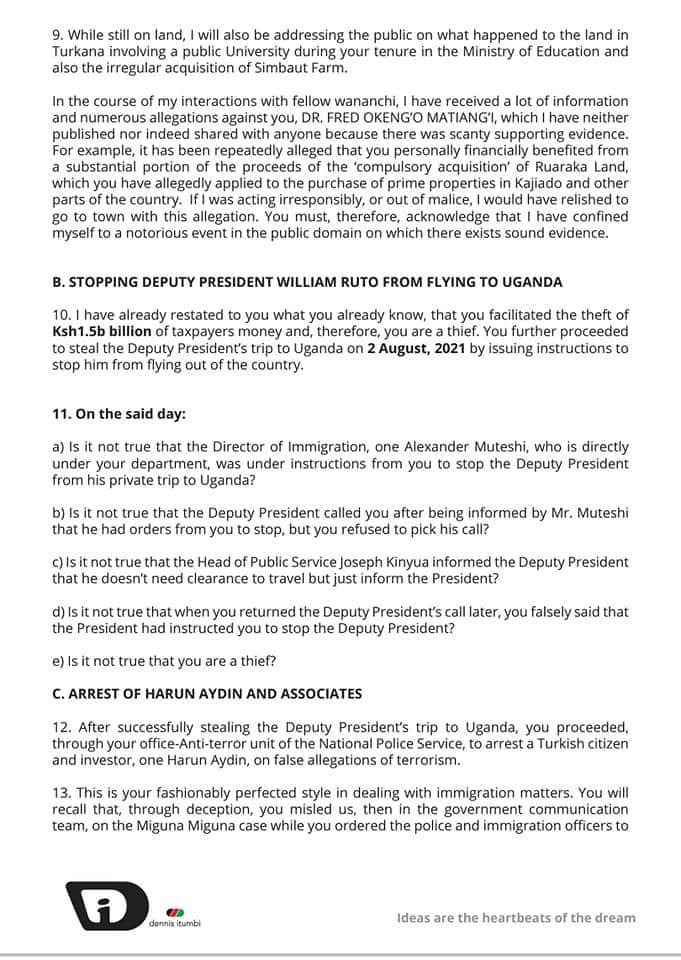 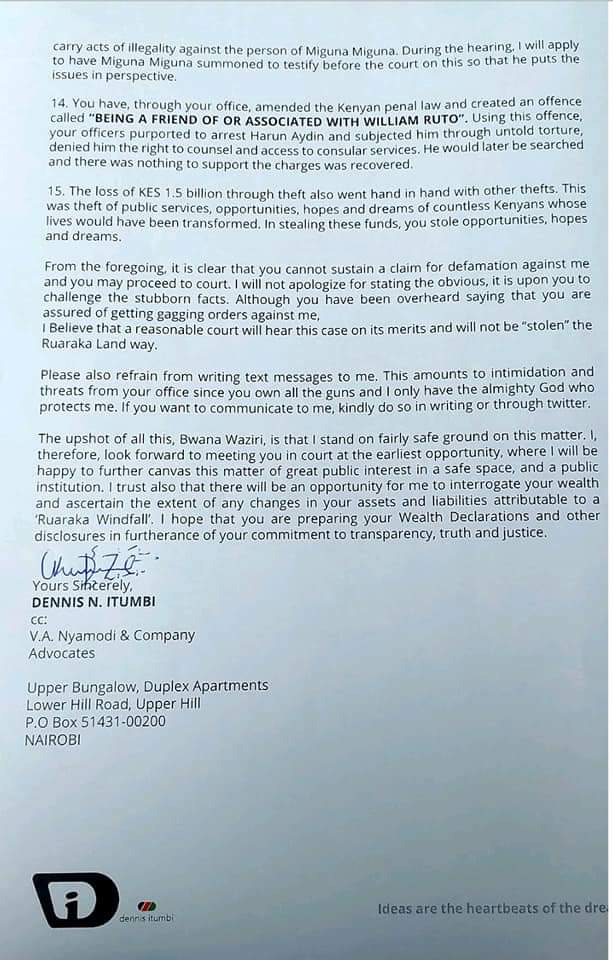