By News54Bulletin (self media writer) | 2 months ago 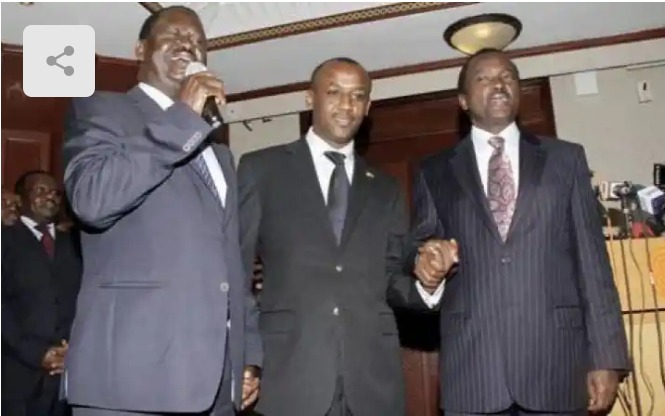 Mutula was speaking after making an appearance on Citizen TV’s Jeff Koinange Live show which was hosted by Jeff Koinange himself. Alongside Mutula was Nairobi senator Johnson Sakaja.

After Sakaja insinuated that there was a chance of political realignments taking place in the country before the 2022 general election, Jeff put it to Mutula that following his party leader’s declaration of not being ready to support Raila Odinga ever again, this made a union between the two basically impossible.

Mutula responded by saying that Kalonzo Musyoka had a right to say so, but as far as he (Mutula Kilonzo) is concerned, the promise which Raila made in 2017 still stood. He recalled that in 2017, Raila promised to back Kalonzo in 2022. He asserted that this agreement is ideally what both party leaders are heading for as the country moves towards the 2022 poll.

While he also precluded the idea of Kalonzo Musyoka backing Raila Odinga again, he foresaw the two working together if Raila agrees to support Kalonzo.

Mid this year, Kalonzo Musyoka said it is very unlikely that he will support former Prime Minister Raila Odinga for president again.

Speaking during an interview with NTV, the Wiper party leader said he would rather retire, than support Raila.

“I will be the most stupid fellow under earth to support for the third time, a presidential candidate without a measure of reciprocity,” Kalonzo said.

He went on to blame ODM for the collapse of the National Super Alliance, insisting that it will take a miracle to rebuild the alliance.

Kalonzo said that ODM killed Nasa after its Secretary General, Edwin Sifuna announced that the alliance was dead, during the Kibra by-election.