By MrPee (self media writer) | 1 month ago 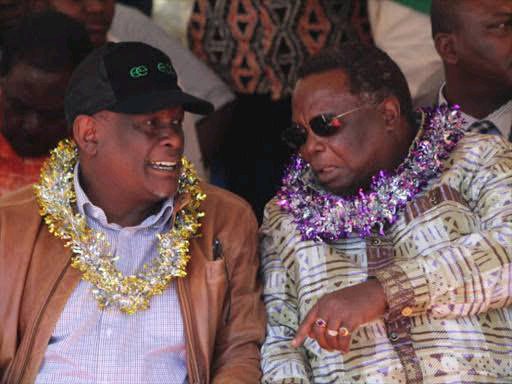 Jubilee party vice-chairman David Murathe has been dropping bombshells at Deputy President William Ruto. Murathe does not see eye to eye with the second in command and since the UhuRuto relationship became weak, the former Gatanga member of parliament has been breathing fire on Ruto and his allies.

He has made headlines as the most vocal leader from the ruling party to oppose Dp Ruto's 2022 presidential ambitions. Murathe has even gone to the extent of joining hands with Cotu boss Francis Atwoli and promising Kenyans that Ruto will never be President. 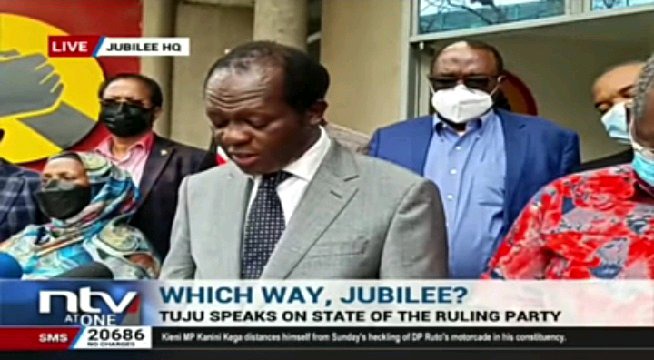 But in September 2020, the Jubilee Vice Chair prophesied Dp Ruto's current problems and promised to initiate his removal from the government that he[Ruto] once helped form.

7 months later after Murathe's remarks, his boss [Uhuru] came out and dared Dp Ruto to quit the government that he once formed. Weeks later after Uhuru's remarks, Jubilee party secretary-general Raphael Tuju held a press conference on September 2021 and challenged Ruto to prove his tax compliance.

From President Uhuru daring his deputy to resign and Raphael Tuju's latest remarks, it is now clear that David Murathe's prophecy about Dp Ruto leaving the government is almost coming to pass should the government continue piling pressure on William Ruto to resign as Kenya's Deputy President.

Having read this article, do you believe David Murathe prophecy on Dp Ruto quiting the government will eventually be fulfilled? Share your thought below in the comment section.

Content created and supplied by: MrPee (via Opera News )

We Are Not Directed by Any Individual: IEBC's Chebukati Responds to Manual Voter Register Claims