Magufuli legacy Under Probe As Things Turns Out Clear Days After His Burial.

By DAVIESOUMA (self media writer) | 1 year ago 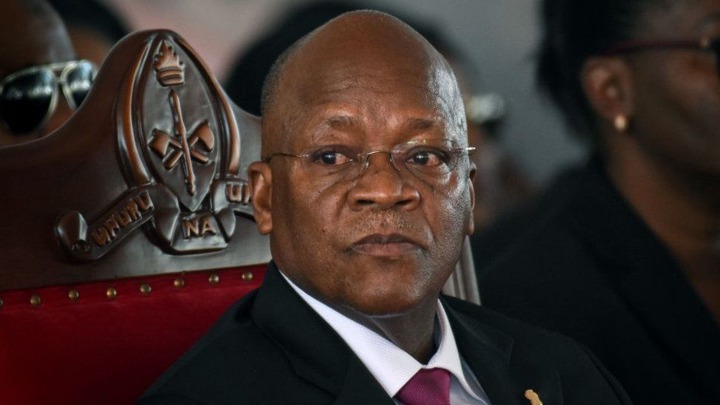 The late Tanzanian president John Magufuli was a no none sense leader on matters corruption. It is said that he had interests of common citizens at heart. He was eulogized as one of best head of state in Africa, having turned the face of Tanzania within a short period of time. He will be remembered for encouraging Africanism and promoting local industries. 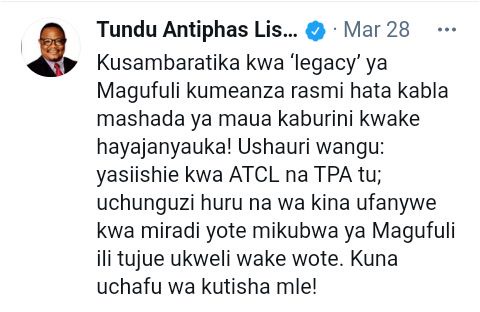 However, few days after his burial, Magufuli's legacy seem to be dashed as revealed by the opposition leader Tundu Lissu. Taking it to his twitter account, the said leader reiterated that the former president's legacy has started to be dashed. He requests proper investigation into all projects launched by Magufuli.

This comes as president Samia ordered investigation into financial accounts of money released between January and March 2021. The had of state indicated that things are not okay according to records, hence deeper probe should be done. It is clear that the said period was last days of late president's tenure, and all projects now under investigation was launched by him in his development agenda. This there would mean otherwise, if indeed it is found that money had been embezzled.