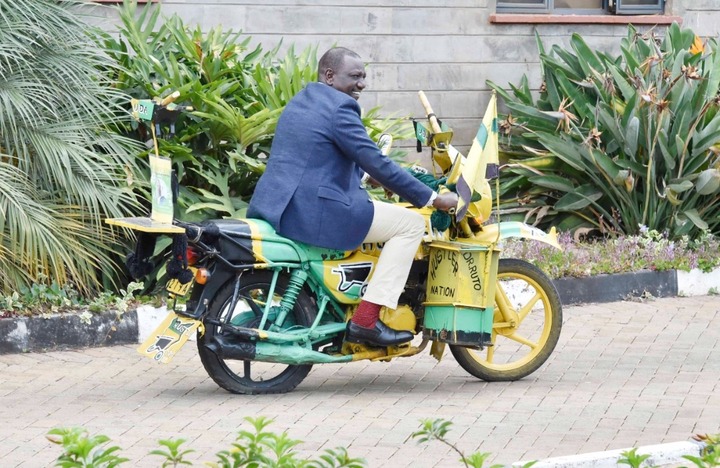 Kelvin Rotich, famously known as Transmara Equalizer had a golden opportunity today to meet deputy president William Ruto in His Official Karen Home, after He heard of the young man who is focused in taking the UDA Party to greater levels by being its top most Ambassador in all aspects.

Speaking through Twitter, UDA revealed that the Bodaboda operator who resides in Emurua Dikirr Constituency in Narok applauded Ruto for His commitment and caring heart for the needs of Kenyans whose life will be elevated by the Party's Bottom up Economic Model. 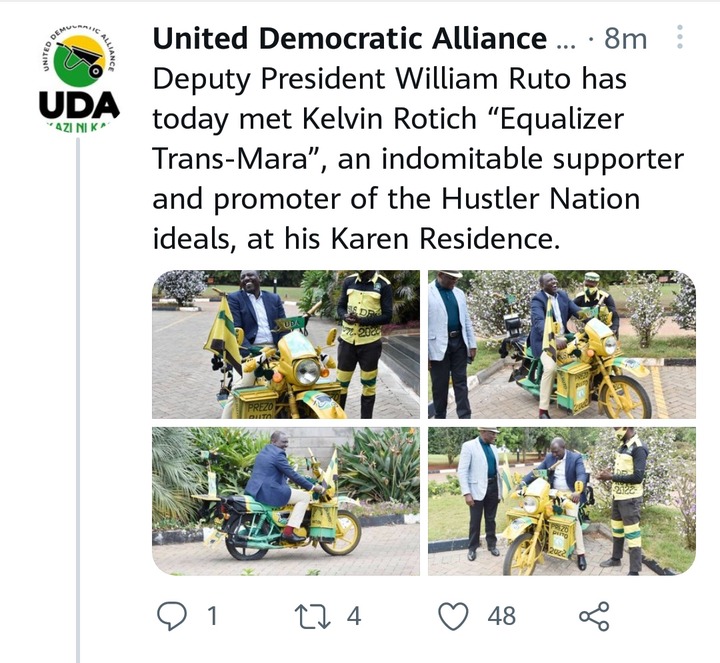 Rotich later bid Ruto goodbye and proceeded to the UDA Headquarters to meet with the UDA secretary general Veronica Maina who registered Him officially as the Party member and even tasked Him with the responsibility of being the top promoter in the grassroot levels. 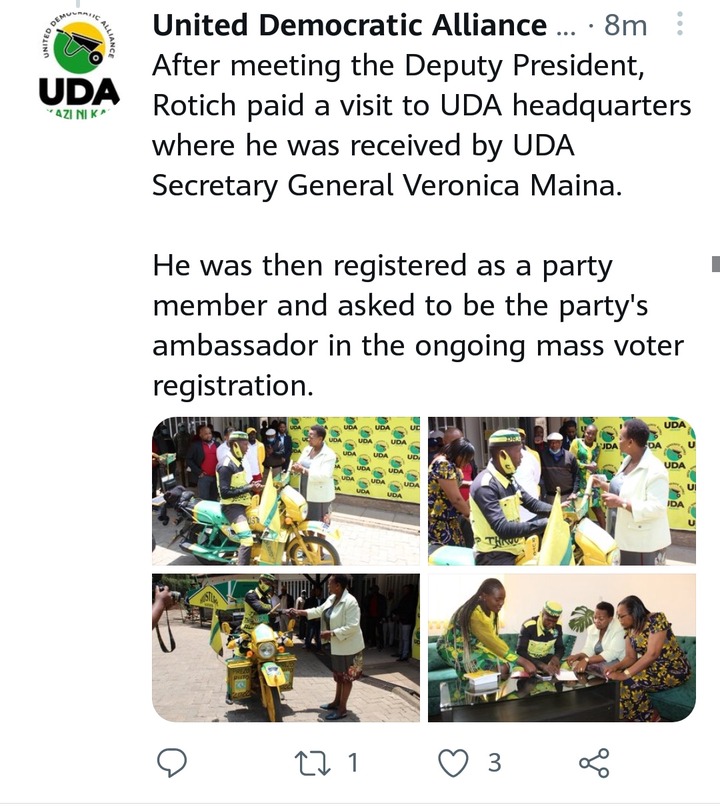 According to photos taken in Karen, Ruto was seen sitted on top of Rotich's Motorbike and even took a ride inside Karen while enjoying the Machine. They were later seen inside Ruto's Office, sitted and chatting together. Former Machakos Senator Johnson Muthama was also present.

Also at the Headquarters, SG Veronica was pictured taking Fingerprints of Him together with other two Women who were helping in the exercise, and later left the buildings on His way back to His Home.

Rift Valley has been a hot spot for such UDA promoting strategies, where buildings, Cars, Motorbikes, Business Houses and even clothes have been painted with the yellow UDA colors, that has dominated the Kenyan Politics, and considered as the largest Political movement.

The second in command has also been demonstrating His sayings of helping and associating with the poor in the society, by organizing meetings with the poor Businessmen and Women who are the key runners of the economy and empowering them to promote their businesses.

UDA supporters were very exited due to the 'calm' nature of Ruto, who received the Hustler well in Karen, and engaged Him in the most appropriate manner ever.

When Was BBI Or Handshake Minister For Agriculture? Raila Ally Ask Tough Question To Ruto