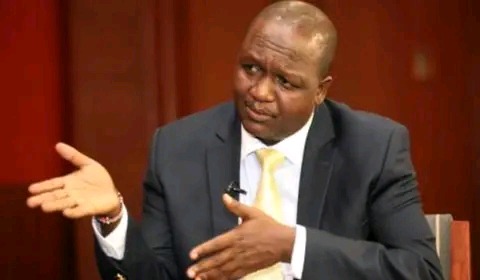 William Kamket, a Tiaty MP, has congratulated Wiper Party Leader Kalonzo Musyoka on supposedly accepting and joining the Azimio One Kenya Coalition, claiming that Kalonzo Musyoka has now recognized that the Azimio coalition will become the next government.

MP also commended Raila Odinga, the leader of the Azimio One Kenya Coalition, on picking Martha Karua as his running mate. He believes Karua is the finest individual to tackle their Kenya Kwanza division competitors. According to Kamket, their opponents' leadership is made up of crooked individuals.

He said Kalonzo was shocked after Martha Karua was nominated as Mr Odinga's Running Mate but after careful consideration, he finally agreed to join the Azimio coalition.

Honorable Kamket also praised his party leader Gideon Moi, who he said had convinced Kalonzo to rejoin the Azimio faction.

Congratulations to Gideon Moi for talking to each other, they have sat together, they have sung together so far the words have come in handy. Our government (Congratulations to Gideon Moi because he talked with his friend, they sat together, sing together until now that agreement has been reached. "The government is ours)," Kamket said. 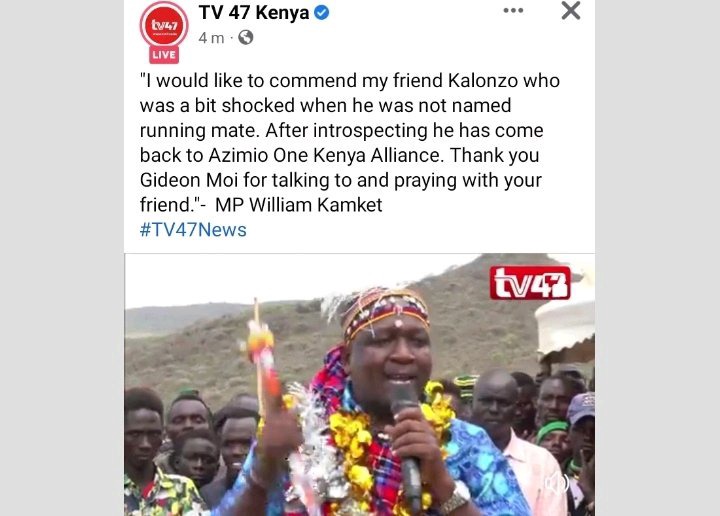