A report by the Standard has revealed that Deputy President William Ruto is on the verge of reaping big ahead of his first stab at the presidency in the 2022 General Elections.

The same source told the daily that the Tanga Tanga camp is likely to convince the second OKA principal to join the DP's camp adding that talks are in top gear to that effect.

The report indicates that the two major political signings are expected to make public their entry into the Hustlers Nation in December this year and January 2022, a move that is likely to bolster the DP's chances of succeeding President Uhuru Kenyatta.

The paper at the same time notes that there are ongoing talks behind the scene among people close to President Uhuru Kenyatta and his deputy in a bid to have the two strike a pre-election deal. 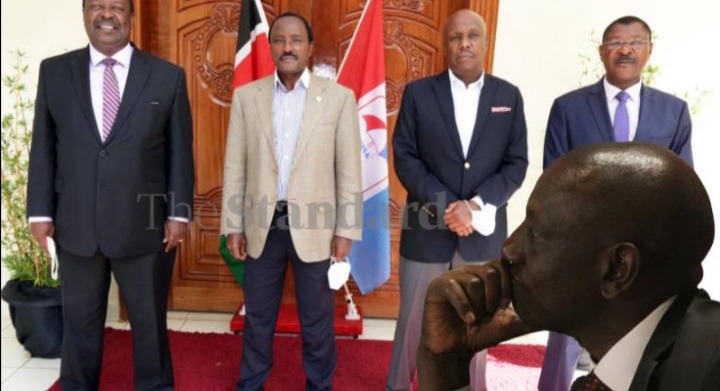 According to the paper, the deal is likely to see the President and the DP agree on some powerful govt positions that will be shared among them.

The development leaves the ODM leader with tough political choices to make given that losing any of the OKA leaders to the Tanga Tanga camp will be a huge blow in his quest to win the presidency,