President Uhuru Kenyatta's family has been linked to a freshly released declassification that has exposed how the rich and mighty have stashed billions of shillings in offshore accounts. 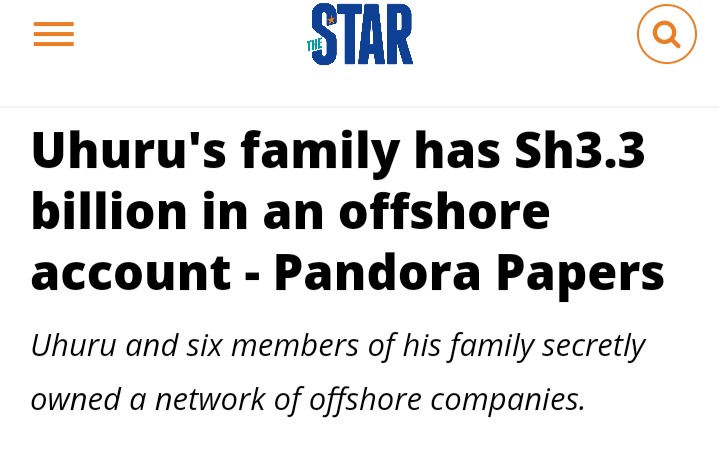 Uhuru and six members of his family secretly owned a network of offshore companies, according to records obtained by the International Consortium of Investigative Journalists (ICIJ) and shared with more than 600 reporters and media organizations around the world. 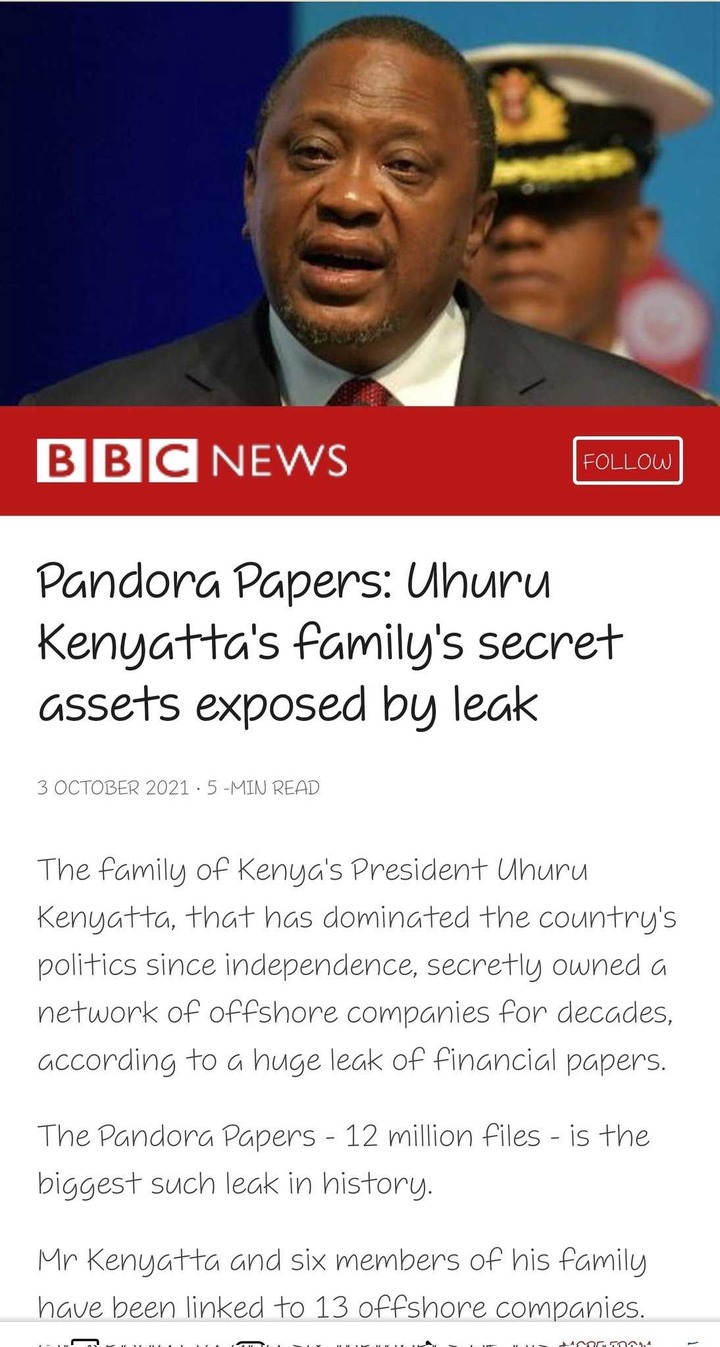 They have been connected to 11 firms - one of which was esteemed as holding resources of US$30 million (Sh3.31 billion).

As indicated by ICIJ, the spilled records recorded Uhuru and his mom as recipients of a clandestine establishment in Panama.

Other relatives, including his sibling and two sisters, own five seaward organizations with resources worth more than $30 million, the records show, the examination uncovers. 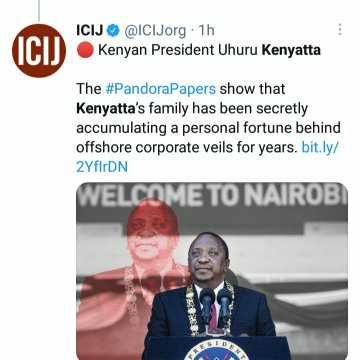 "Kenyatta and his family didn't answer to demands for input," ICIJ said. Notwithstanding, ICIJ says that the Kenyatta family started to collect a lot of its seaward abundance before Uhuru became President. 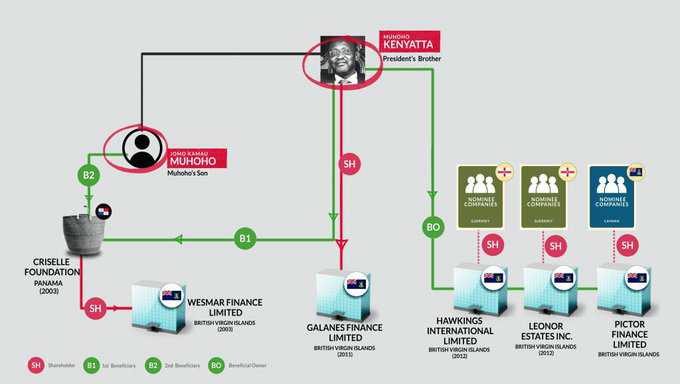 The guardian reported; "In Kenya, the president, Uhuru Kenyatta, has depicted himself as an adversary of debasement. In 2018, Kenyatta, told the BBC: "Each local official's resources should be announced freely so that individuals can address and inquire. 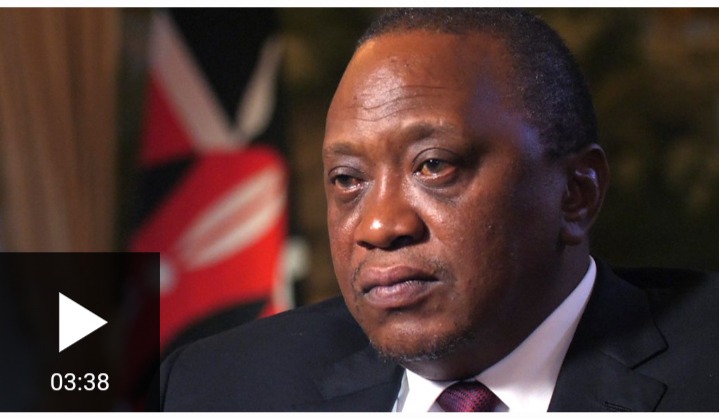 The Man From Sugoi Would Lead Kenya 'Unto Darkness And Death' - Makau Tell Kenyans.