NCIC Warns Politicians On Using These Words And Statements

By BOYDFUNATECH (self media writer) | 5 months ago

As the political heat in the country intensifies, the National Cohesion and Integration Commission has considered incitement and ethnic profiling as a threat to peace and harmony. 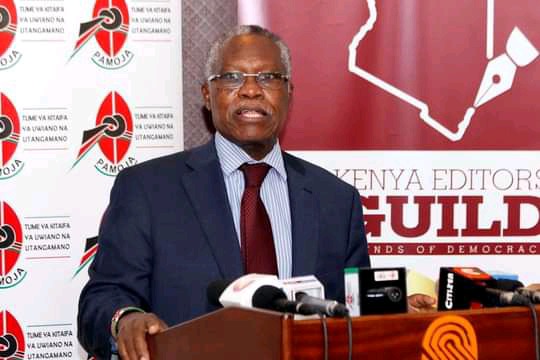 Due to the existing situation, the commission has now issued a stern warning to anybody who will be found using the following words.

The term elimination is now out of use in the political arena as the country prepares to go to polls in August.

Other statements that have been blacklisted include kill, fumigation among other words.

Slang statements have also been prohibited including operation Linda Kura, kama mbaya mbaya among politicians and their supporters.

Ethnic profiling has also been outlawed and considered as a threat to national unity.

The commission has affirmed that anybody who will use phrases like cockroach or mende in Kikuyu, kihii, uthamaki ni witu in Meru, mwiji to mean uncircumcised man in Kalenjin, to to mean people with brown teeth, otutu meaning uproot the weed, ngetiik among others will face the law.

Speaking in Nairobi, the commission's chairman Dr Samuel Kobia said the decision to take action has been made in order to prevent blood shed in the country and promote peace.

Hatupangwingwi which is always used in DP Ruto campaigns has also been declared illegal, however, tibim and tialala which which are popular in Azimio have not been banned.

Kenyans Left in Stitches As Doctors Surrender Hospital They Bought for Ksh 4.2M to Govt