What Mudavadi Said About Gachagua While Talking to a Mt Kenya Governor. 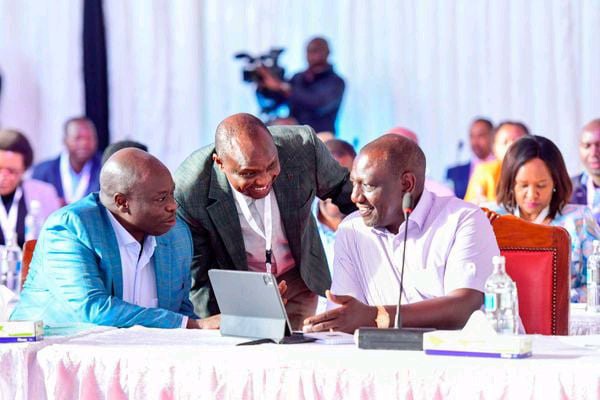 The two have been viewed as engaged in a struggle for supremacy for several weeks, with politicians and commentators speculating that President William Ruto is on Mudavadi's side.

He has since disclosed to Nyeri governor Mutahi Kahiga that the alleged war is untrue and that he has no difficulties with Gachagua.

Kahiga claims that after contacting the former vice president about the situation, he received assurances that everything is well and that Gachagua has also ruled out a confrontation.

The governor now wants Kenyans to concentrate on how well the administration is being run and ignore those who are trying to spread misinformation.

“I have held talks with both Musalia and Rigathi and there is no bad blood between them. The fact of the matter is that the government is being run well. We should not send the wrong messages to the people of Kenya. We are sailing well, but of course, there are storms in the sea once in a while,” he said on Friday as is quoted by the Daily Nation. 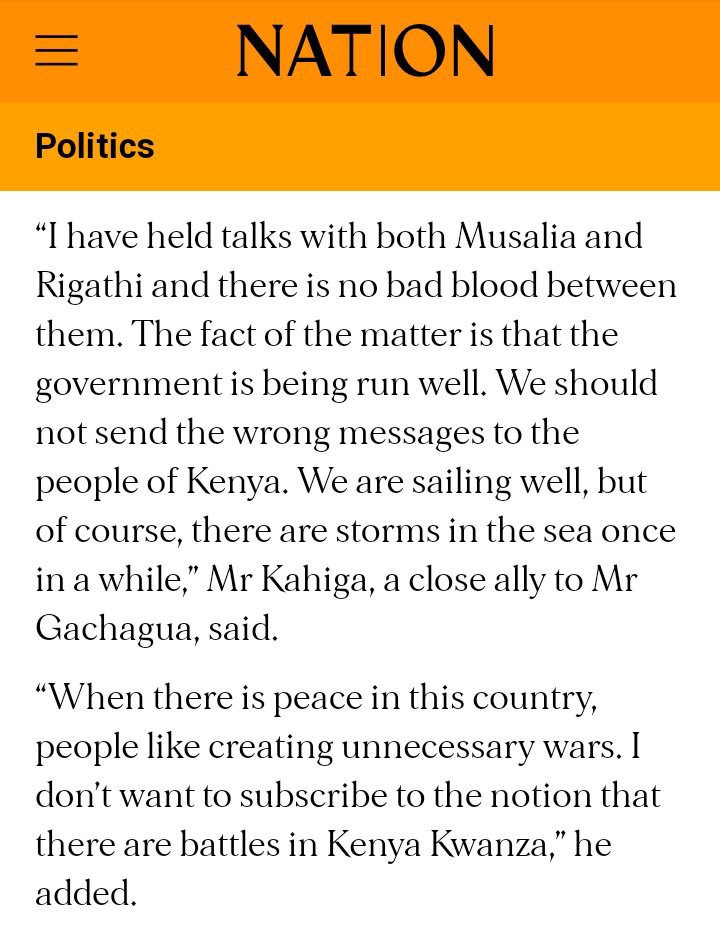 He has said that there is no way there can be a power tussle between the two, since Gachagua was elected alongside Ruto and will always be above Mudavadi who is an appointee of the two.

Ruto has been accused of fuelling the said war by making Mudavadi look bigger in government. On Monday, for instance, he rearranged his government and made Mudavadi the man in charge of overseeing Government Delivery Services (GDS).

Gachagua, on the other hand, was put in charge of overseeing reforms in the coffee sector, which his critics, like Jubilee Party Secretary General Jeremiah Kioni, say makes him answerable to Mudavadi.

"The assignment of Mr Mudavadi as the government officer to oversee Government Delivery Services (GDS) is an elevation above DP Rigathi who will be chairing Cabinet committees and probably reporting to Musalia on the services,” he told Daily Nation earlier in the week.