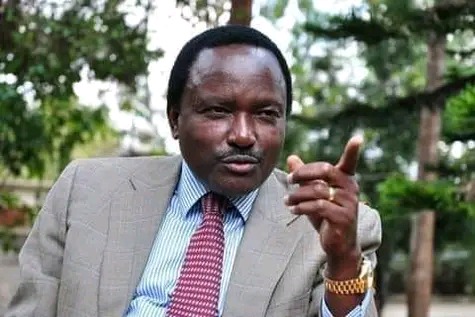 Paloma Gatabaki, the secretary general of the Wiper Democratic Movement party and a Kiambu gubernatorial aspirant, has disclosed information regarding a meeting held today by his party's leader, Kalonzo Musyoka, and his running mate Andrew Ole Sunkuli.

Paloma claims in a tweet that Kalonzo has issued ultimatums, stating that he will never contemplate any title that includes the word "chief" and will instead run for president on his own.

"Chill afternoon at the SKM Command Centre with @TheWiperParty Presidential Nominee @skmusyoka and his running mate #AndrewOleSunkuli." Anything including the name "Chief" is off limits, according to Paloma Gatabaki. 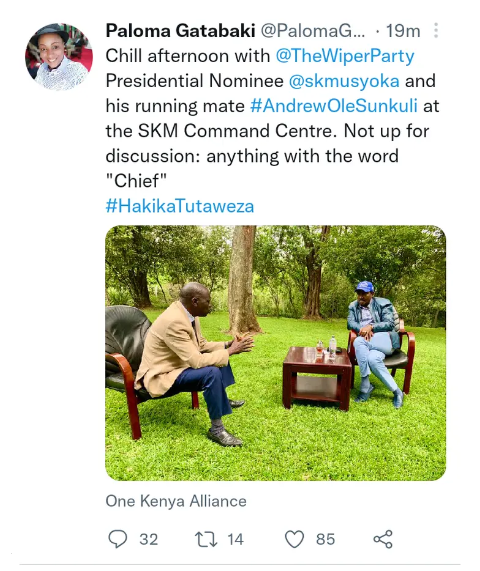 Raila Odinga announced Martha Karua as his deputy, saying that Kalonzo will be named chief minister once Azimio forms the cabinet, following several consultations. Others, including Peter Munya, Ali Hassan Joho, and Wycliffe Oparanya, would be appointed cabinet secretaries in charge of Agriculture, Lands, and Treasury, respectively.