The former President of the Law Society of Kenya Nelson Havi has finally opened up about an incident that happened today after the deputy president of Kenya, honorable William Ruto broke protocol to invite NARC party leader, honorable Martha Karua to Speak before inviting president Uhuru Kenyatta. 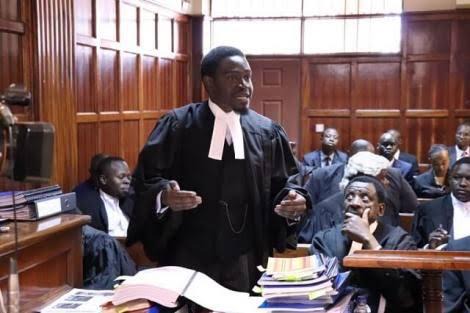 In an incident that happened today in the morning, the deputy president of Kenya went on to invite honorable Martha Karua to the podium before inviting his boss president Uhuru Kenyatta to speak after the former prime Minister of Kenya failed to show up.

Addressing this issue, Nelson Havi has praised the deputy president of Kenya claiming that he did the right thing by acknowledging Honorable Martha Karua. In his post, he claimed that this was the right thing to do in order to Show that no Politician is left behind.

While reacting to this incident, kenyans who took to their different social media accounts to express their opinions and suggestions on the matter have congratulated the deputy president of Kenya for doing this despite the fact that honorable Martha Karua is currently supporting his competitor, the former prime Minister of Kenya and Orange Democratic Movement party leader, honorable Raila Odinga.

However, others have called out the deputy president of Kenya accusing him of doing what he was not supposed to do in order to attract attention. According to the reports given by these kenyans, they claimed that he should have let Uhuru or other politicians invite her. 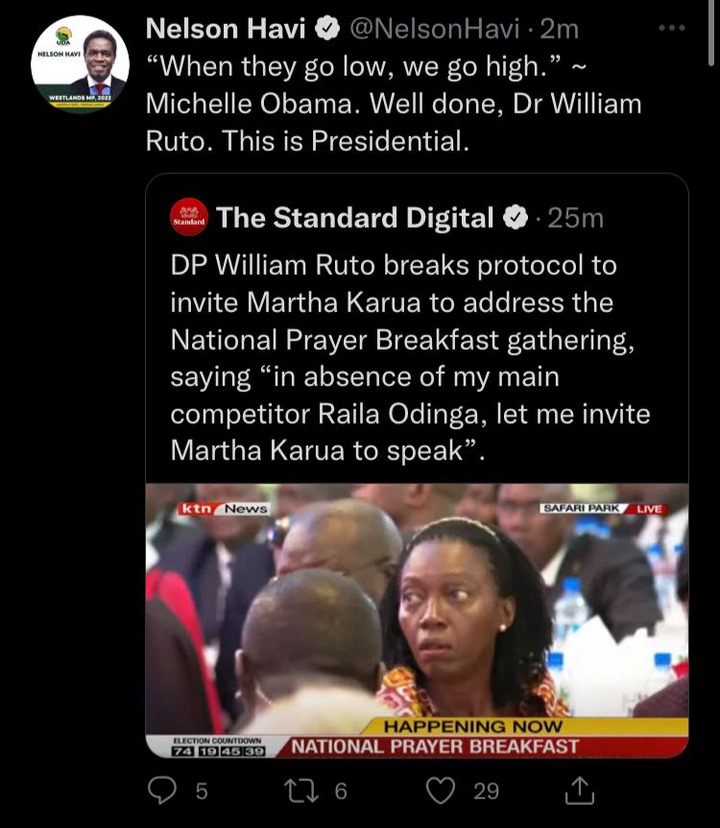