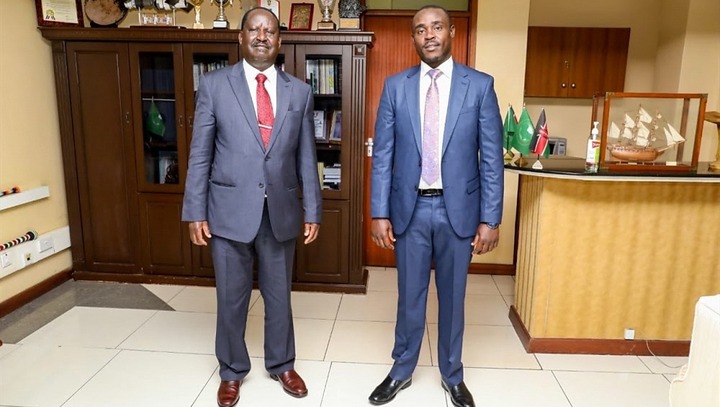 Over the last few days, Raila Odinga's allies have been having heated arguments on social media with their Tangatanga Counterparts, concerning the current ongoing Rhumous doing rounds that Raila is now pushing for the removal of the IEBC Chairman Wafula Chebukati from His position, due to His own selfish intrests.

However, this has been received differently by leaders from the other rival Parties who have condemned the move, saying that Kenya is a democratic nation and nobody should dictate on How things should be done. Kakamega Senator Cleophas Malala has led other politicians in attacking Raila Odinga.

Speaking through his social media handles, the Senator now says that Raila should stop His games because The independent electotal and Boundaries Commission Chairman Mr Chebukati , together with His Commissioners Mr Buya Mulo and Abdi Yakubu will never be removed from the position that they rightfully acquired through a constitutional process.

"We as leaders condemn Raila Odinga's proposals that Chebukati should be ousted for that position, together with His Commissioners Buya Mulo, Abdi Yakubu. We will fight Him to the end. We only need other new Commissioners to fill the empty positions that are there. "The Mp says.

He went on to claim that Raila Odinga has always targeted the Lugha Community because of His personal reasons. He added that Abdi Yakubu comes from a very small Lugha ethnic group and He should not be fought with such energy.

" We always know the secret Plans from Raila Odinga to re-arrange the Electoral commission because of His own benefits. He has always targeted His missiles towards the Lugha community, because He doesn't like them. Someone like Abdi Yakubu originates from a very small ethnic group and He doesn't deserve to be treated that way. "The Mp added. 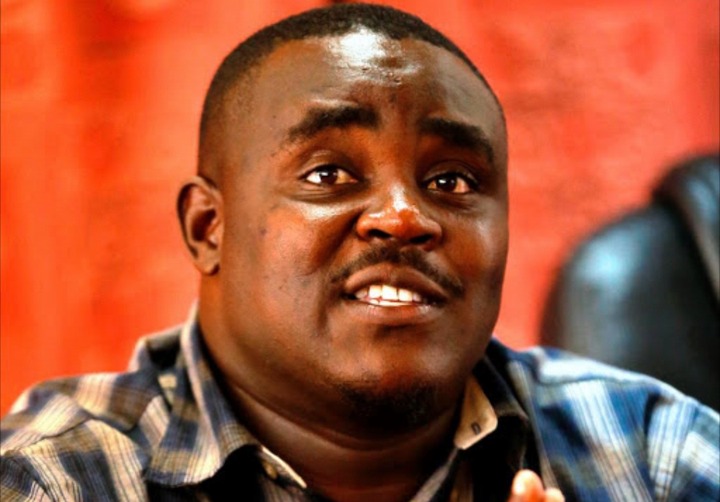 The Kakamega Senator however said that Chebukati is a very tough Man and that is why ODM Plans to remove Him from that position because He does not please them. He said that Chebukati is the head of the Electoral body and He is not supposed to please anyone. He instead called for ODM to join the race and accept the election results.

"We know you people don't like Chebukati because of His tough stance. He should not compromise His roles as an independent Officer so that He can please you. Just be ready for the electrons and If you loose, you accept." He added.

The Mp was reacting to the current situation in the Nation where the different political factions are weighing on the credibility of the IEBC as they plan to supervise the next general elections in the Country. Deputy president William Ruto and His allies have however not responded to the issue. 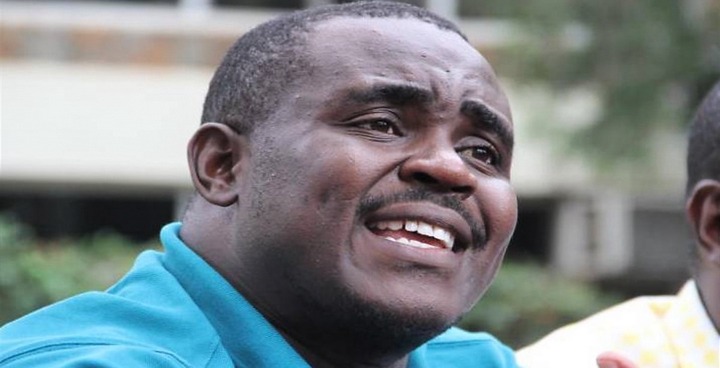 Uhuru Kenyatta during a public address two days ago announced that there are empty positions to be filled by new members in the IEBC, to make sure the commission is fully equipped with the right amount and qualified personnel even as we prepare to hold the elections in less than two years.

Raila Sparks Online With Tears by Remembering This

Ni Mrembo: Beautiful Photos of DP Ruto's Daughter Who Was Engaged to Nigerian Tycoon on Saturday

Why Many Schools May Not Reopen Tomorrow As Expected