With just four days to Kiambaa parliamentry by-election, Ruto's allies have continued to blame their opponents, Jubilee Party, of what they term as frustrating their efforts to clinch the Kiambaa parliamentry seat. The seat fell vacant after the untimely demise of the former area member of parliament Hon. Paul Koinange.

Ruto's team through the former State House employee an hustler nation spokesman, Dennis Itumbi has taken to his social media platforms to reveal how their opponents have ensured that they don't reach out to their supporters during this last minute campaigns. 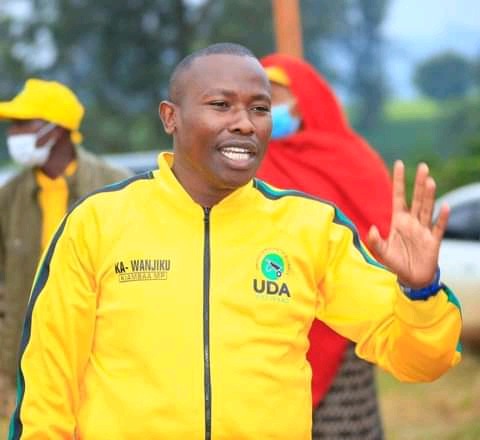 Itumbi revealed that their team organised for a football tournament which began in the last week of May and the finals were to be played on Sunday 11th July 2021 at Karuri primary school.

However, he said that the arrangements have thwarted after their opponents, the Jubilee party on the night of Saturday 10th, took chairs and tents to the venue claiming they too have a function there. 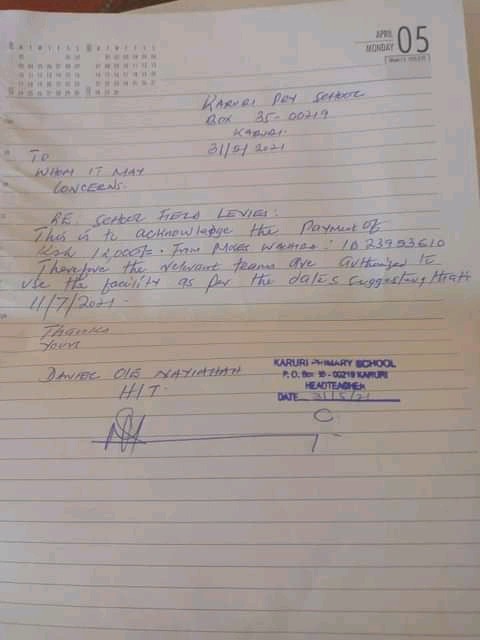 "Jubilee has tonight taken tents and chairs to Karuri primary school apparently to hold a function there," Itumbi revealed.

Itumbi further noted that their UDA candidate Njuguna Wanjiku spent a lot of money in organising for the event by even paying for the slashing of the grass and leveling of the ground.

"Jubilee is looking for a fight, we will not fight them. If they lock the school, we will pray for them," Itumbi added. 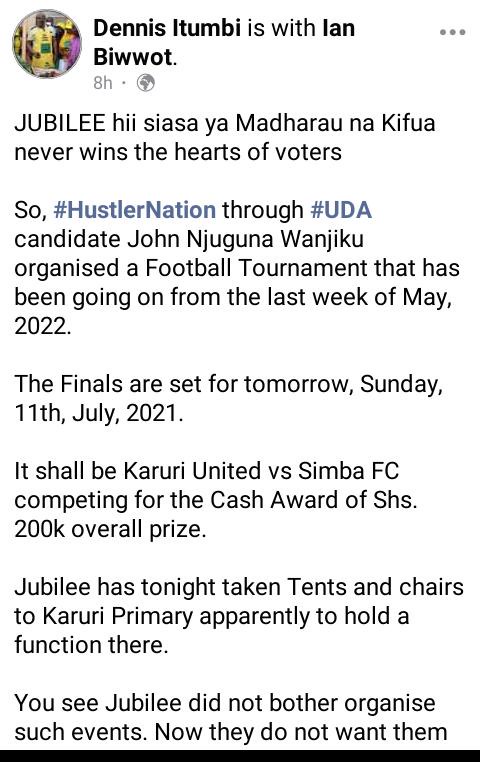 How to lead a good relationship (3 Dating tips).

Kenya Not Secured After These Suspicious Things Found In Lake Victoria

Diana Reveals That Her Family Is Not Feeling Well.

The Enigma, Internet Brought To Standstill As Raila Odinga Shares An Old Photo of Himself

Meet The Former Mayor Who Is Now A Bodaboda Rider.