Details have emerged how political game was played upon the youths to make sure that they attend the last Presidential rallies ahead of the forthcoming elections. This comes a time when ODM Chief Raila Odinga had a mega rally at Kasarani while the Deputy President William Ruto had his final campaign rally at Nyayo National Stadium. Both venues were filled to capacity with youths donning in the respective colours for the coalitions.

A report now shows that the youths were paid to attend the rallies and it now emerges that some youths attended DP Ruto's rally and after being paid, they changed the UDA branded T-Shirts to Azimio T-Shirts in Kasarani.

A report by Sky News showed that a section of youths was paid to attend the rallies.

According to a report by United Kingdom TV station, the youths who were donning UDA t-shirts revealed that they had been paid Kshs. 500 to attend Kenya Kwanza rally at Nyayo Stadium.

It happens that moments later, the same youths were seen changing their UDA branded t-shirts and donning Azimio tops. 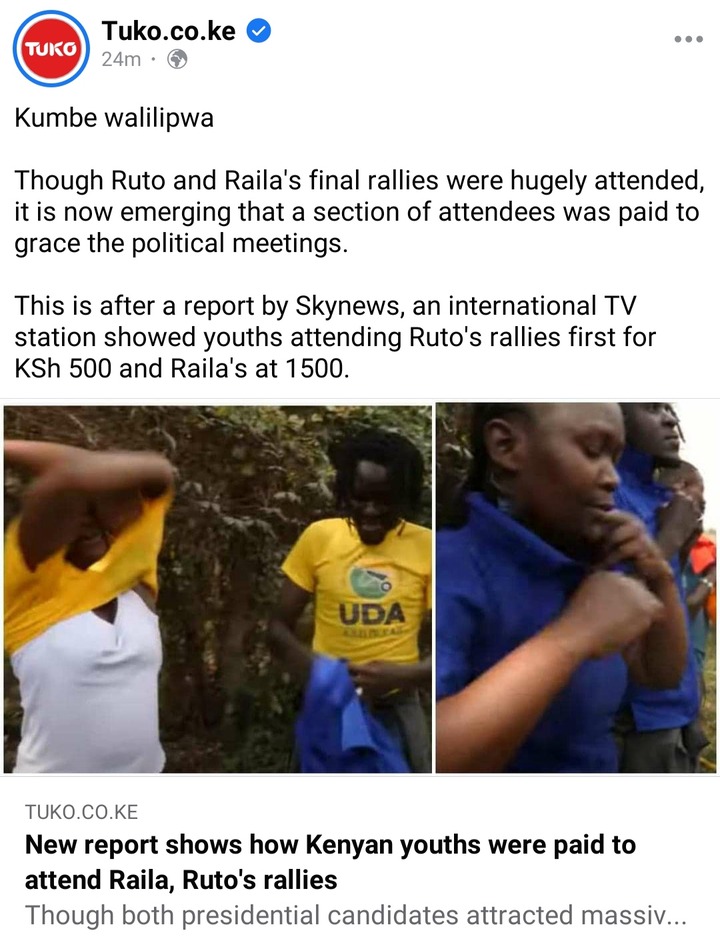 "For this one, we got Kshs. 1500. We will be voting on Tuesday because it's our democratic rally. Everybody wants money and so when given money, you cannot refuse to take it," The youths said while heading to Raila's campaign rally after changing into Azimio branded wear.