Reaction From Kenyans After The Star News Headline, "Ruto Guards Kicked Out Of Kenyatta Team."

By AfriTIMESTV (self meida writer) | 1 months 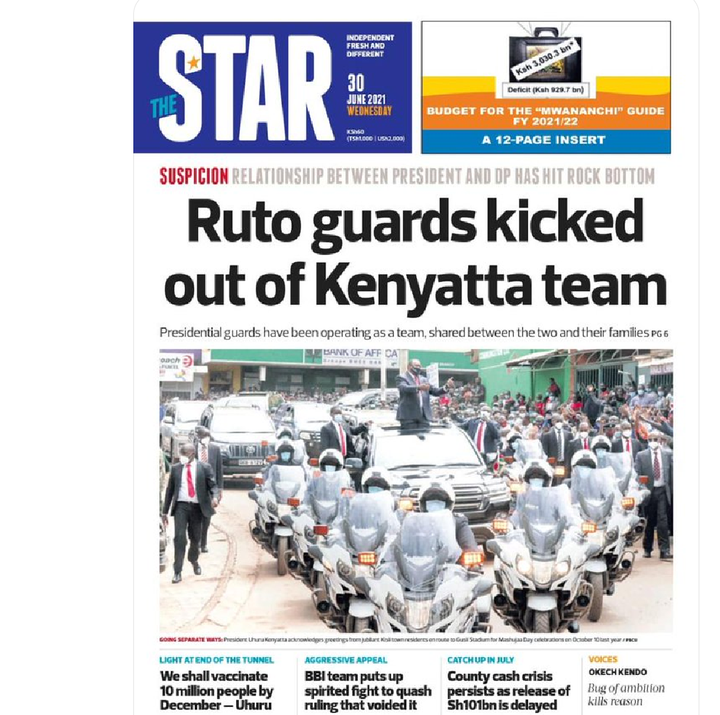 Hours after the Star news paper reported that President Uhuru Kenyatta has kicked out security guards allied to Deputy President William Ruto from his team, Kenyans have taken to social media to express their views on the same.

According to The Star Newspaper, in an escalation of differences between the country’s top two leaders, presidential guards attached to the First Family now report directly to State House. Those attached to Ruto report to his official residence in Karen.

Adding that the guards have, since the administration assumed office in 2013, been operating as a unit and could be deployed interchangeably to the two leaders and their families.

Furthermore, the news outlet reported that the changes in security arrangements have also affected guards of retired President Mwai Kibaki and his family members.

Apparently multiple sources within the presidency told the Star that the move was informed by the souring relationship between Uhuru and Ruto.

Others said the changes are part of measures to tame the spread of Covid-19 between the two high-profile offices.

Taking to Twitter, Kenyans had different opinions on the same some terming the news as "fake." Adding that if it was to be true, it will only mean that their two police commands at the top. Here are some samples of views from Kenyans. 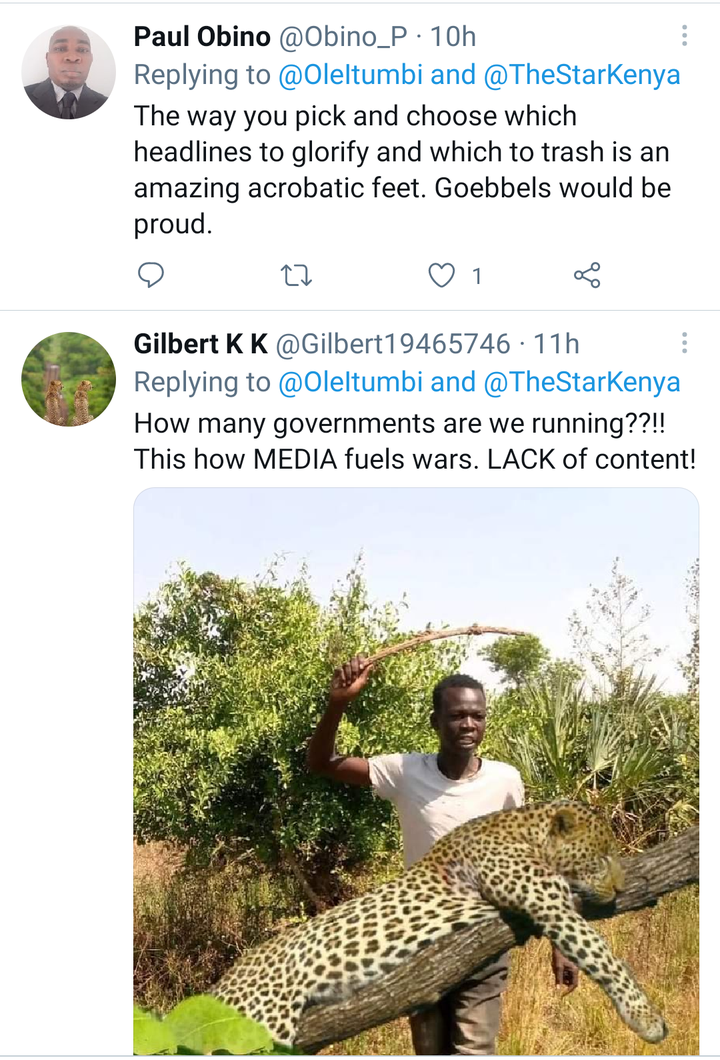 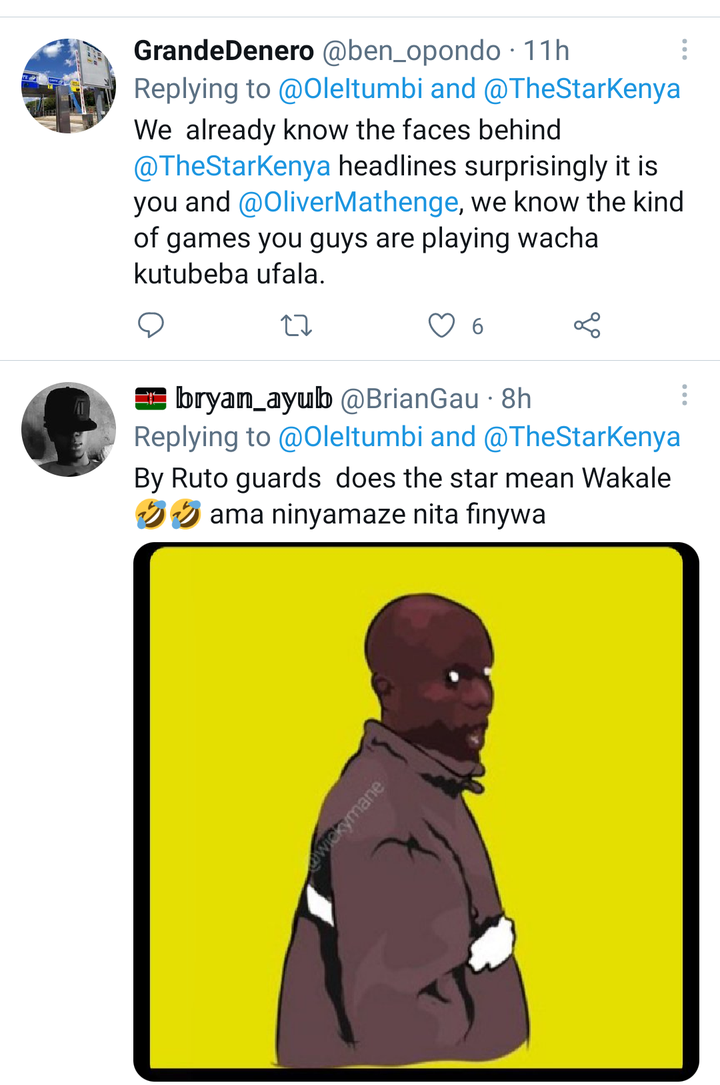 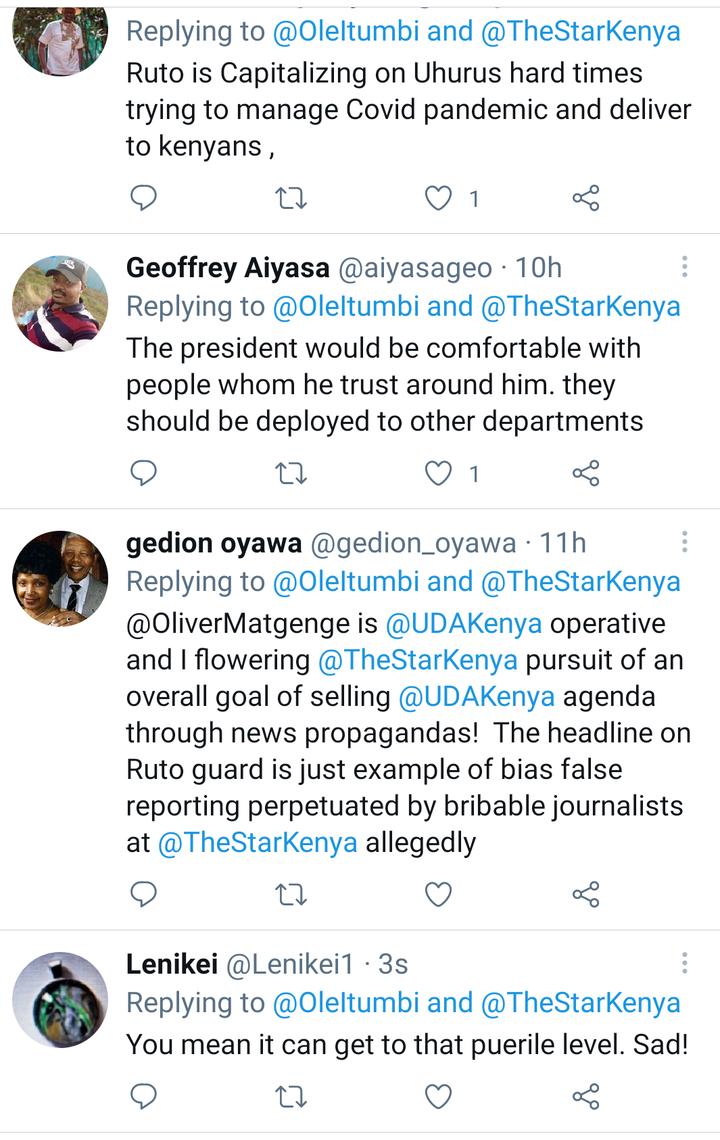