Breaking Azimio? Why Jubilee Might Leave Azimio And Join Another Coalition Or Stay Alone {Opinion}

By Ruffinant6 (self media writer) | 2 months ago 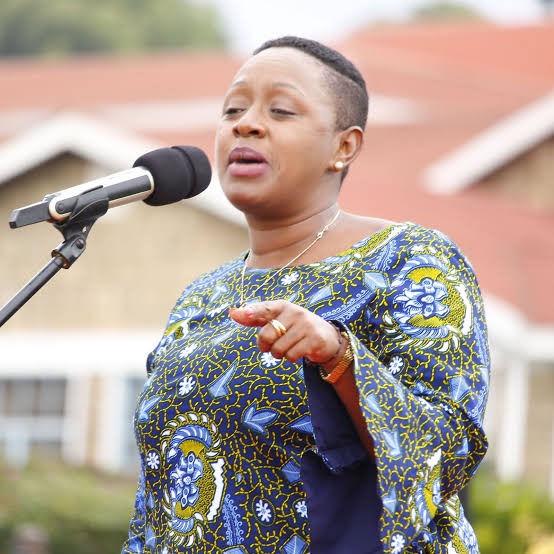 Mordern day kenyan politics has proven that it is not only numbers that matter, but also a will of honesty and committing to signed deal and agreement that can make a coalition of many parties, stick together especially after winning or nearly winning the hotly contested seat in a general election.

This is if the nasty break up and split of bigger Jubilee and National Super Alliance, (NASA) a few months into the previous polls can be any thing to borrow from. In the papers however, a seemingly growing crack into Raila and Uhuru led Azimio movement, has been reported with fingers pointed at the Orange party. 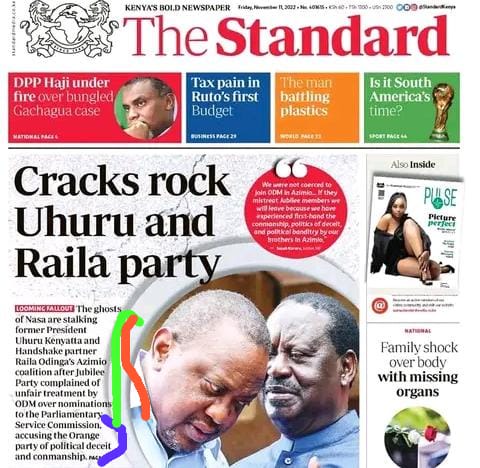 And just like the other times when the politics of deceit and conning each other were cited, a similar cry has been rented by Jubilee party of Kenya, which according to the 'People Daily' is already making Jubilee party to call for an out from the agreement. The question is, will it be the start for breaking Azimio? 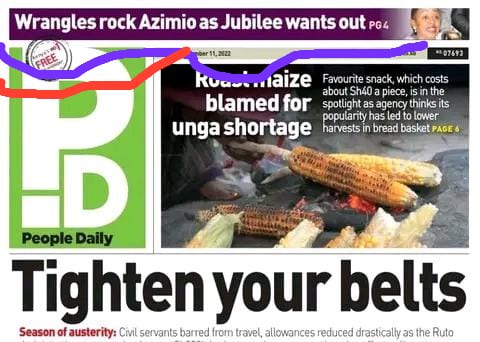 According to my own honest personal opinion and views in general, it's not the first time that Orange Democratic Movement party, is called for not committing to their agreements and an amazing move lies ahead, where Jubilee may leave and join another faction or stay alone on the contrary. What do you think will eventually happen to Azimio? Comment below.